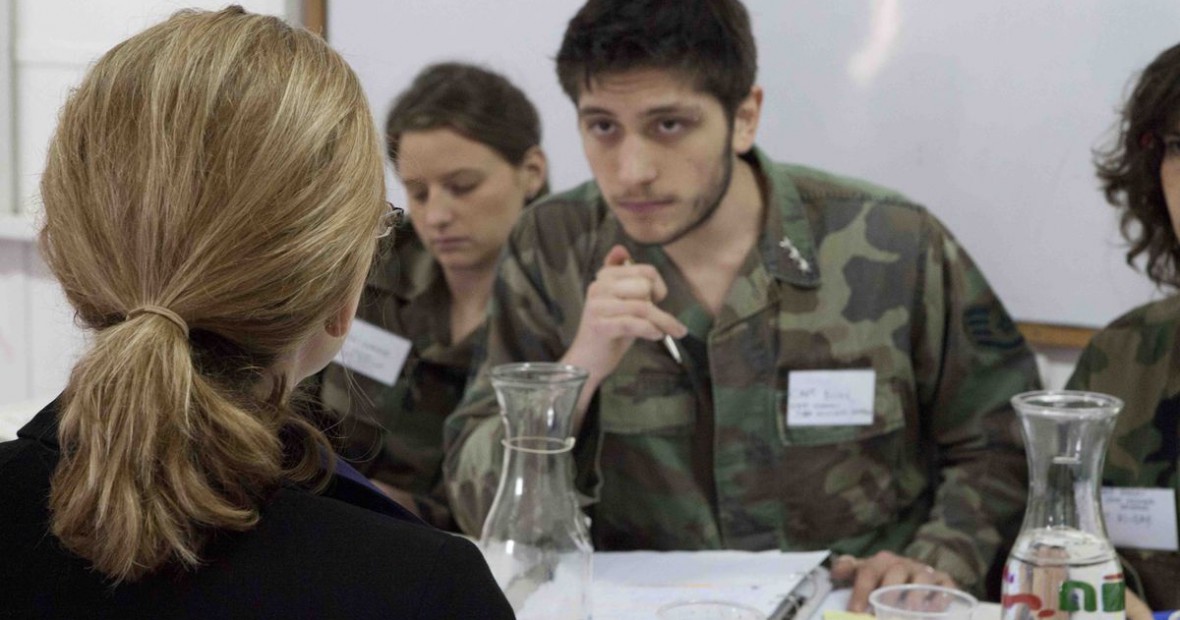 Every year the International Committee of the Red Cross with the assistance of ALMA (the Association for the Promotion of International
Humanitarian Law in Israel) are organizing an International Humanitarian Law competition for students at Israeli universities. For some, it’s their first encounter with International Humanitarian Law and how it protects people during conflict. Twenty-four-year-old Adam Broza, a student of Government, Diplomacy and Strategy at the Interdisciplinary Center at Herzliya heard about the competition from a friend. Here, Adam explains how his encounter with IHL helped him understand its importance in today’s world – and shaped his future career. 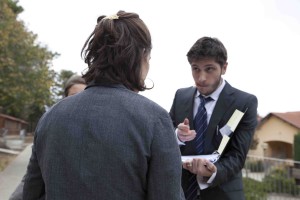 In preparations to another test.

Everyone comes to International Humanitarian Law (IHL) for their own reasons. Coming from a non-legal background, I was generally very suspicious of the concept of “international law” in the best of circumstances; I was downright cynical of professed rules in war. But the most cursory glance at IHL reveals that even the most egregious violators at least pay lip service to it. This intrigued me instantly: if these actors cared enough to pretend, then they were playing the game whether they liked it or not, and if they were in the game, then their behaviour could be influenced.

Nevertheless, there were dilemmas that I had to grapple with before I could accept the concept of IHL.

International Humanitarian Law purports to inject humanity into armed conflict, a situation seemingly devoid of humanity, and it is legitimate to question whether something so inherently brutal can ever be humanized. Moreover, doesn’t the “regulation” of armed conflict implicitly legitimize the institution of war as such? And if so, wouldn’t my time be better spent studying conflict resolution? With this in mind, I asked myself why would I go into this field in the first place?

The short answer is that I don’t know how to answer these questions. What I do know is that IHL effectively shapes the conduct of warfare on a daily basis—and I’d rather live in a world with IHL than one without it. The victims of armed conflict aren’t going to wait around until we find a way to avoid war entirely. I want to help them now.

But getting into the field was daunting. IHL is an extremely demanding and particular branch of law, and an aspiring student has to familiarize him or herself with countless reference materials of varying age and relevance — all with their own special brand of legalese.

Adding to the barriers for entry is the difficulty of gaining experience: jobs in the field of international law as a whole are already few and far between, and they invariably require specialised experience. So where could I start?

My access into IHL came through the ICRC in Israel’s National Competition on International Humanitarian Law. The competition is a week-long, simulation-based exercise aimed at testing the limits of participants’ theoretical and practical IHL knowledge in competitive role-playing simulations.

The competition was the perfect entry-point. Under the discerning eyes of the judges and organizers—all IHL practitioners—the competition paces three-person teams through simulations reproducing the experiences that the IHL practitioners have to cope with on a daily basis: negotiating access for humanitarian relief, convincing stubborn organized armed groups or generals to apply a particular interpretation of the law, presenting the legal basis for a particular military operation and, in some cases, shielding your party’s actions from legal action.

The competition was the most enjoyable experience of my academic career—but the realistic simulations didn’t allow me to lose sight of the urgency and reality of the issues IHL addresses. Euphemisms commonplace in IHL, such as “targeted killing” and “collateral damage”, never wholly displace the harrowing testimonies you have to study while preparing. You never forget that, in the real world, lives would hang in the balance depending on your every word.

The competition gave me the experience I needed to land my first internship at the Institute for National Security Studies —and from there, subsequent positions presented themselves rapidly. Most recently, as a project researcher and rapporteur at Oxford University’s Institute for Ethics, Law and Armed Conflict, I had the privilege to attend an expert IHL meeting of the very kind I had simulated only a few years ago. I felt right at home.