“In recent years, States have had to confront a threat emanating from individuals and non-State armed groups that resort to acts of terrorism. In response, States and international organizations have developed increasingly robust counterterrorism measures… The International Committee of the Red Cross (ICRC) condemns acts of terrorism regardless of their perpetrators, whether or not they are committed in the context of armed conflict. At the same time, the ICRC is concerned about the humanitarian consequences of counterterrorism operations…

The ICRC is worried by the frequently held misperception that International Humanitarian Law (IHL) does not apply or applies in a modified manner to groups or persons designated as terrorists, and to their families. [At the same time, the ICRC is concerned about] penal laws criminalizing any form of support to individuals or groups designated as ‘terrorists’…. [which] have impeded – or even prevented – impartial humanitarian action, to the detriment of those in need.” Extract from the ICRC 2019 Report on International Humanitarian Law and the Challenges of Contemporary Armed Conflicts. 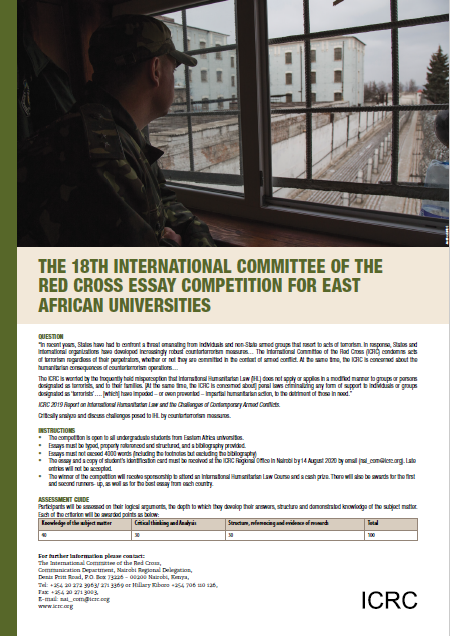