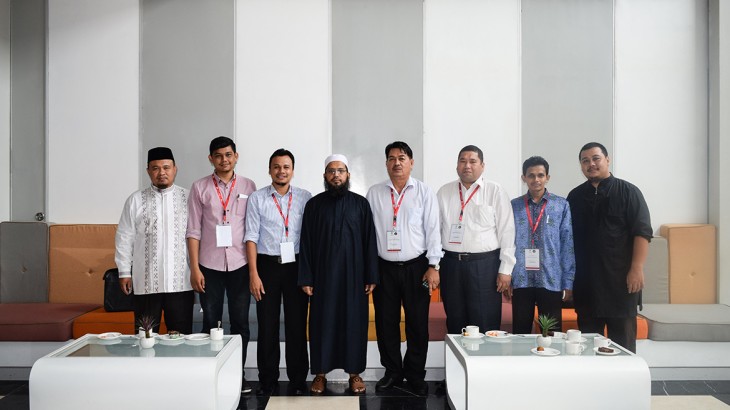 Located at the far northern end of Sumatra, the Indonesian province of Aceh is a region steeped in Islamic tradition and home to a number of prestigious Islamic universities and institutions. Over a decade after the devastating earthquake and tsunami in 2004, the ICRC organized the “1st Certificate Course on International Humanitarian Law (IHL) and Islamic Law” with a number of Indonesian and international Islamic scholars.

This year’s event in Aceh, co-organized with the Sharia in Law Faculty at the State Islamic University Ar-Raniry, aimed to train a range of lecturers and sharia law experts in Islamic law relating to armed conflict. Though the first such training in Aceh, similar courses have previously been run in Jakarta and Makassar, the provincial capital of South Sulawesi.

“The event in Aceh was extremely successful,” said the ICRC Regional Advisor for Humanitarian Affairs, Mr Andrew Bartles-Smith. “This certificate course introduces Islamic law academics and experts to a variety of humanitarian issues and explores ways in which they can contribute to solving humanitarian problems and alleviating suffering,” he said. The course in Aceh was part of the ICRC’s global work of engaging with the ulema and Islamic law experts.

Since the late 1990s, the ICRC has been developing a working relationship with Islamic circles, academics and civil society in countries such as Pakistan, Afghanistan, Iran, Jordan, and more recently, Indonesia.

This training was greatly enhanced by the presence of many prominent international scholars and Islamic law experts from countries like Singapore, Malaysia, the Philippines, Thailand, Japan, Bangladesh and Egypt. Their insight and experience strengthened the range and depth of the discussions.

Director of Shariah Academy at Islamabad-based International Islamic University Prof. Muhammed Munir was invited as the keynote speaker. In his address, Prof. Munir shared his expertise and views on the relationship between IHL and Islamic law. His talk focused on three key areas: an introduction to IHL and Islam, the protection of non-combatants in Islam and the status of detainees in Islam.

“We hope that men and women who come from deep-rooted traditional Islamic backgrounds can use their existing knowledge and experience to help the ICRC and play a role in humanitarian work,” added Bartles-Smith.

In addition, Mrs Rina Rusman, the legal adviser at ICRC Jakarta, introduced the participants to a number of key IHL-related issues, notably the classification of conflict and the protection of people and objects in war.

After the course ended, the participants visited the historical city of Banda Aceh, including a stop at the Tsunami Museum and the iconic barge that was swept inland during the 2004 tsunami. The group also soaked in the grandness of the beautiful Baiturrahman mosque.