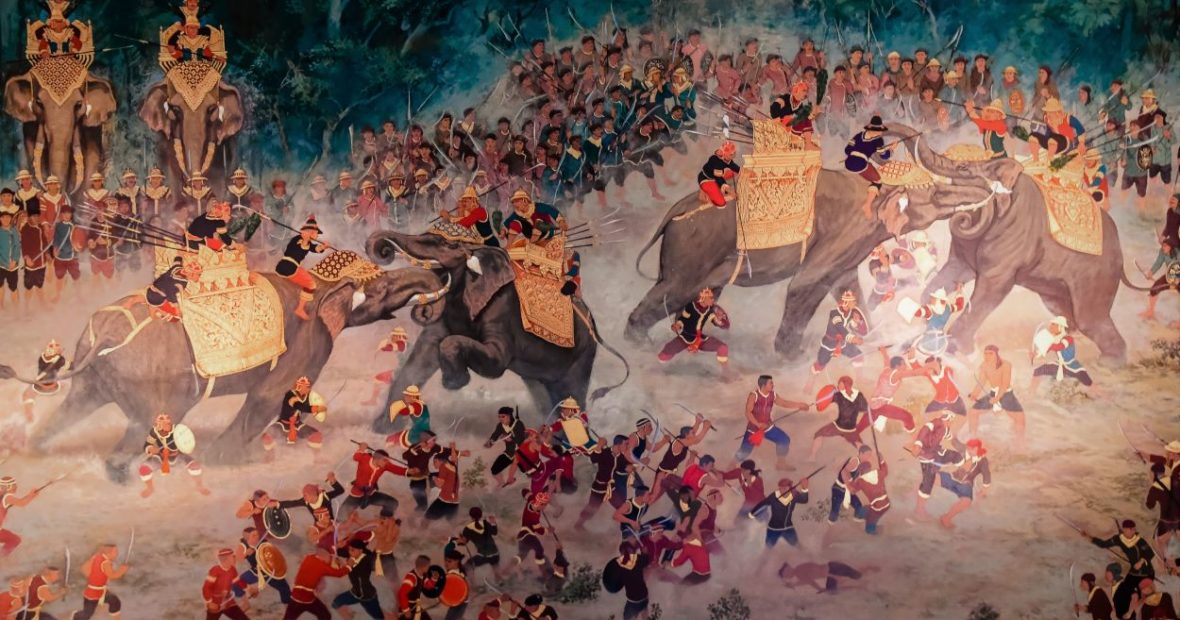 In this article, Daniel Ratheiser and Sunil Kariyakarawana examine the apparent paradox between Buddhism and the military. By drawing on canonical Buddhist teachings as well as voices from the Sangha and Buddhist military practitioners, they challenge the idea that serving in the military is necessarily at odds with Buddhist ideas of ahiṃsā, karma and skillful (kusala) action. They then explore what guidance Buddhist teachings provide to soldiers and its implications for military training, arguing that Buddhism endorses the maintenance of disciplined, virtuous and skilled military forces to defend what is good.

Daniel Ratheiser is the International Committee of the Red Cross (ICRC) Regional Advisor for Humanitarian Affairs in Asia. He pursued international economics and religious sciences at the South Asia Institute, University of Heidelberg, George Washington University and University of Maastricht, where he graduated with an MA. He has held various consulting roles in India and China, and taught at the Max Mueller Bhawan. His research covers topics ranging from historical cultural exchange to contemporary interfaith relations, focusing on cultural relations between China and the Indian subcontinent.

Sunil Kariyakarawana obtained his BA honours degree (first class) in linguistics, literature and philosophy from the University of Kelaniya in 1983. In 1985, he won the Commonwealth Postgraduate scholarship offered by the Commonwealth Association of Canada and completed his master’s in theoretical linguistics at the University of Ottawa. He has been lecturing on Buddhism, philosophy, theoretical linguistics and cognitive science for over 20 years at several universities including University of Kelaniya Sri Lanka, City University of London, Cardiff University in Wales, University College London, Cornell University New York, and Rikkyo University Tokyo. He is also providing spiritual/pastoral advice and guidance to the Ministry of Defence as well as other government departments in the United Kingdom and was the first Buddhist Chaplain to His Majesty’s British Armed Forces.