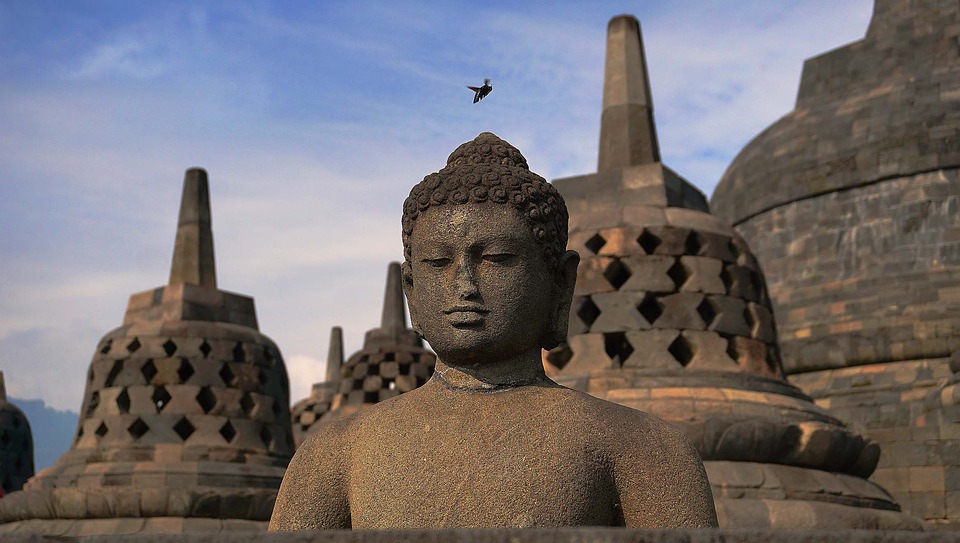 Religious leaders in Indonesia have played a crucial role during the COVID-19 pandemic. While adhering to the health protocols issued by the authorities, they are also facing many challenges, and their cautious stand on health protocols, such as restrictions on religious congregations and even closing of houses of worship, have been challenged by some of their co-believers.

Indeed, the question of whether they fear COVID-19 more than God, has even been raised. Such topics were discussed during a webinar on Pandemic Wisdom: The Roles of Religious Leaders in Indonesia during COVID-19.

The webinar was conducted by the ICRC regional delegation for Indonesia and Timor Leste on 13 May 2020, and featured six major religious leaders: KH Wawan Gunawan Abdul Wahid (from Majelis Tarjih dan Tadjid PP Muhammadiyah); Hong Tjhin (from Buddha Tzu Chi); Liem Liliany Lontoh (from the Indonesian Confucian Council, MATAKIN/Majelis Tinggi Agama Khonghucu Indonesia); Rev. Dora Balubun (from the Synod of the Evangelical Christian Church in Papua); Fr. Pius Barces CP (from Catholic Archdiocese of Pontianak in West Kalimantan) and I Nyoman Suartanu (from the Indonesian Hinduism Society, or Parisada Hindu Dharma Indonesia). The webinar was moderated by Budi Hernawan from the Global Affairs team of the ICRC in Jakarta.

Speaking from an Islamic perspective, KH Wawan explained that Muhammadiyah and other Muslim organizations had issued a series of circulars containing religious guidance and fatwas (legal opinions) to tackle COVID-19, and he noted the common misperception that guidelines regarding restrictions on religious worship reflected a lack of faith on the part of religious leaders.

In defense of their cautious stance regarding health protocols, Wawan emphasized that precaution is among the cardinal principles of Islam that have been used as legal reasoning in response to the pandemic. He added that Muhammadiyah had established a system through an ad hoc body called Muhammadiyah COVID-19 Command Center (MCCC) to deal specifically with the pandemic response.

Hong Tjhin from Buddha Tzu Chi meanwhile noted some positive aspects of the crisis, such as the potential to strengthen ties and solidarity between diverse groups regardless of their faith or religion. Buddha Tzu Chi has itself conducted a number of activities, including the donation of personal protective equipment (PPE) and ventilators vital for COVID-19 referral hospitals. He also stressed the importance of gotong royong (communal cooperation) among people of various backgrounds to work together for the benefit of all.

This social solidarity aspect was also taken up by Liem Lontoh from a Confucian perspective. She highlighted actions taken by the Indonesian Confucian Council such as producing home-made masks and hand sanitizers, as well as public education by placing banners in public areas. She also mentioned the involvement of local interfaith community networks in aid drives.

The Confucian Center established “Warung Kerukunan” (“Shops of Harmony”) in several places around Jakarta in order to provide affordable meals for the affected communities, and aid was also delivered to Islamic boarding schools (pesantren).

This interfaith partnership was also in evidence when Fr. Pius Barces from the Catholic church conducted public fundraising with the local Ansor, a youth wing of Nahdlatul Ulama, the biggest Islamic organization in the country, to support the affected community in East Java. Meanwhile, I Nyoman Suartanu from the Hindu community was actively involved in the National Task Force body assigned to handle the COVID-19 response.

From the Papuan Catholic church, Rev. Dora Balubun addressed specific challenges she was facing in Papua. Among other difficulties, she mentioned the lack of PPE in many local clinics (PUSKESMAS), the remote geographical setting of Papua which hindered logistical access, and the failure of some people to accept that the virus is contagious. Moreover, there has been a strong challenge by some pastors and members of congregations in Papua against the closing of churches and suspension of Sunday services by the Indonesia Christian Church.

Regardless of the limitations, she and fellow church members established a disaster management team producing home-made PPE, conducted public awareness campaigns and provided food and other basic needs to affected communities, as well as establishing a hotline for counseling.

Several questions were raised by participants during the webinar, including on the possible duration of the pandemic, possible mutations of the virus, and the ICRC’s own response. These questions were addressed by the ICRC health expert in Jakarta, Dr Hans Peter Herewila. Overall, the 2-hour webinar proved successful in examining the role of religious leaders during the crisis, highlighting both the strengths and shortcomings of the pandemic response.