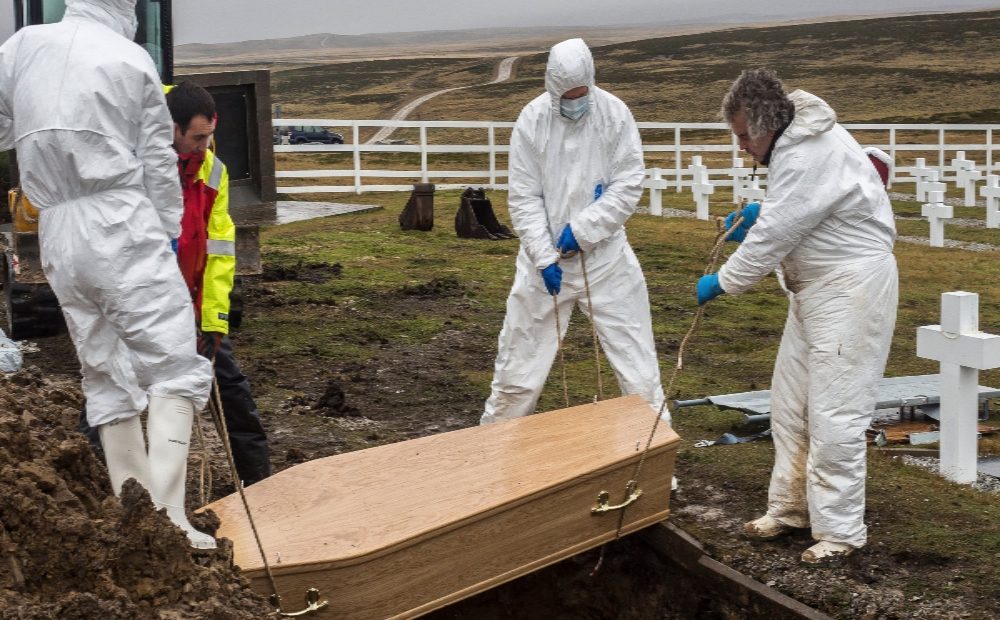 Luis Fondebrider (right) with the multidisciplinary team of scientists working at the Argentinian Cemetery at Darwin. Photo Credit: Didier Revol

It’s been almost forty years since the conflict in the south Atlantic between Argentina and the United Kingdom was fought over the sovereignty of the Falkland Islands (Malvinas). The war– which lasted less than three months from April and June of 1982– resulted in the loss of hundreds of lives on both sides. 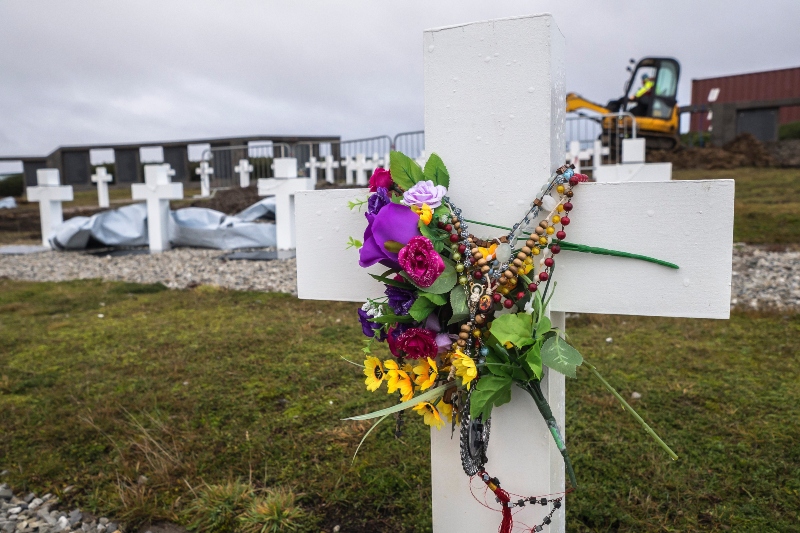 There were 122 bodies with the marker “Soldado Argentina Conecido Solo A Dios”–Argentinian Soldier Known Only To God. Photo Credit: Didier Revol

Still all these decades later, the names of 122 Argentinian soldiers who fought, died, and buried there remained unknown. All that’s left are graves without any identification on the tombstone apart from “Soldado Argentino Solo Conecido Por Dios” —Argentinian Soldier Known Only To God. And so for the family members of those soldiers, there is no closure, no peace knowing what happened to their family member.

Helping families find that peace is something the ICRC has done since our forensic unit was created in 2004. And, sharing information on the whereabouts of missing or deceased soldiers goes back much further than that to World War II, over a century and a half ago, and continues today in conflicts like Ukraine. Under international humanitarian law, parties to the conflict must account for enemy combatants and civilians in their hands, dead or alive, and inform families of their fate and whereabouts. 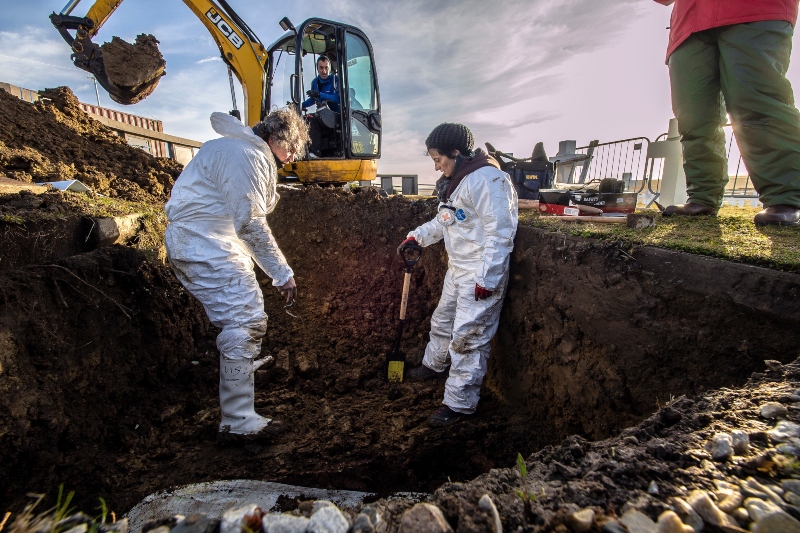 The ICRC forensic team will treated the mortal remains with the utmost respect throughout this forensic operation. Any exhumed remains were placed in new coffins and immediately reburied in the same location. At the end of the project, the cemetery has been restored to its original condition. A temporary mortuary had been set up at the cemetery, where the remains were analysed and samples collected for DNA testing in genetic laboratories in Argentina, Spain and the United Kingdom. Photo Credit: Didier Revol

In the case of the Falklands/Malvinas War, the ICRC partnered with the Argentinian Forensic Anthropology Team. Luis Fondebrider co-founded the Argentinian Team in 1984 to identify the bodies of some 30,000 people who were disappeared under Argentina’s military dictatorship between 1976 and 1983. 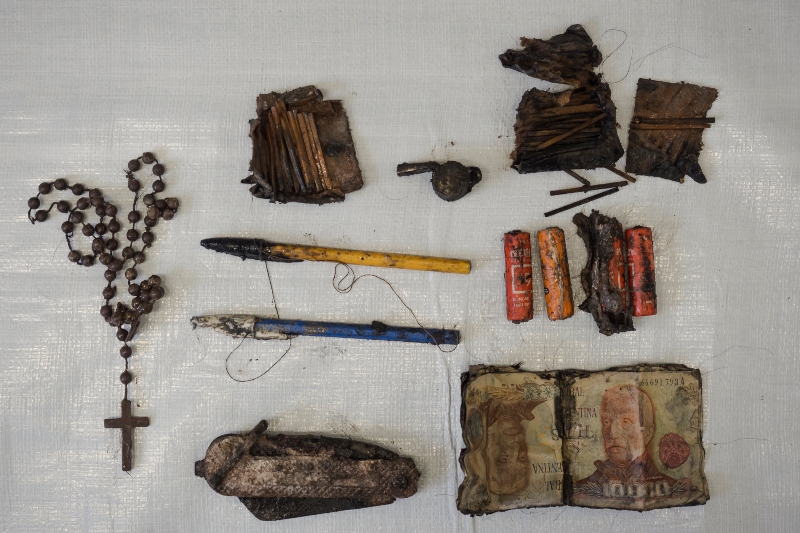 Decades later, in 2012, Argentina and the United Kingdom initiated negotiations about potential exhumations of the unidentified soldiers. ICRC acted as the neutral intermediary of those talks which resulted in a final agreement in 2016 also, known as the Humanitarian Project Plan. This allowed Luis and a multidisciplinary team of scientists from around the world to begin the process of identifying the remains in graves dug by British soldiers in what became known as the Argentine Cemetery near Darwin–on the central eastern side of the islands.

Read more about “The Forensic Human Identification Process: An Integrated Approach” used by Fondebrider and the team.

Learn more about the work of the ICRC’s Missing Persons Global Response and protection of the dead through forensic action. 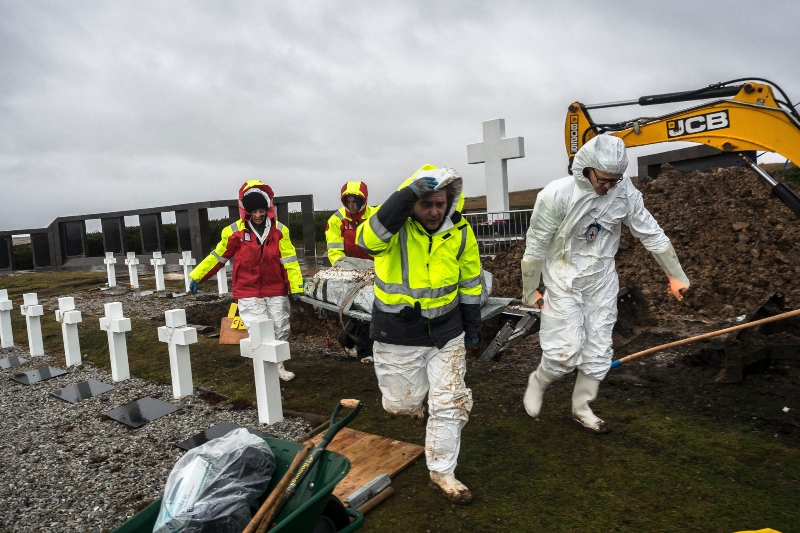 The ICRC accepted this task based on its humanitarian mandate, the needs and interests of the families, and its extensive conflict-related forensics experience. Photo Credit: Didier Revol