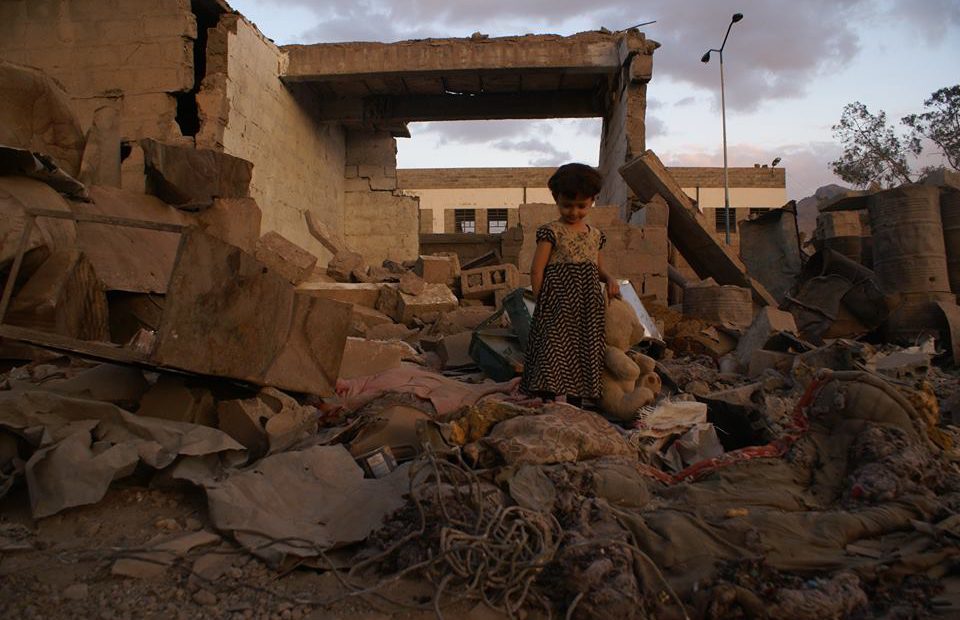 Sana'a. Yemen. December 2015. A child has retrieved her teddy bear from beneath the rubble of her family's destroyed home.

We cordially invite you to a photo exhibition by the International Committee of the Red Cross (ICRC), exposing the suffering of the civilian population in conflict areas in the Middle East including Yemen, Iraq, Syria, Lebanon, Libya, Israel and the סccupied territories, alongside the ICRC personnel who are working to help them.

Armed conflicts, both international and internal, can tear communities and entire states to pieces. As the global population becomes increasingly urbanised, conflict zones encroach on city streets and the areas where millions of residents live and work – and lead to the mass uprooting of local populations from their homes, the destruction of critical infrastructure and a lack of basic services.

The lives of millions of people are turned into a state of total upheaval due to conflicts that ensnare them or their proximity to the frontlines. Their houses, cities, and livelihoods are destroyed, and many suffer physical and psychological injuries.

Since its founding over 150 years ago, the ICRC has worked in conflict zones across the globe as an impartial, neutral and independent organisation – with a mission to defend the lives and dignity of the victims of armed conflict and other situations of violence, and to provide them with assistance. In order to prevent additional suffering, the ICRC works to promote and strengthen international humanitarian law and universal humanitarian principles.