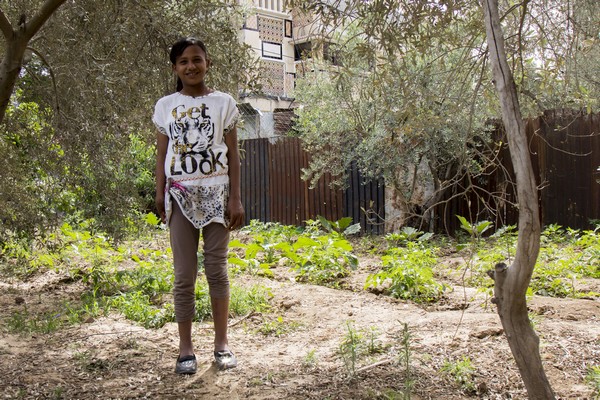 Doaa Yasseen, 11 years old, from Gaza City, lost her right hand the noon of 6 May 2015. On her way home from school, she picked up an unexploded remnant from past conflicts thinking that it was a toy. The doctor told her family if she was not transfer to the hospital in Nablus [in the West Bank] the amputation would be more severe. There, Doaa underwent eight surgical operations. Due to the complexity of the interventions, she was hospitalised for a total of 52 days. 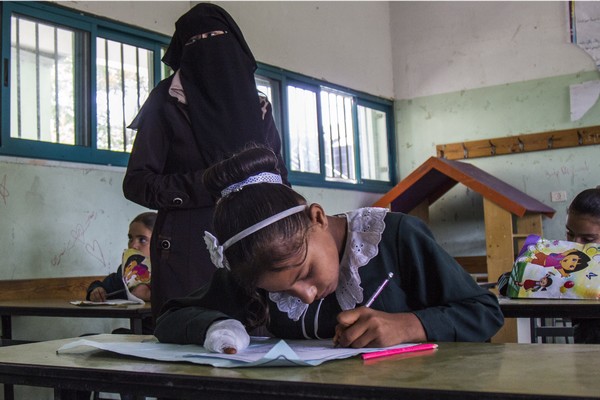 Doaa used to be one of the best students before the incident. Her performance has suffered since then, although it is still above average. “Writing with the left hand has been one of the hardest things for me,” says Doaa, sitting on her school desk. “Her performance has been affected by the psychological consequences of her injury. It is having an impact on her self-confidence; she covers her right hand with a white gauze most of the time when she is in the classroom,” says Noha, the principle of the school. 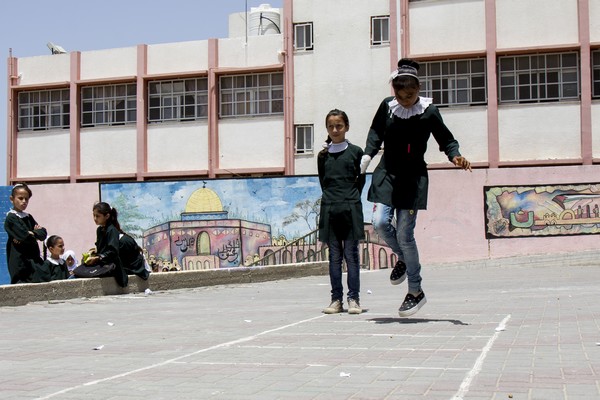 “When I came back to school I did not want to play with my classmates, but all of them have been very supportive and we keep playing together as we used to do,” says Doaa. When she could finally be released from the hospital, the school exams had finished. The school organized a special committee for her to take the exams and, after passing them, she was promoted to the fifth grade. 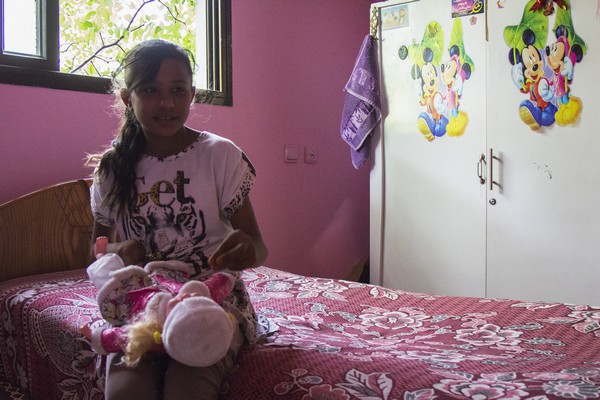 “Doaa sometimes feels vulnerable and overwhelmed. She asks me why it happened to her and she hides in her room when we have visitors. The whole family is supporting her. We do not have much savings and our income is very low. But we bought her a tablet when she left the hospital. Her brothers understand that Doaa needs our attention,” says Fadwa, Doaa’s mother. 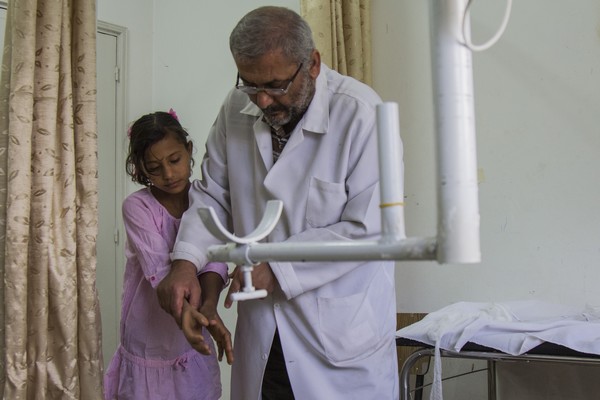 Doaa first encountered the International Committee of the Red Cross (ICRC) at her school during an information session about unexploded remnants. The session aimed to promote safe behaviour among students and teachers. When staff met Doaa, they told her family that the Artificial Limbs and Polio Centre (ALPC) in Gaza City could get a prosthesis fitted for her. 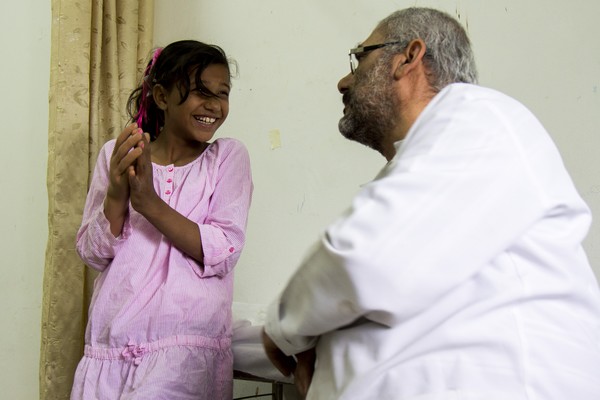 After a few weeks, Doaa was fitted with a prosthesis. Smiling, she asked the doctor, “could I use nail polish on it?” More than a year after the incident, Doaa is still adapting to the changes in her life. The psychosocial support she has been receiving from the ALPC is helping her to regain her self-confidence. 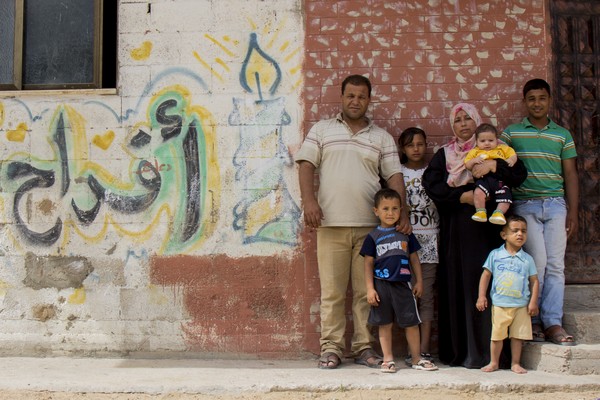 Doaa is one of 10 children in her family – six boys and four girls. The firstborn, Tamer, who found Doaa on the ground with blood splattered around her after the explosion, lives in the family home with his wife and two children. Alaa Yaseen, Doaa’s father, is a 40-year-old construction worker, who has lost his regular job due to the restrictions on the import of basic construction materials in the Gaza Strip. 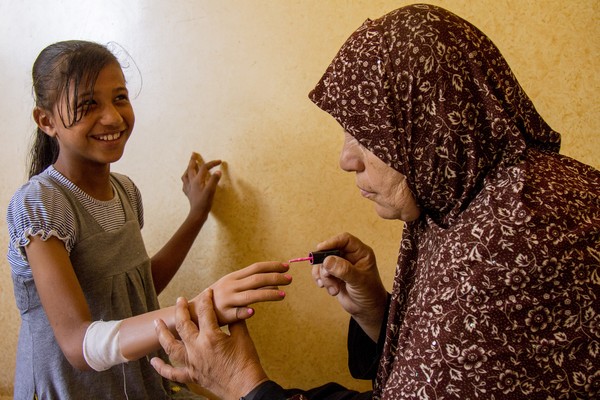 Doaa’s grandmother, who stayed with Doaa during the 52 she was confined in the hospital in Nablus, puts nail polish on her fingernails. Later, Doaa also stayed away from school a few months to go through physical rehabilitation to learn to write with her left hand. 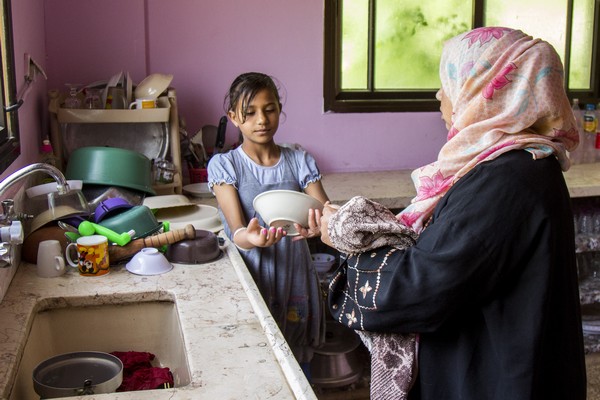 “Doaa helps me to wash the dishes and it is easier for her now to hold the tablet with the prosthesis,” says Fadwa. 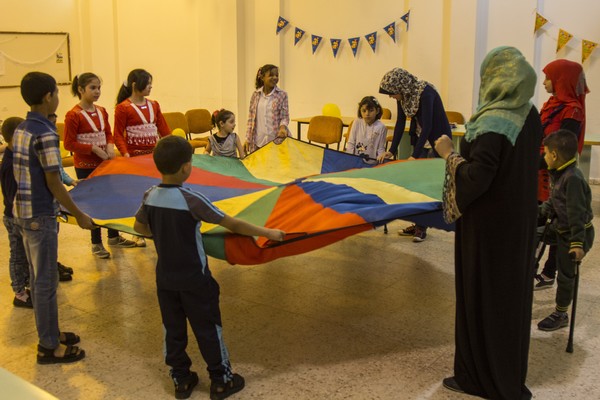 Doaa attends support sessions with other children affected by unexploded remnants. The sessions help them look ahead and have a bright future. According to Doaa’s mother, Fadwa, the whole experience has emotionally strained their family. 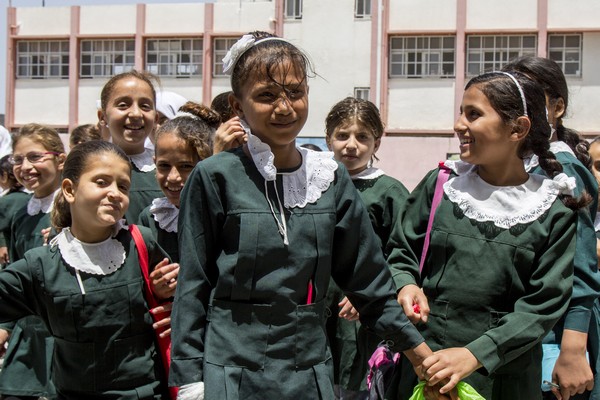 Although it has been nearly two years since the last war in the Gaza strip, it is one of the areas in the world with the most number of explosive weapons in the ground. The consequences continue to haunt its population. Doaa is just one of many children in the area whose lives have been permanently altered by unexploded remnants. 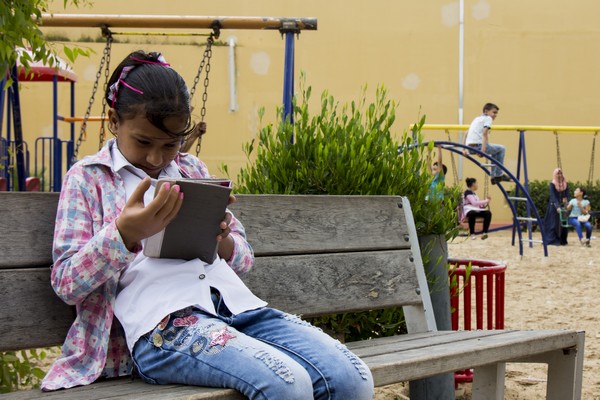 Doaa plays with her tablet in a playground in Gaza City after the psychosocial support session. With one of the highest birth rates in the world, Gaza and its people continue to hope that one day children can play around without the fear of innocent games turning bloody.

Back to the article “Regaining childhood innocence in Gaza”

All the pictures: © Jesus Serrano Redondo/ICRC