Majd, 23, is among thousands of people waiting to travel out of Gaza either to continue their studies or to get medical treatment.

The head of ICRC’s office in Gaza, Christian Cardon describes the current situation in Gaza, and calls for sustainable solutions,  now needed more than ever.

How would you describe life in Gaza today? 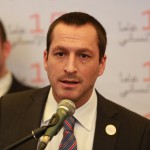 Over the last 14 years we’ve continued to see a gradual impoverishment of the average Gazan household, combined with a steady loss of coping mechanisms. What is also striking in Gaza is the permanent uncertainty about what might happen tomorrow, and how this continues to deepen in so many ways.

The daily lives of Gazans are marked by unemployment, poverty, chronic fuel shortages and a scarcity of materials and equipment, which adversely affects health, water, sanitation, and electricity infrastructures. Medical items are also lacking or unaffordable, while basic construction materials essential to local industries are in short supply.

The current local and regional situation has accelerated these trends. For example, in 2013 the unemployment rate in Gaza remained among the highest in the world, but unemployment grew more than 10 per cent during the second half of 2013, a total loss of some 60,000 jobs.

The average daily wage in Gaza in 2013 was below the Palestinian poverty line, which is itself less than one third of the poverty line in neighbouring Israel. Indeed, during 2013 the Gazan gross domestic product fell by around 3 per cent and is still below 1990s levels. In fact, the real average daily wage was lower in 2013 than it was in the 1990s, meaning that the average Gazan household faces greater difficulties in meeting essential needs.

These combined concerns weaken the resilience of essential services, and more importantly, degrade the coping mechanisms of Gazans in general. The situation is volatile and the population is more vulnerable if there were to be any rise in tension or violence.

Where have you been focusing your attention most recently?

The impact of the aggravated restrictions on the movement of people and goods is a key concern.

Since July 2013, the closure of Rafah Terminal at the border with Egypt has further slowed the already limited movement of people. One has to acknowledge that the destruction of the tunnels between Gaza and Egypt, while part of its sovereign border control policy, has also had a serious impact on the humanitarian situation in Gaza.

Israeli restrictions imposed on Gaza already give rise to many daily challenges for the 1.8 million people living in the Strip. The closure of Rafah and the destruction of the tunnels – the source of some 30 per cent of goods entering Gaza – are new elements in an already complex equation that requires all our attention and preparation.

What about the frequent closure of Rafah Terminal?

This is a new source of uncertainty for Gazans. Prior to the latest closure of Rafah Terminal in June 2013, the border functioned for almost 9 hours a day, allowing around 1,200 people to leave every day. Since then, there have been periods of complete or partial closure with at best four hours of opening a day allowing only 350 passengers to leave. Since the beginning of this year, the terminal has been open at best for five days per month. However, the terminal was closed for seven consecutive weeks during early 2014, where only a relatively small number of pilgrims to Saudi Arabia could cross. For comparison, over 59,000 passengers left Gaza during the first three months of 2013, compared to some 9,000 who left in the same period of 2014.

In addition to medical cases, the closure has also affected Gazans living abroad who might lose their jobs if they are not able to cross, as well as students who are struggling to go back to Egypt and other countries to pursue their studies or to return and visit their families in Gaza.

The closure also impacts commercial goods and the only significant amount of goods entering Gaza through the Rafah Crossing have been construction materials destined for use by one foreign-sponsored construction program. All commercial goods from Egypt now enter via Karem Shalom in Israel.

What is the concrete impact of these new restrictions?

The most pressing concern is the impact on essential critical services, especially health. Hospitals continue to function, but the restrictions mean that essential services face an increasing risk of collapse.

For example, the limits on the importation of affordable medical necessities such as spare parts, drugs and disposables for the treatment of chronic diseases have created additional medium and long-term strain on an already fragile healthcare system. Many medical items, drugs and disposables have decreased in availability by up to 35 per cent since June 2013. 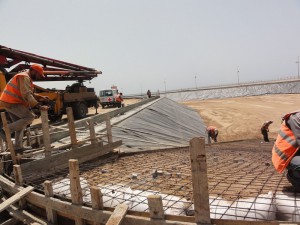 Another area of concern is the electricity infrastructure, which is directly affected by the lack of fuel. Today in Gaza there is no electricity for an average of 10 hours per day. If the Gaza Power Plant shuts down as it did at the end of 2013, the Gaza Strip will be without power for 18 hours a day. This will in turn increase the fuel needs and consequently have an impact on hospitals where the use of generators will become the only option, especially when it’s expected that the only power plant in Gaza will shut down again soon due the lack of fuel.

In the longer term, commodity shortages force prices up, and some items disappear from the market altogether. Although the Israeli authorities allow the entry of limited quantities of construction materials to Gaza, these materials are usually designated for use by international organisations, and not directly for Gazans’ daily needs.

What can be done to address these concerns?

Although there have been some efforts by different actors to mitigate these restrictions, such solutions have been short-lived. Gaza remains vulnerable to rapid and detrimental decline across all aspects of life.

Sustainable solutions are needed from all authorities and regional stakeholders concerned, both outside and inside Gaza. Gazans require much improved access to essential supplies to meet their medical, energy and infrastructure needs over the short and long term. The pervasive restrictions on the movement of people for medical, educational and economic purposes should be eased.

What are some of your priorities in the coming months?

We are constantly monitoring the situation in Gazan hospitals and its water infrastructure, while strengthening our readiness to respond to possible emergencies, together with the Palestinian Red Crescent Society.

As part of our strategy to reinforce essential services, we are also working to improve the management of the sick and wounded in the emergency departments of the main hospitals of the Gaza Strip. This project includes renovation works as well as training programs for hundreds of medical professionals.

The ICRC facilitates the visits of Gaza families to their beloved in Israeli detention places. The first visits were only for fathers, mothers, and wives.

It is important to ensure that Gaza’s hospitals are always functioning, particularly during times of conflict and that medical staff are able to do their job without any restrictions from parties to the conflict. To this end, we are also working with the medical community, the authorities, arms carriers, civil society and the media in Gaza to raise awareness about the need to improve access to health care.

In addition, our ongoing work to improve treatment in prisons and interrogation facilities in Gaza continues, alongside our longstanding efforts to ensure that family members can visit their loved ones detained in prisons in Israel.