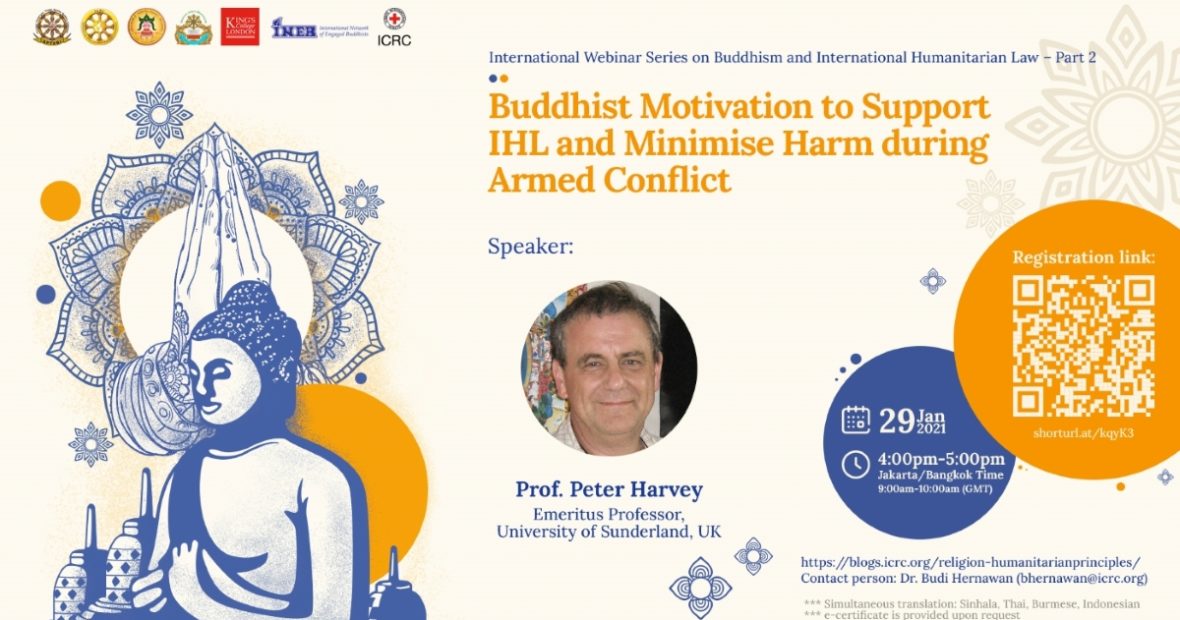 At Buddhism’s core is the recognition of suffering and the promotion of means to alleviate it, by challenging our understanding and making changes to our conduct. It has applied these means both to the quest for salvation and to the troubles that afflict society and has grappled with the reality of war throughout its long history. This suggests a possible convergence of some of the aims of Buddhism and IHL. But what guidance does Buddhism provide to those caught up in the midst of hostilities, and how do Buddhism and IHL compare in this respect? It is timely and relevant to explore these two distinct bodies of ethics and legal traditions from inter-disciplinary perspectives.

Prof. Peter Harvey (University of Sunderland, Emeritus) presented on the topic of the “Buddhist Motivation to Support IHL and Minimise Harm during Armed Conflict” and after his presentation he opened up the floor to questions from attendees.