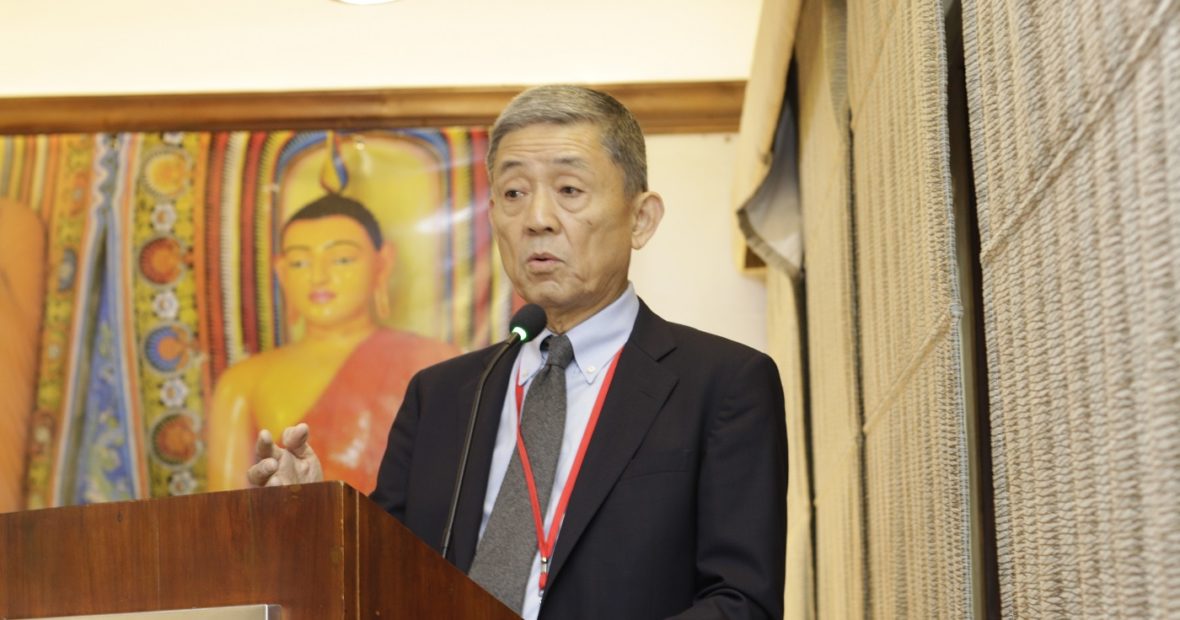 A selection of presentations given during the global conference on “Reducing Suffering During Armed Conflict: The Interface Between Buddhism and International Humanitarian Law (IHL)”, Dambulla, Sri Lanka, 2019:

“Implications of Buddhist Political Ethics for the Minimization of Suffering in Situations of Armed Conflict”
Prof. P.D. Premasiri, Emeritus Professor of Pali and Buddhist Studies, University of Peradeniya

“Breaking the Cycle: How a Buddhist Doctrine of Forgiveness May Complement the Work of International Humanitarian Law (IHL)”
Alex Wakefield, Visiting Lecturer, University of Greenwich

“Siege Warfare and the Prohibition of Intentional Starvation of Civilians: The Convergence of IHL and Buddhist Ethics”
Nishara Mendis, Lecturer in Law, University of Colombo

“‘Not Knowing is Most Intimate’: Koan Practice and the Fog of War”
Dr. Noel Trew, International Law Advisor for the British Red Cross

“Buddhism, the Royal Imaginary, and Limits in Warfare: The Moderating Influence of Precolonial Myanmar Royal Campaigns on Everyday Warriors”
Prof. Michael Charney, Professor of Asian and Military History at the School of African and Oriental Studies, University of London

“How Buddhist teaching is applicable to treat humanely, without any adverse distinctions towards war victims”
Ven. Kosgama Muditha, Lecturer, University of Peradeniya

“Exploring Buddhist Perspectives on the Treatment of Prisoners of War under IHL”
Chathurika Lakmali Akurugoda, Lecturer at the Faculty of Law, University of Colombo

“Japan’s Way of Managing Armed Forces: IHL as Part of Discipline”
General Noboru Yamaguchi, Advisor to the Sasakawa Peace Foundation and Professor of International Relations at the International University of Japan

“Which Buddhist Teachings and Traditions are Most Relevant to IHL and Situations of Armed Conflict?”
Lieutenant Colonel Nalin Herath, Sri Lanka Army

“The Buddhist Soldier and His Conduct During Armed Conflict”
Dr. Sunil Kariyakarawana, Buddhist Chaplain of the British Armed Forces