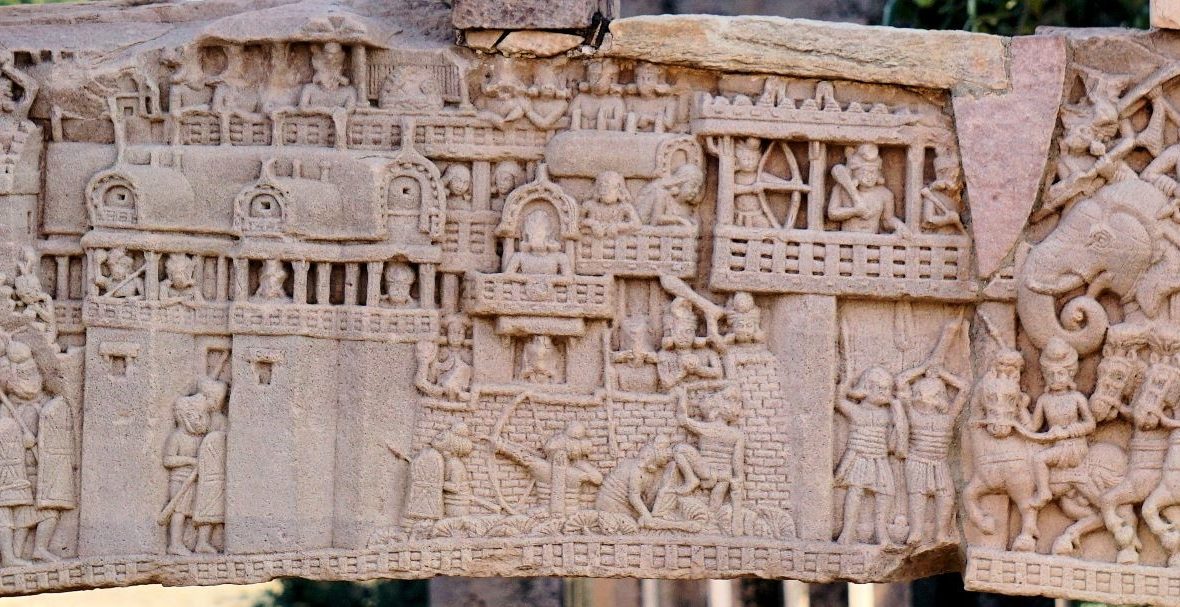 Sieges and the accompanying threat of starvation are means of warfare as old as civilisation itself, and are still a depressingly common feature of contemporary armed conflicts. Though sieges are not prohibited under international humanitarian law (IHL), the starvation of civilians is. This article by Nishara Mendis explores whether Buddhist ethics might enhance existing IHL rules on the topic. Buddhist texts clearly state that actions that cause suffering to oneself or others should be avoided as far as possible, and this principle of ‘no-harm’ (ahimsā) is applicable even during war. Mendis analyses two Jātaka stories about the previous lives of the Buddha: the Ummagga Jātaka which describes a potential siege and the tactics used by the Buddha-to-be Mahosadha to avoid it, and the Asātarūpa Jātaka which illustrates the karmic consequences of the actual use of siege warfare in the former births of Suppavāsā and her son, the arhat Sīvali. She argues that these stories are useful for discussion and teaching of IHL in Buddhist societies, as they not only highlight individual responsibility for ones’ actions in war, but also provide hope for spiritual progress based on intention.

Nishara Mendis is a senior lecturer in the Department of Public and International Law, Faculty of Law, University of Colombo, Sri Lanka, and an attorney-at-law. She is currently on temporary assignment (2021–2022) as Head of the newly established Department of Criminology, Faculty of Criminal Justice, at the General Sir John Kotelawala Defence University, Sri Lanka. She has an LLB (Hons., First Class) from the University of Colombo, Sri Lanka, an LLM from Yale Law School, United States and a PhD from Maastricht University. She is the Academic Co-Ordinator of the E-Diploma in Human Rights for the Center for the Study of Human Rights, and has taught and been a research adviser for members of the armed forces and police on human rights and humanitarian law.