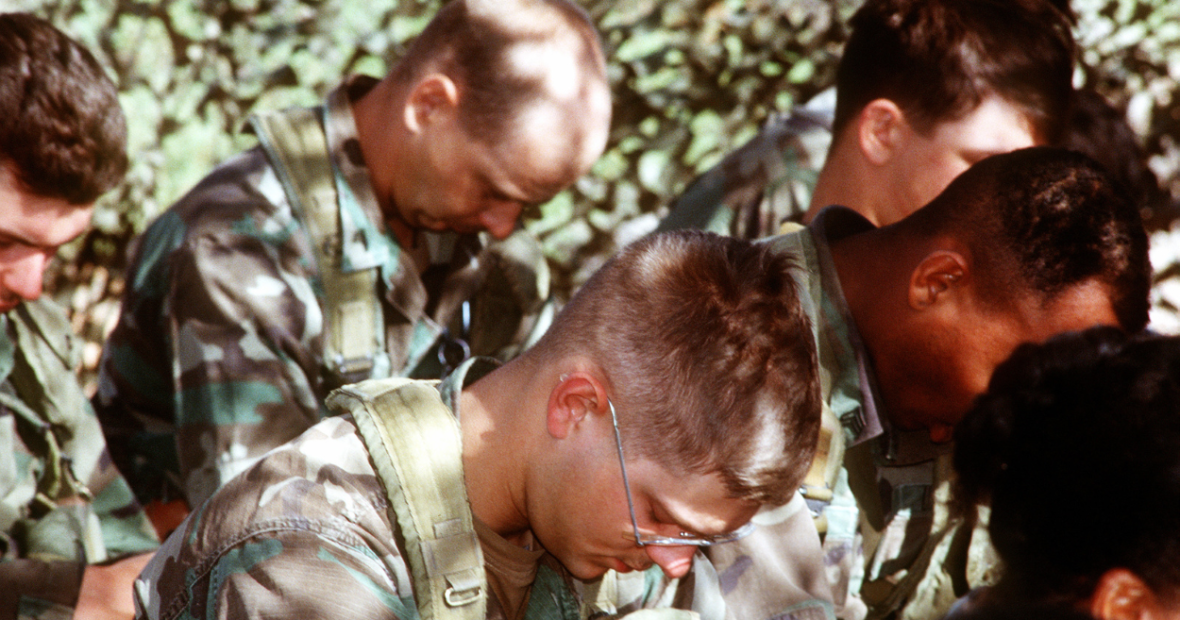 In this new article published by the International Review of the Red Cross, Andrew Bartles-Smith explores the interface between religion and international humanitarian law (IHL), and explains the why and how of engaging with religious actors to promote adherence to common humanitarian norms.

The article ranges across the fields of law, moral psychology, military ethics, military training, chaplaincy, and engagement with non-State armed groups, and shows how the vast resources of religions can be mobilized to increase knowledge of IHL and corresponding religious norms, thereby enhancing their legitimacy across religious and cultural divides. This is most effective when comparative study of IHL and religious teachings stimulates mutual learning and debate, in which both correspondences and differences are embraced.

In the absence of a strong legal enforcement regime, religions possess powerful means to reinforce military ethics and improve voluntary compliance with IHL by tapping into the identities, motivations and moral values of many belligerents. Introspective religious practices also encourage the moral self-reflection that is most effective at internalizing norms in this respect, as well as providing belligerents with the spiritual and psychological support needed to bolster their resilience and enable them to perform with precision and restraint.

Andrew Bartles-Smith manages the ICRC’s Global Affairs Unit in Asia. He has many years of experience engaging with religious circles and non-State armed groups in the region, and has pioneered ICRC efforts to promote research and debate on IHL and religious teachings.