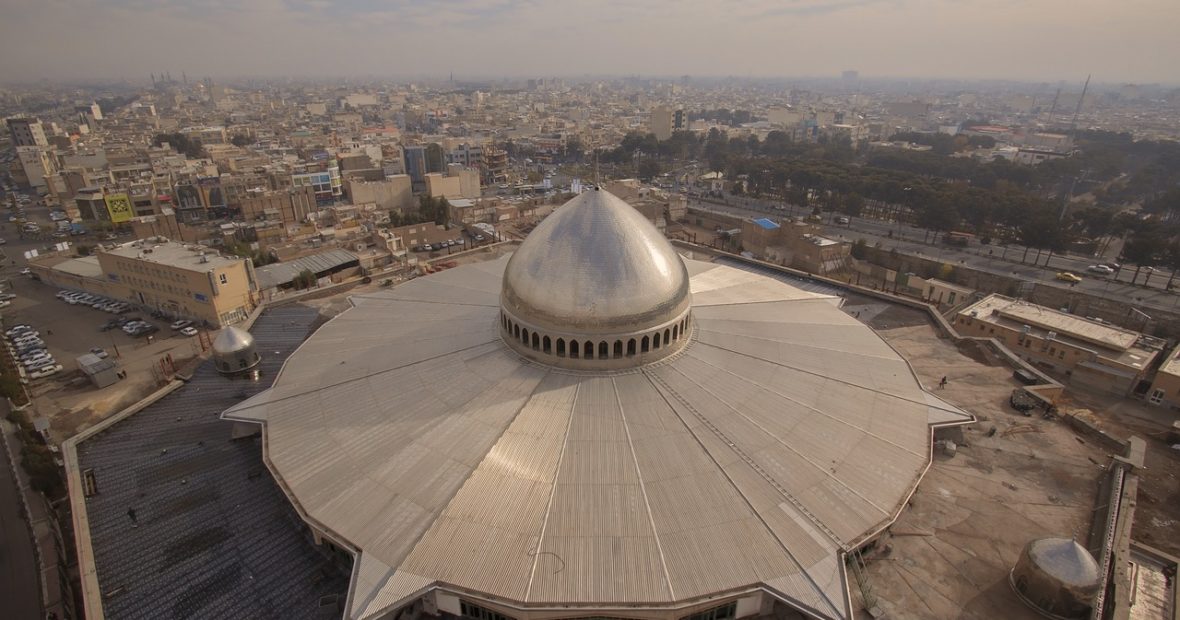 On the occasion of the conference on Islam and international humanitarian law, which takes place on the 29th and 30th of November 2006 in Qom, Iran, the ICRC’s deputy director of operations, Andreas Wigger, talks about what this forum hopes to accomplish.

Why a Conference on Islam and International Humanitarian Law in Qom (Iran), a holy city for Shiite Muslims?

Similar events have been held in other parts of the Muslim world since 2005, most recently in Kabul (Afghanistan), but also in Islamabad, Aden, Fez, and D ar es Salaam and elsewhere. They were all meant to be instruments for mutual information about modern international humanitarian law (IHL) on the one hand and the century-old traditions of parts of International Islamic Law and the great Islamic humanitarian heritage on the other. Over the last few years, the ICRC has developed strong collaborations with prominent Islamic institutions and personalities in most of the Islamic countries.

During the last two years, we met with many prominent experts in Islamic jurisprudence and with heads of important academic and religious institutions in Iran. I would say that the particularity of this conference will be its focus on the research results and the tradition in Qom, which is a holy city for Shiite Muslims.

This conference will shed light on the Shia heritage and modern judicial thinking and ruling on topics related to warfare and humanitarian principles and rules. Islam has a very rich tradition for ensuring dignity and respect for victims of conflicts, which is a major challenge in these times of tense international relations.

The Qom conference is first and foremost an event for Iranian academics and experts in Islamic jurisprudence. As a matter of fact, more than one hundred Ayatollahs and Hojatolleslams, as well as distinguished researchers and professors will attend. A number of scholars from neighbouring countries are also invited.

The organization of this event was the result of the joint efforts of major institutions, such as the Ahl Al Beit World Assembly, the Hauza of Qom, the Ministry of Foreign Affairs, universities and other institutions, along with the Iranian Red Crescent Society and the ICRC.

What will the debates focus on?

The aim is to create a learning platform for both experts of international humanitarian law and experts of Islamic law.

This platform will give them the opportunity to discuss rules meant to alleviate the suffering of victims of war, mainly wounded combatants and prisoners of war. We will also discuss basic limits on the conduct of war. These rules, or limits, so-to-speak, are the fruit of great efforts – both intellectual and moral – that have been made to introduce some humanity into the violent reality of war.

An important question to be debated will be the search for better compliance with international humanitarian law and the relevant rules of Islamic law. This is a recurrent issue in discussions with peoples in the region. They have experience in almost daily violations of the letter and spirit of the Geneva Conventions. And all t hat echoes in the wider Muslim world.

What are you expecting from this sort of debate? Is there common ground for Islamic jurisprudence and international humanitarian law?

The idea of making use of Islamic humanitarian heritage in sustaining the foundations of contemporary humanitarian work is not completely new. The very inspiring fact in this sort of debate is that basic rules of humanitarian law, like the obligation to protect wounded people, detainees and civilians, are discussed with religious scholars in the light of Islamic values and the provisions of Islamic jurisprudence (Fiqh).

Such debates show the importance for international lawyers to know and understand both the substance of Islamic tradition and the methodology for establishing obligations towards victims of war. On the other hand, experts in Islamic law will appreciate the universal character of IHL.

In fact, from all the discussion the ICRC has initiated so far in the Islamic world it has emerged that nothing in the essence of humanitarian law contradicts the relevant rules of Sharia law.

In your opinion, how can such a ‘platform’ contribute to a better understanding between civilizations?

It is my opinion that events like this conference derive their legitimacy not so much from a “dialogue between civilizations ” as from dialogue within one civilization, the human civilization, a civilization of humanity. And we believe that discussions like the ones we are going to have over the next two days are indispensable if we are to understand Iran, the Middle East, the Muslim world from their point of view, to see them through their eyes, to experience them as they do in their hearts and souls. We believe that this conference is not a goal in itself, but rather a milestone on a path we are treading together.

In 2006, the ICRC conducted its largest operations in Sudan, Pakistan, Lebanon, the occupied and autonomous Palestinian territories, Somalia, Afghanistan and Iraq. In all of these contexts the ICRC faces the challenge of securing access either to the victims of armed violence or to the victims of natural disasters that occur in conflict areas. Another common feature of these contexts is that they are all located in the Muslim world. As a matter of fact, more than half of the ICRC’s operational budget has been spent in countries that are members of the Organization of the Islamic Conference. This shows how much suffering is going on in many countries of the Middle East, the Horn of Africa and the Indian subcontinent.

For the past few years, however, talk of a’clash of civilizations’and the so-called’war on terror’has led many Muslim communities to criticize the’West’and international community. The ICRC has been operating in a more complex and insecure environment. As a result, we have stepped up our dialogue with community leaders and scholars in various parts of the Muslim world, the aim being to lay the foundations for greater mutual understanding, dispel existing misconceptions and find common ground for protecting human dignity in situations of armed conflict.

Ongoing discussions on the origins of humanitarian law have highlighted the fact that the law is a universally accepted set of rules reflecting the values of different civilizations, cultures and religious beliefs, in particular those of Islam, both as a religion and as a civilization boasting a complex and wide-reaching legal system.