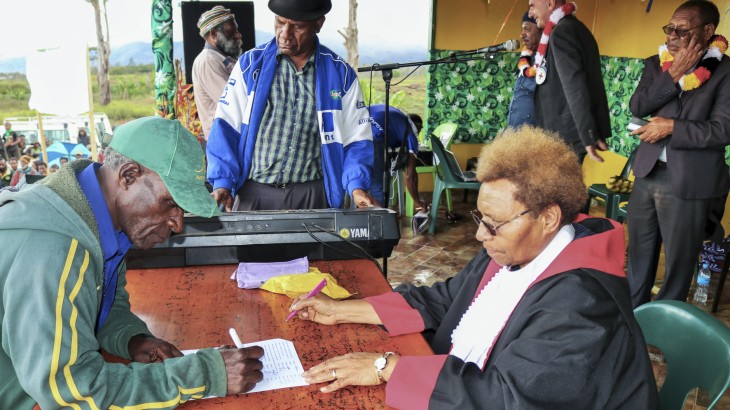 As many as 34 councillors from the Nebilyer Local Level Government (LLG) in the Western Highlands Province have agreed to respect and implement the traditional rules of fighting, to minimize its consequences on people and property.

“The tribal leaders generated 15 rules after numerous meetings and discussions and these will be formalized during today’s signing ceremony and made into law. The rules are neither new nor borrowed but are the ones used in the past by our forefathers when engaging in any tribal fight,” said Mr Gabriel Kiap, the chairman of Western Highlands Provincial Law and Order. Mr Kiap was once a tribal leader and was involved in fighting during his younger days, but said these fights had greatly affected the community. 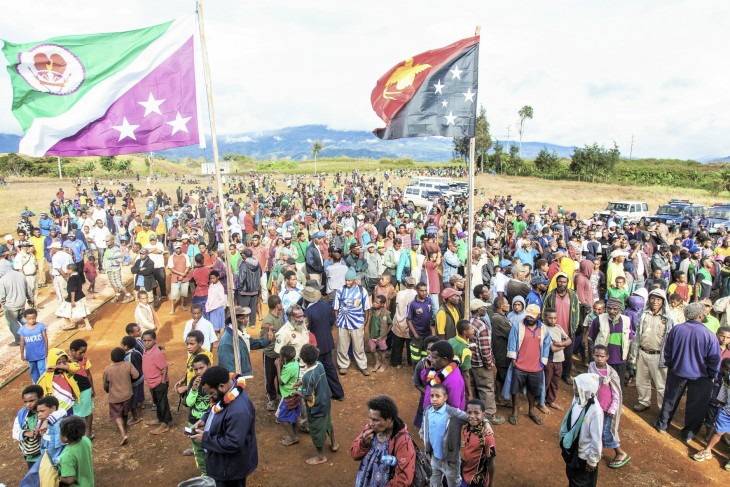 He added that those engaged in tribal conflict did not respect the rules and would not hesitate to destroy whatever came in their way. “Innocent lives are being lost. The rules are clear: civilians, especially the elderly, women, children and people with disability, can’t be targeted. Women and children must not be sexually abused and health-care providers need to be respected at all times,” said Mr Kiap.

In addition, he said the rules prohibit the destruction of public property such as schools, health facilities, roads, bridges, electricity poles and religious places and discourage targeting of neutral tribes and clans. “Taking fights into public areas and engaging children under the age of 18 in tribal fights is not allowed,” he said. 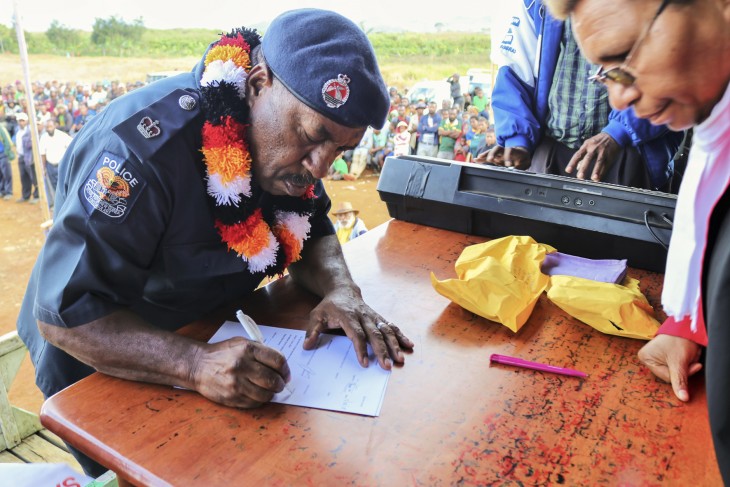 Provincial Police Commander Jacob Kamiak acting as a witness to the signing of the agreement. Reuben Tabel / ICRC

Mr Kiap thanked the International Committee of the Red Cross (ICRC) for its support and cooperation with the local leaders and provincial government authorities towards the redrafting and rebirth of the traditional rules.

Meanwhile, ICRC’s head of office at Mt Hagen Kakhaber Khasaia said, “Over the past few decades, tribal fighting has become significantly more destructive due to the use of semi-automatics and breakdown in traditional methods of fighting. Despite varying traditions in the region, it is clear that the rules of fighting are no longer respected. In olden times, male fighters would focus on fighting their counterparts on the battlefield. Women, children and people living with a disability were respected, homes were not burnt down as people slept inside and properties were never damaged.”

He added that the ICRC had facilitated the discussion with tribal leaders over the past 18 months and reworked traditional rules based on the feedback. These rules were then presented to the provincial authorities, before finally discussing them again with the leaders. He said the hard work put into the project had paid off with the adoption of the rules as law.

“The aim of the project was to ensure those rules are brought back as local law. These must be respected to minimize the consequences of tribal fighting on people and property,” Mr Khasaia added. 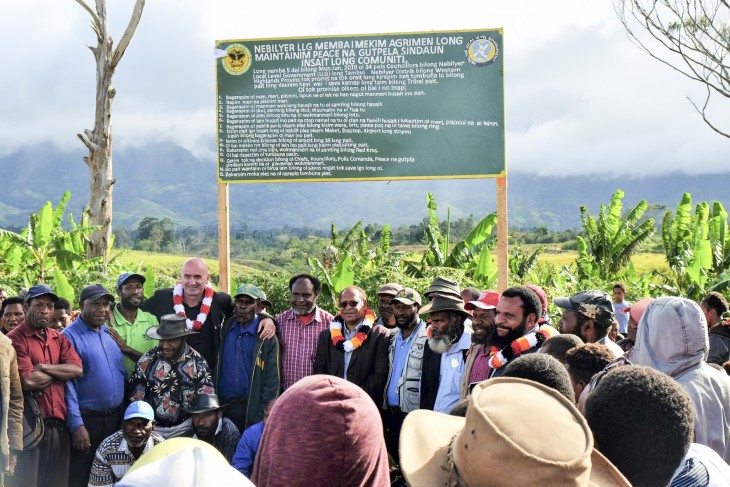 Councillors, the Provincial Administrator and other dignitaries stand under a public sign, displaying the newly agreed upon rules. Hans Maesen / ICRC

He shared that Nebilyer is the first LLG in the Highlands to sign and make traditional rules of fighting into a local law. Similar activity will follow in other districts of Western Highlands Province. ICRC, together with the local authorities will facilitate the dissemination of the rules in communities through posters, billboards, leaflets and radio messages. The ICRC is working in different stages of the implementation of the same project in areas of the Southern Highlands, Hela and Enga Provinces.