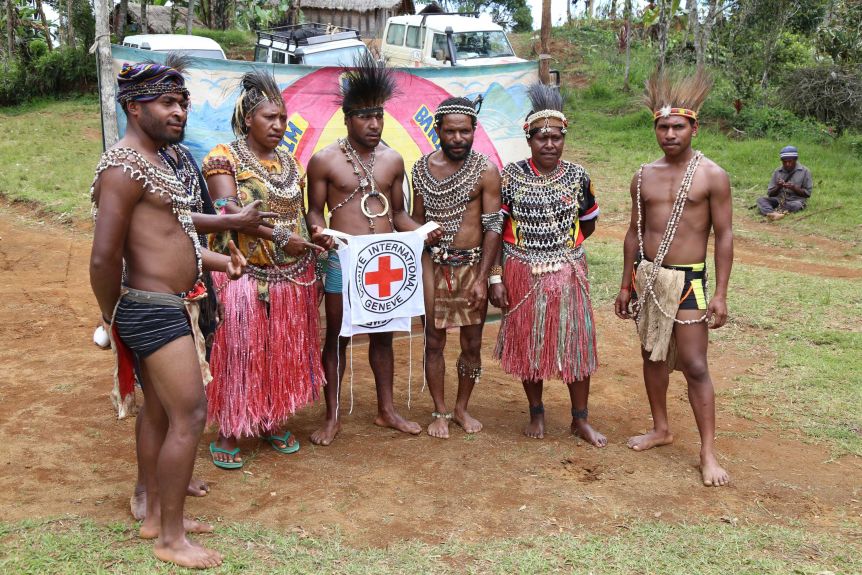 In the Highlands of Papua New Guinea, tribal fights, sparked by disputes over land, resources and other grievances, lead to dozens of deaths and thousands of displacements each year. Tragically, the situation is deteriorating. An influx of guns and a general breakdown in the traditional rules governing warfare are amplifying the effects of the violence. Today, no-one is spared from the ferocity of a fight. Children, women, health-care workers, all have become targets. This short film documents the humanitarian consequences of Papua New Guinea’s modern-day tribal fighting and looks at initiatives being undertaken by both local and international organisations to mitigate the impacts of the violence.

In collaboration with two local theatre groups, OZONE and Tiria, the ICRC has been touring an interactive drama play to communities in the Highlands. Comprising of local performers, the play acts out a number of scenarios that may occur during conflict and sends three key humanitarian messages:

The play is interactive – audience members are invited to freeze a scene anytime they identify the performers’ failure to adhere to these basic humanitarian principles. The audience then discusses how performers are ‘breaking the rules’ and considers alternative ways to conduct conflicts and settle disputes. The play has so far been performed in ten villages in Hela and Southern Highlands Provinces. It will continue to be used as a powerful tool to convey humanitarian messages to communities affected by conflict.