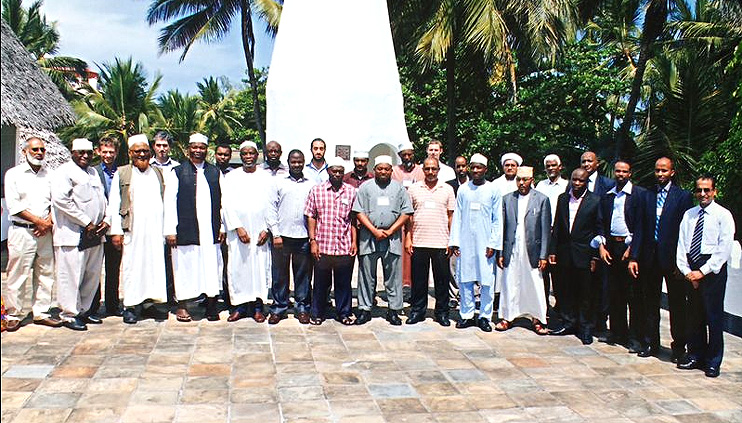 In a workshop held in Mombasa, Kenya, at the end of 2013, 33 participants, mostly Islamic scholars from East Africa and the Horn of Africa, debated the status, treatment and protection of prisoners. Khoder El Tari, Islamic world affairs adviser for the ICRC, co-organized the event.

Why does the ICRC organize such workshops?

Dialogue with religious leaders to improve mutual understanding is a priority for the ICRC. This kind of event is thus very important for an institution like the ICRC, which endeavours to alleviate the suffering of people affected by war and organized violence. Also, a good number of today’s conflicts happen to be in the Muslim world.

In 2012, the ICRC visited over 540,000 detainees in 97 countries and territories around the world. Since, at the time, more than 50% of these prisoners were in this part of the world, it is essential that we better understand Islamic jurisprudence and that Muslim scholars better comprehend international humanitarian law (IHL) – the modern and current set of rules which seek, for humanitarian reasons, to limit the effects of armed conflicts.

When did the ICRC start to engage with Islamic religious circles?

In the late 1990s, the ICRC commenced a dialogue with Islamic seminaries in Pakistan. Since then, and particularly through the 2000s, the dialogue with Muslim scholars on the commonalities between IHL and Islamic jurisprudences has expanded into North and West Africa, the Middle East, East Africa and parts of South Asia and South-East Asia. This has been an exercise in overcoming misperceptions on all sides, of creating a common understanding on the preservation of human dignity, but very often talking concretely on how to improve access, protection and assistance to victims of armed conflict.

What have you learned from this workshop?

We discussed commonalities between IHL and relevant Islamic jurisprudence on detention issues. The fate of persons deprived of their freedom is of core concern to us, as it is for their families, friends and communities. Participants examined in particular humanitarian principles in Islam that greatly pre-date IHL. The session also looked at the common Islamic and IHL principles that relate to the categories of protected persons during armed conflicts.

Yes, many. Islamic jurisprudence and IHL share the same ground. One example is that those who are not involved in fighting or who have stopped fighting should be protected. In both international humanitarian and Islamic laws there are different categories of armed conflict, and hence different legal implications. Yet while IHL and Islamic jurisprudence might diverge over the classification of a given situation, there is a clear convergence over the general principle that people deprived of freedom should be treated humanely. Another key mutual understanding is that the key challenge that we face today is the promotion of compliance with this principle.

How will this event be followed up?

We have been delighted that the event was co-hosted by the Union of African Muslim Scholars, the Majlis Ulamaa of Kenya (the Kenyan Council of Muslim Scholars) and the Islamic University in Uganda. Our cooperation with the latter dates back to 2007. We hope to organize similar workshops in the future in both East Africa and the Horn of Africa region. Several of the participant institutions, including the University of Comoros, have already declared their interest in hosting follow-up workshops. Through such initiatives we hope to further strengthen our dialogue on and understanding of these issues.