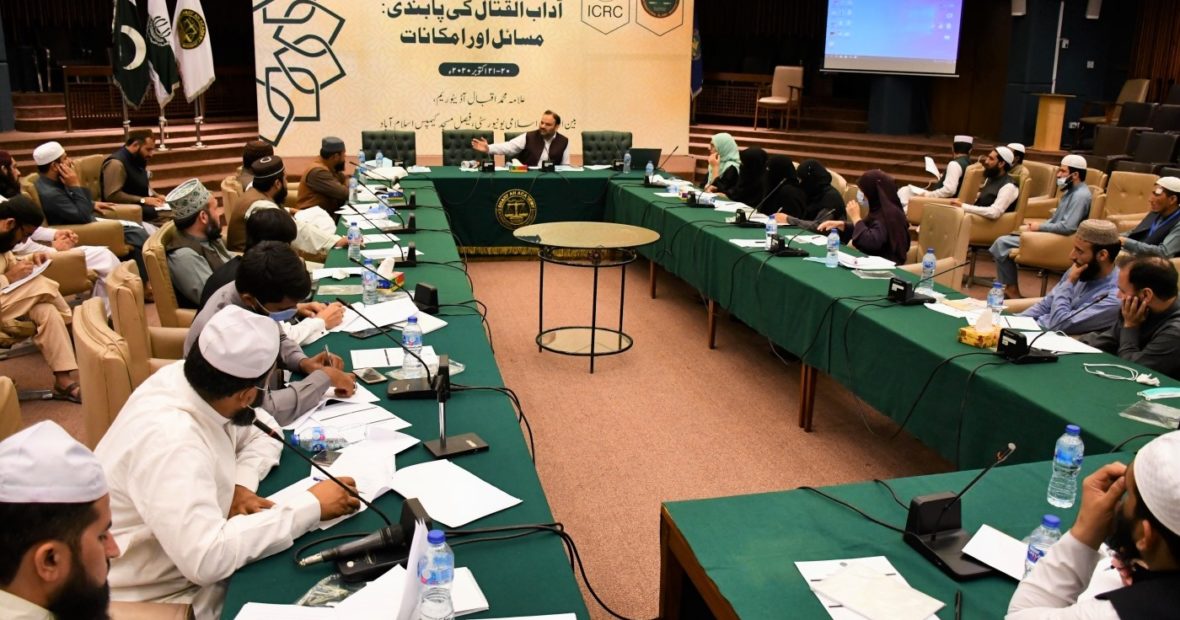 On the 20th and 21st of October 2020, the Shariah Academy of the International Islamic University in Islamabad, Pakistan, and the ICRC jointly organized a workshop initiating a project to explore the “Islamic Perspective on the Roots of Restraint in War”. This was inspired by the recent ICRC study on “The Roots of Restraint in War”, which investigates how formal and informal norms condition the behavior of soldiers and fighters. The study emphasized the importance of local customs and values, and found that there is a need for both the law and the values underpinning it to go hand in hand. The role of law is vital in setting the standards but ensuring that the values it represents are internalized proves to be a more sustainable way of promoting restraint.

The workshop began with an interactive session by Dr. Ziaullah Rahmani, Senior Programme Officer ICRC Islamabad, lucidly introducing the ICRC and its work in Pakistan and in the Muslim world, followed by Q&As. Dr. Muhamamd Mushtaq Ahmed, Director-General of the Shariah Academy, presented an overview of Islamic Law, with a special focus on the spirit of restraint in Islamic law.

Dr. Muhammad Munir, Professor of Law at the International Islamic University, briefly summarized the code of conduct of war in Islamic law. He argued that the Prophet (PBUH) and his successors did not allow destroying buildings, cutting down trees for no reason, committing perfidy, the killing of women, children, old, sick, wounded and envoys. He added that the destruction of harvest, livestock and forests, looting, plundering and indiscipline are prohibited, too, as are genocide, the mutilation of bodies and other violations listed in contemporary IHL as war crimes. 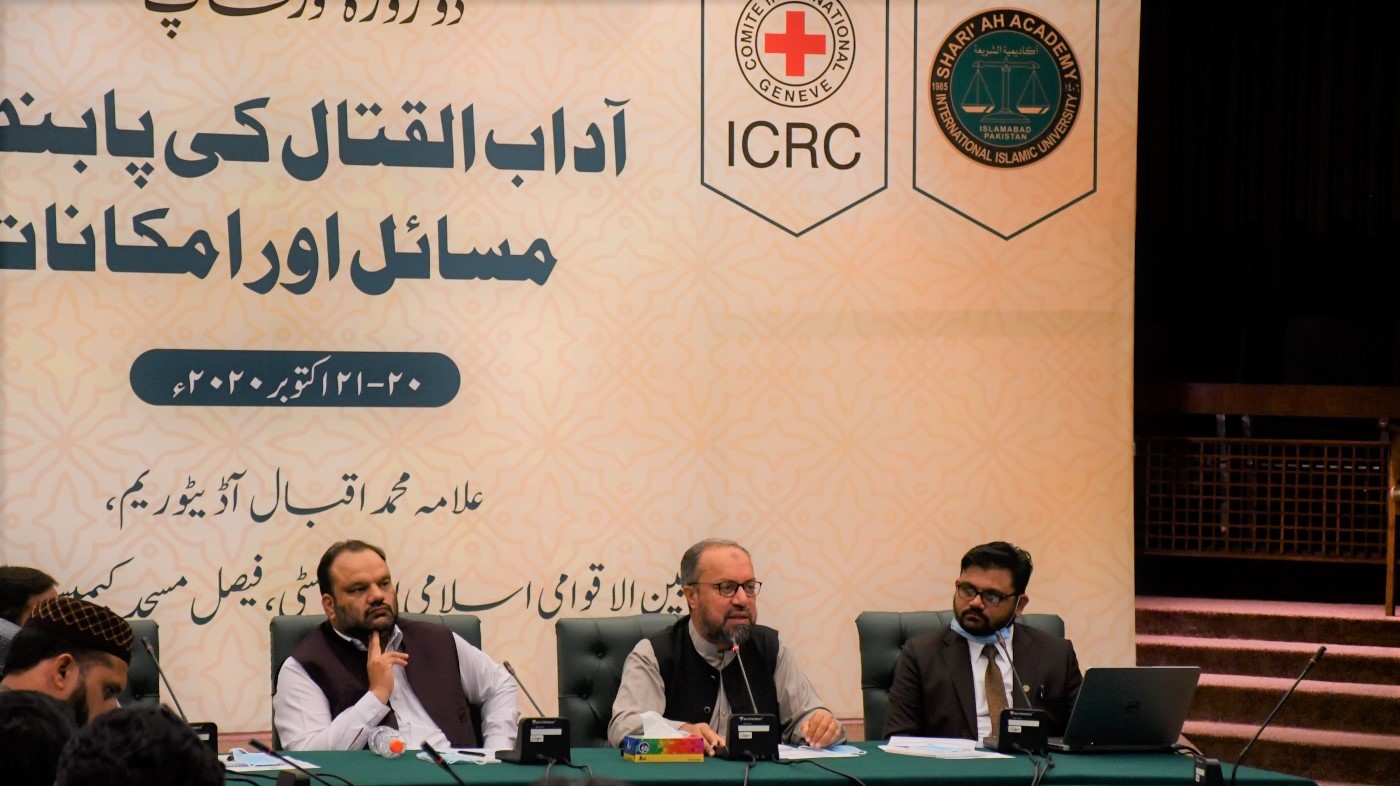 The first and foremost question was the justification of the rules of International Humanitarian Law (IHL) and their compatibility with Islamic law. To answer this question from the perspective Islamic law, some significant works have already been published in Pakistan, including Jihad, Muzahamat awr Baghawat Islami Shari‘at awr Bayn al-Aqwami Qanun ki Roshni mayn (Jihad, Resistance and Rebellion from the Perspective of Islamic Shariah and International Law) in Urdu by Dr. Muhammad Mushtaq Ahmad (2008); Islamic Law of War and Peace by Dr. Muhammad Munir (2019); and Rebellion: A Comparative Study of Islamic and Modern International Law by Dr. Sadia Tabassum (2020).

In the context of Pakistan, it is especially important to acknowledge the significance armed groups give to the rules of Islamic law, which are, often, cited for justifying or criticizing conduct of hostilities. Islamic laws have been, and are, interpreted in different manners by Muslim non-state armed actors leading to highly divergent conclusions. It is these actors who raise concerns about the compatibility of IHL rules with Islamic law, partly because they perceive that IHL rules are made and advocated by the West. Several workshop participants expressed their concern that non-state armed actors often seem to have no other option than using means and methods that violate the rules of IHL, such as suicide attacks against non-combatants, duress (ikrah) and reprisals (mu‘amala bi-l-mithl).

In case of Muslim fighters, religion or scriptural laws and their interpretation (fiqh) play a pivotal role in the socialization of norms of restraint. Moreover, there are certain religious figures and institutions (madaris) that are an important source of influence over weapon bearers. Legal verdicts (fatwa) are issued by religious leaders, which have an enormous impact on the weapon-bearers’ behaviors, for instance, in respect to the issue of suicide attacks against non-combatants and other rules regarding the conduct of hostilities. These verdicts are based on a specific interpretation of scriptural laws and they require to be critically evaluated, particularly in the light of authentic classical and well-recognized fiqh manuals.

This workshop is part of a larger project and will assist the project research team to identify and recommend areas for further research. Other workshops with important Islamic scholars and opinion makers will follow to achieve better socialization of the norms and values of the law of armed conflict.