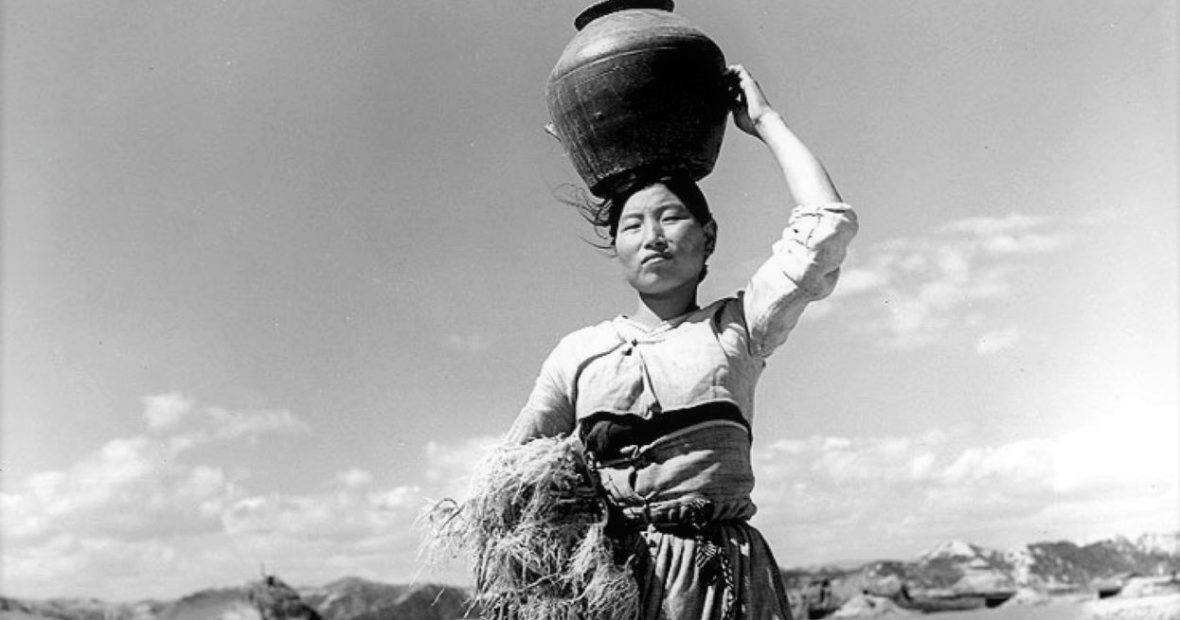 The story of the Buddha’s past life as prince Vessantara is dear to the hearts of Buddhists across many cultures and lineages. As a Buddha-in-training, Vessantara takes the practice of generosity to its limits, giving away wealth, power, and even his own children. Listeners of this story applaud his extreme virtue, even as we cringe at its consequences. Somehow we justify Vessantara’s tragic loss of home, livelihood, and family as an intentional choice.

What if we read the story of Vessantara a different way? What if Vessantara hadn’t had a choice?

“Once the Buddha was displaced. He was born as Vessantara, named after Vessa Street, for he was born neither in his father’s home, nor his mother’s home, but on the road. A fitting name for someone who never fit in.

Vessantara was always giving things away. First, he was merely a nuisance – then he became an economic liability, a threat to national security. When he gave away the wish-fulfilling elephant, the people raised their voices and their weapons; they demanded blood. Instead of killing Vessantara, the king decided to drive him out.

The night before he fled his home, Vessantara urged his wife Maddī to hide her wealth so that she could take care of their children and parents without him. But there was nowhere to hide it, no way to sustain a life where they were hated.

Maddī knew of the dangers of the wilderness: stinging insects and snakes, bears and jackals, even plagues from the other side of the river. But widowhood was a worse danger than these – in her mind’s eye, she saw men pulling her down into the dust by the hair, saw them beating her children without a father to protect them. There was no safety here for her anymore.

Vessantara, Maddī, and the children left the next morning. They left by horse and chariot. All their other possessions had been taken. Early on their journey, they were plundered of their horses. Soon after, their chariot was stolen. Vessantara and Maddī each took a child upon their hips and kept moving.

The earth under their feet didn’t know that their fates hung in the balance. The grass bent toward the morning sun. The breeze ruffled the leaves with a gentleness like a child’s touch.

Although the journey to Mount Vamka was long, no one sent humanitarian aid. Vessantara and Maddī had to be resourceful. They foraged for food. Their children’s small hands were perfect for plucking fruit from the trees on the roadside. But still, the children were hungry and cold. The family found an abandoned hermitage for shelter, hoping that the owner would not return.

When Maddī returned to find out that their children were gone, she was crazed with grief. She returned again and again to the places where the children had just been playing and picking fruit. She could almost feel the touch of their tender hands on the leaves. It was only a matter of time before Maddī herself was abducted.”

As we all know, Vessantara’s story ends well enough. His wife is returned to him unharmed, he is reunited with his children, who had been lovingly tended by the gods while in capture, and he is finally welcomed back to his kingdom with all the provisions he and his family need for well-being.

Yet, if we remove the factor of intentional choice from Vessantara’s story, the first part of his narrative looks much like the narratives of today’s 100 million displaced people, many of whom are displaced by conflict. A family find themselves no longer safe in their home. They have no choice but to flee, although the road is equally dangerous. They lose their possessions, struggle to find food and shelter, and are exploited by strangers. The children are trafficked and the family is separated. Maddī is abducted. Vessantara is helpless. They have no political protection, no physical assistance, no means to find their missing family members.

In a conflict zone, where hundreds or thousands or hundreds of thousands of Vessantaras and Maddīs are displaced, the needs of physical and family protection are compounded by the exigencies of war. Roads and ports may be blocked, food may be scarce, people may not have access to their legal documents, and communication may be severely limited.

Does only a future Buddha deserve to have a safe home and family? What would it take to give every displaced person’s story a better ending?

The ICRC is engaged in many of the tasks that the Vessantara narrative assigns to the gods: protection, food, shelter, and family reunification. Yet there are many human characters in Vessantara’s story who had the potential either to prevent or to alleviate his tragic situation. The angry citizens who urge the king to drive Vessantara out could have tried to resolve their conflict with Vessantara in a non-violent way. The king could have ensured protection for Vessantara, even as an enemy prisoner, or he could have asked a neighboring king to do so. The people Vessantara meets on the road could have respected his family’s rights and dignity; they might have even offered the family hospitality or assistance.

Similarly, in a time of armed conflict, there are many parties and stake-holders who can help prevent unnecessary displacement and provide protection to displaced people. States and militaries have powerful roles to play, but citizens and civil society actors can also contribute significantly to the protection of displaced people and the preservation of their human dignity, no matter who they are – a neighbor, a stranger, or even a future Buddha.

Dr. Christina Kilby is Associate Professor of Religion at James Madison University and specialises in Tibetan Buddhism. In this field, she was awarded a fellowship by the Rare Book School at the University of Virginia to apply analytical bibliography (the study of books and manuscripts as physical objects) to Tibetan literary materials. She earned her B.A. degree in Religious Studies from Davidson College, her Master of Theological Studies degree from Harvard Divinity School, and her Ph.D. in History of Religions from the University of Virginia. She received a Fulbright-Hays fellowship in 2013-14 and has conducted extensive fieldwork among Tibetan communities in China, India, Nepal, and the United States.