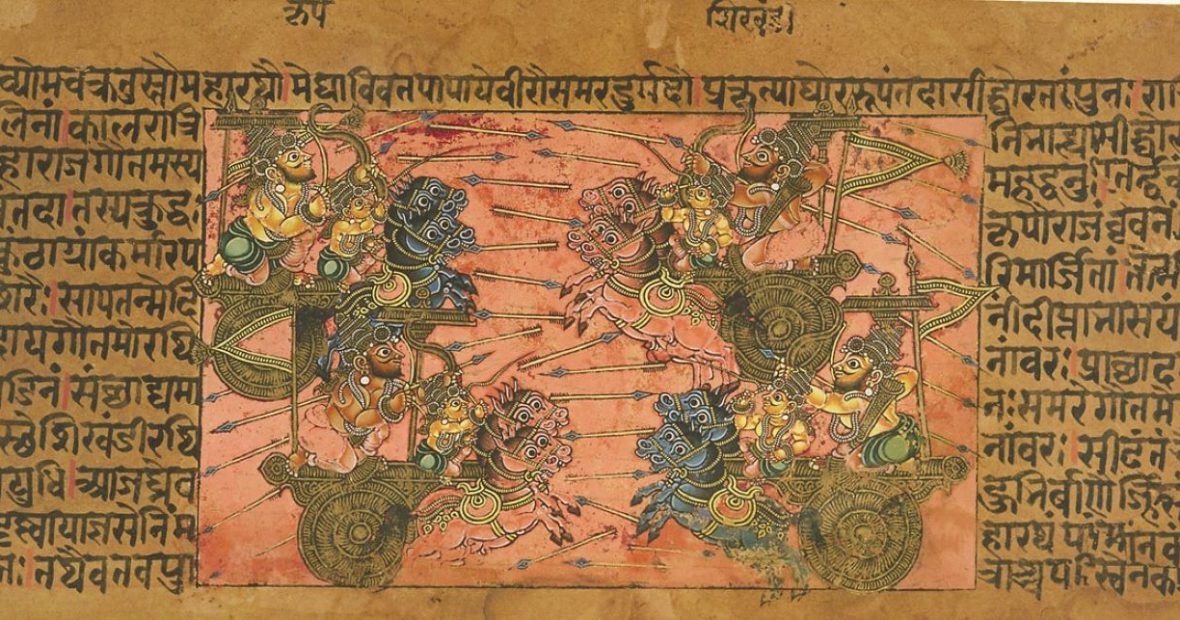 In this substantial new paper in the International Review of the Red Cross, Raj Balkaran and Walter Dorn chart rules of armed conflict in the Mahābhārata epic and a range of other classical Hindu texts. The paper seeks to highlight both convergences and divergences with IHL, as well as particular Hindu approaches on the righteous (dharmic) application of violence. Balkaran and Dorn demonstrate that, like IHL, classical Hinduism values the minimization of human suffering, proportionality in the use of force, immunity from attack for non-combatants – especially civilians – and care for the survivors of war, thereby balancing military necessity with humanity.

Divergences with IHL include the fact that classical Hinduism extols nonviolence in ways that critique the warrior’s duty to engage in even righteous war (dharma yuddha). Hindu epics also have more restrictions on the conduct of war than IHL in a number of respects, and their heightened emphasis on compassion and humane conduct can help reinforce and enrich modern IHL.

Raj Balkaran is a tutor with the Oxford Centre for Hindu Studies, where he also serves on the Continuing Education Department’s Course Development Board. He is a scholar of Sanskrit narrative texts and the author of The Goddess and the King in Indian Myth (Routledge 2018), The Goddess and the Sun in Indian Myth (Routledge 2020). He taught comparative religion and mythology at the University of Toronto School of Continuing Studies for a decade. Dr Balkaran runs a thriving life consulting practice and hosts the New Books in Indian Religions podcast.

Walter Dorn is Professor of Defence Studies at the Royal Military College of Canada (RMC) and the Canadian Forces College (CFC). He teaches officers of rank major to brigadier-general (and equivalents) from Canada and about 20 other countries. As an “operational professor” he participates in field missions and assists international organizations. For instance, he served on the UN’s Expert Panel on Technology and Innovation in UN Peacekeeping and has done consulting work for the International Committee of the Red Cross (ICRC).