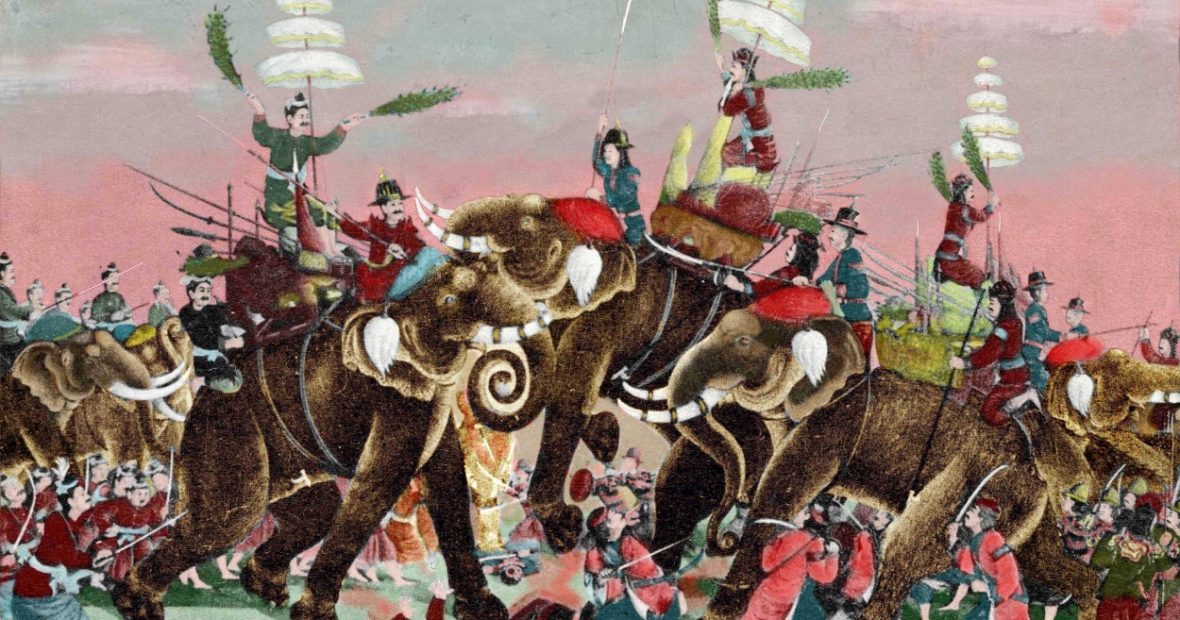 In this article, Professor Michael Charney shows how Buddhist-inspired rules to restrain warfare were developed in pre-colonial Myanmar.

Rules on the treatment of civilians and other non-combatants in conflict are often attributed to Western origins, particularly the increasingly widening circles of empathy that grew out of the European Enlightenment and found international implementation in the twentieth century. Nevertheless, such limits were pursued or encouraged by many non-Western societies as well, particularly amongst indigenous Americans.

Professor Charney examines the ways in which the Myanmar court set limits on violence in administration and limits on warfare. These limits were not an imposition of the West but emerged entirely within the Myanmar-Buddhist historical experience. He argues that these provide an existing, discernible and indigenous model for limiting violence in warfare in Myanmar society. The article also explains why this model was forgotten. The removal of the king and disintegration of the standing army that came with the end of indigenous rule in 1885 did away with crucial moderating influences, while the violence of the brutal Pacification Campaign from 1885 erased from Burmese social memory the idea that there could be limits in warfare.

Michael W. Charney is a military and imperial historian specializing in Southeast Asia in both the premodern and modern periods. He received his PhD at the University of Michigan in 1999. After two years as a postdoctoral research fellow with the Centre for Advanced Studies at the National University of Singapore (1999–2001), he joined the School of African and Oriental Studies, University of London.