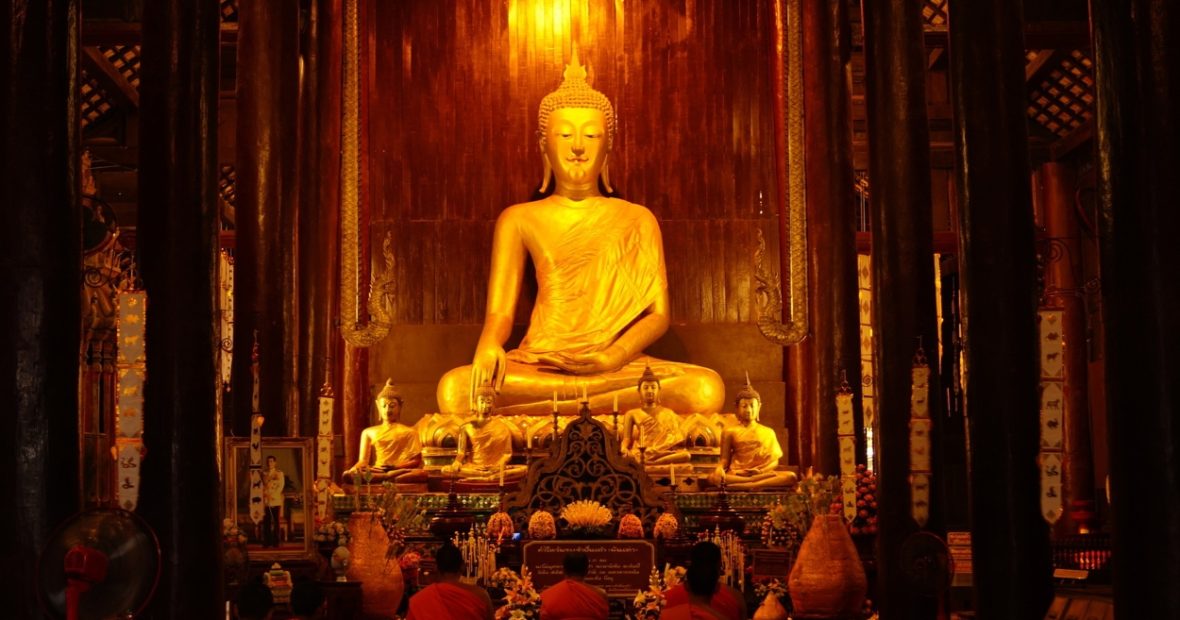 Buddhism is widely known and understood as a religion of non-violence, often finding application in the contexts of conflict prevention, negotiation and resolution. Very little research has been conducted on its stance when conflict is unpreventable or ongoing. For the past few years, the ICRC has been highly active in connecting and engaging with Buddhist circles around Asia and beyond to pioneer research on what Buddhism and its teachings have to say about the conduct of war, as well as its possible correspondences with International Humanitarian Law (IHL) in order to minimise harm and suffering during conflict.

Andrew Bartles-Smith, ICRC Regional Manager for Humanitarian Affairs, presented some of the ICRC project’s groundbreaking findings on the topic of Buddhism and IHL at a course titled “Conflict, Violence and Humanitarian Work” organised by The King Prajadipok’s Institute in Bangkok in collaboration with the Institute of Buddhist Management for Happiness and Peace Foundation (IBHAP Foundation) and the ICRC.

Mr. Bartles-Smith explained to the audience of leading Thai businessmen, police, military, and religious organisation representatives how the ICRC has been engaging with the Buddhist Sangha, lay practitioners and scholars. The presentation delved into how Buddhism and IHL take convergence in many concepts that are of relevance during armed conflict, citing examples of Buddhist concepts which are relevant to reduce suffering during conflict, such as compassion, self-control, individual responsibility and the use of deadly force.