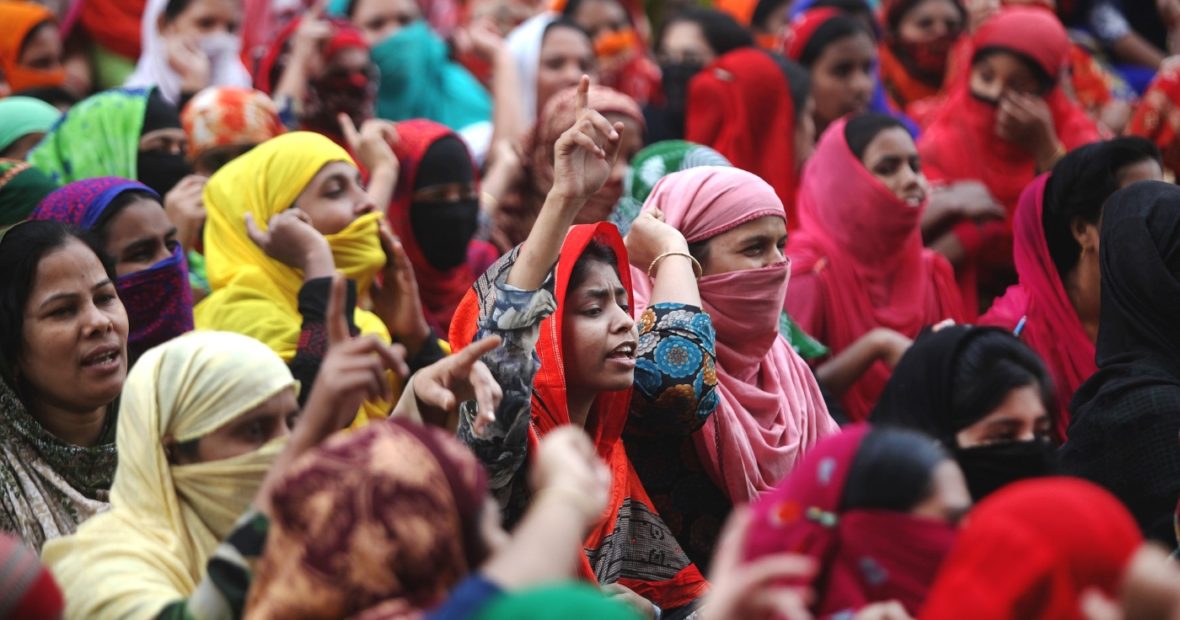 On 22 February 2021, the Bangladesh delegation of the ICRC organised a webinar on the role of religious leaders in preventing violence against women and children that was attended by about 40 religious leaders and scholars. Religious leaders have broad networks and are highly regarded in the country and by their respective communities. They are looked upon as opinion shapers regarding social issues and norms. Additionally, they have a religious mandate to influence positive change in communities and they can lobby governments and policymakers, directly or indirectly.

As in many countries around the world, in Bangladesh violence against women and children is increasingly widespread (of course, worldwide men are subject to sexual violence, too). Social acceptance and poor implementation of laws often lead to impunity for the perpetrators. Survivors and their families face severe social stigma and are often blamed for what happened to them. Consequences of such violence at the physical, psychological, and social level for victims as well as their families can be extremely serious. Despite efforts from service providers, access to support services is often limited and major access barriers exist.

Four scholars from four religions (Islam, Buddhism, Hinduism and Christianity) presented on the topic during the webinar:

– “The role of religious leaders in light of Buddhism to prevent the perpetration of violence against women and children”, Dr. Neeru Barua, Associate Professor, Department of Pali and Buddhist Studies, Dhaka University
[please read his presentation here]

In her opening speech, Katja Elena Lorenz, Head of Delegation, highlighted that religious leaders can play an essential role in raising awareness in society, and in validating and promoting best practices for preventing and addressing the causes and consequences of sexual violence. Dominic Earnshaw, ICRC Regional Coordinator for Global Affairs, moderated the webinar and introduced the ICRC’s work with religious circles all over the world. 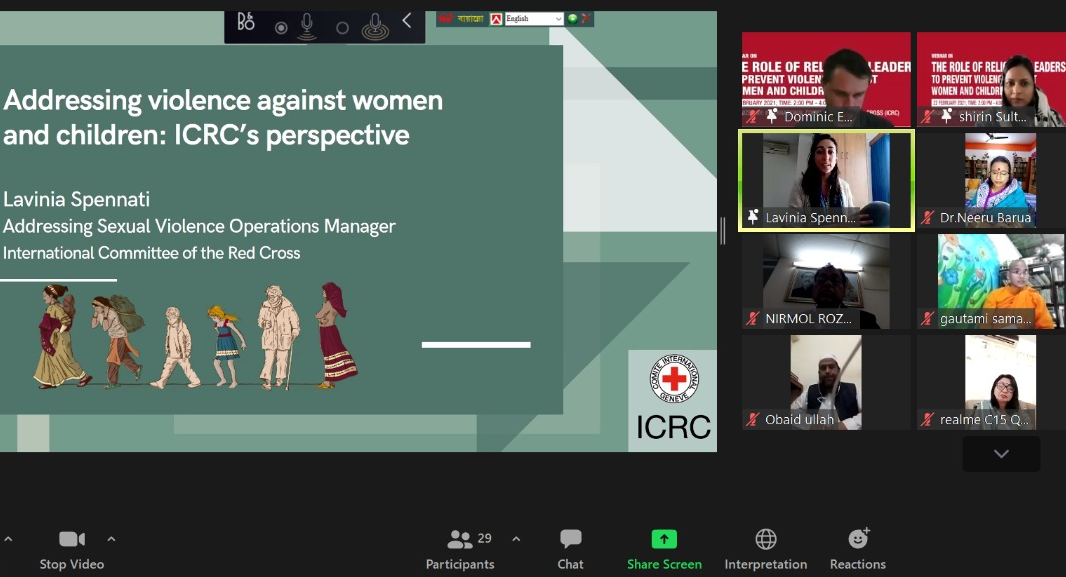 Lavinia Spennati, Addressing Sexual Violence Operations Manager with the ICRC in Bangladesh, presented the ICRC’s strategies to preventing sexual violence and how to respond to the consequences, either through direct support or through referral to specialized service-providers in full confidentiality. She also elaborated on the stigma attached to victims/survivors of sexual violence, their families, and to children born out of rape, the deep consequences on victims’ lives and economic wellbeing, their mental health, and the lives of their dear ones. Stigma is therefore a central element that needs to be addressed at all levels.

The webinar ended with an open discussion and recommendations on how to tackle the challenges on the ground. Attendees were invited to share ideas, initiatives and best practices to raise awareness and prevent violence against women and children. As religious minorities are comparatively more exposed to politically motivated sexual violence, the ICRC can play a role to mitigate this in coordination with religious minority groups, leaders and communities.