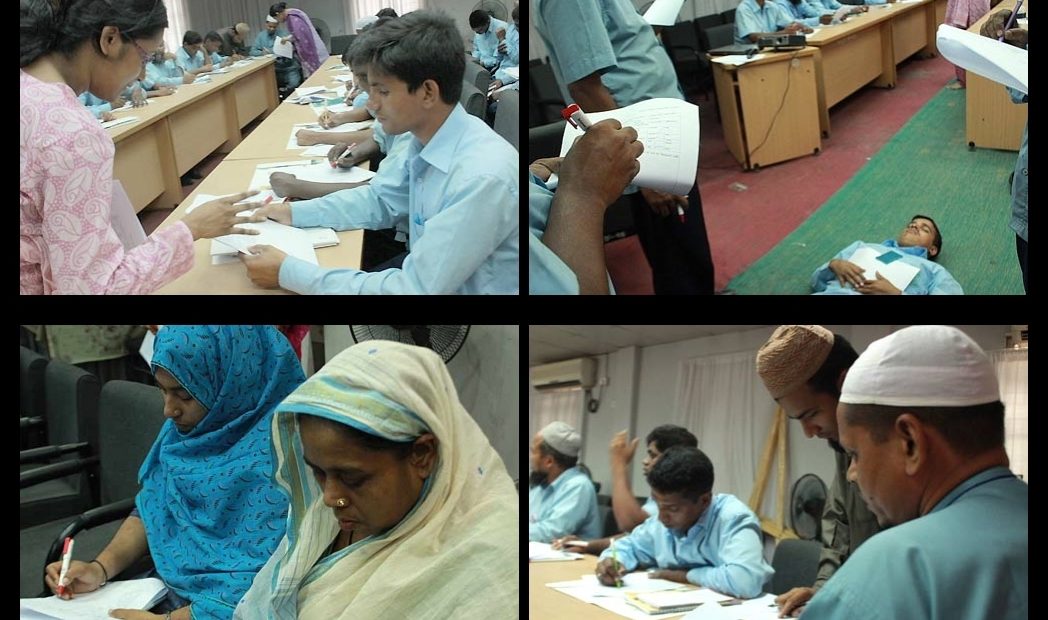 In May 2012, the ICRC organized a training session on dead body management for the employees of an Islamic social welfare organization in Bangladesh, Anjuman Mufidul Islam. The training emphasized the importance of correct identification procedures so that families may be informed.

The warmly lit room at Anjuman’s head office in Dhaka was occupied by 30 men and women, who listened intently at the start of their first formal training. Abul Bashar, 23, sprung up from his seat when ICRC trainer Shirin Sultana invited someone to be the “dummy” for the practical exercise. For the next 30 minutes, Bashar lay on the ground as Shirin demonstrated the procedure of identifying dead bodies; his colleagues zealously filled up the details on a form.

These participants were employees of Anjuman Mufidul Islam, an organization well-known in Bangladesh for its burial service of unclaimed bodies and humanitarian assistance in support of underprivileged members of society. Anjuman’s history goes back to the early part of the twentieth century, when communal violence was rampant in the subcontinent, and riots often broke out between Hindus and Muslims.

“These days communal violence is infrequent. However, being located in a disaster-prone zone, our country is afflicted by other forms of hazards,” says Kazi Abul Kashem, Anjuman’s Executive Director. He believes that the training provided by the ICRC helps to build on Anjuman’s capacity. With its free ambulance service within the city, Anjuman has often been one of the first responders during natural and man-made disasters. The organization’s drivers and carriers collect unclaimed bodies from police and hospital morgues and bury the deceased after performing ritual cleansing.

Abul Bashar, who lost his sister during Cyclone Sidr in 2007, says that he treats the unclaimed bodies and victims of disasters as his own family. The young man is proud of the respect society gives him with for being a humanitarian worker.

“We believe it is the right of every family to know the fate of their relatives and therefore the identification of dead bodies is vitally important,” says ICRC tracing field officer, Shirin Sultana. For Shirin, dead body management is also important from a religious and cultural point of view. “Proper collection and dignified management of the bodies helps families of the victims to conduct their mourning rites.”

The ICRC, with its broad experience in dealing with all kinds of emergencies, conducts regular training on dead body management in order to share expertise with other emergency responders. ICRC’s Dhaka delegation started working with Anjuman in 2011, contributing 400 body bags for the proper storage of dead bodies. The Bangladesh Red Crescent Society (BDRCS), which is ICRC’s main operational partner in the country, works with the ICRC to offer support to grieving families and document the cases of the dead. Shamsul Haque Chisti, President of Anjuman, hopes that the ICRC will extend its training to other branches of the organisation across the country.