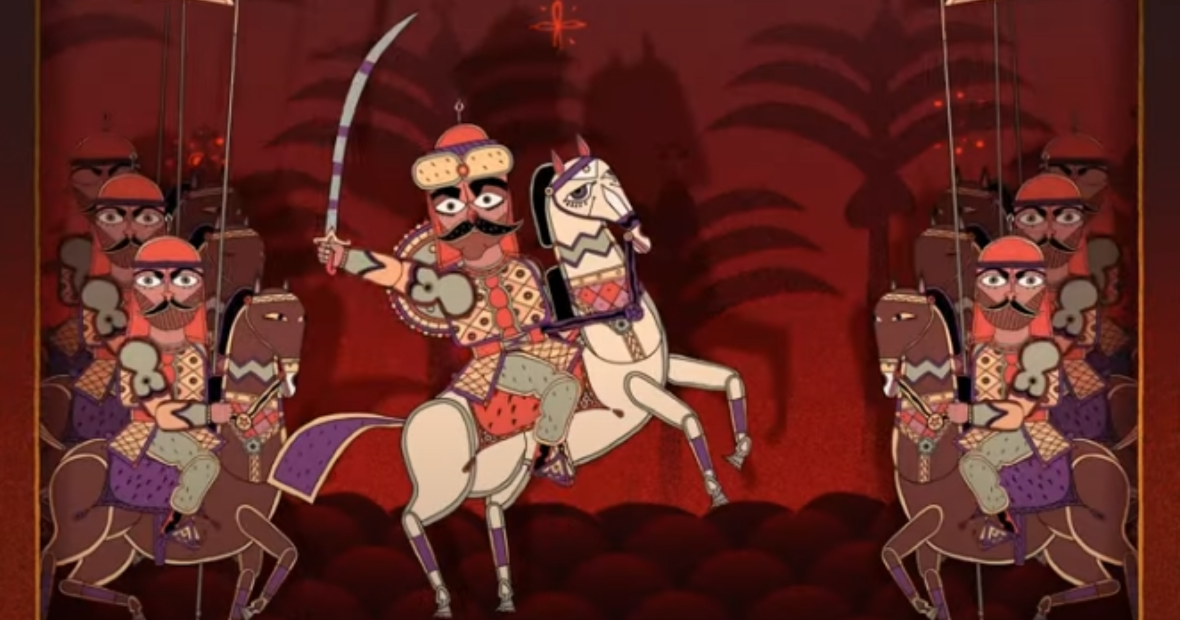 During the month of Ramadan, the defining feature in many Arab country households involves tuning in to watch television shows ranging from soap operas to historical epics with family and loved ones, before or right after Iftar time (fast-breaking). This perhaps stems from the tradition of ḥakawātī – storytellers who recount traditions, myths and legends that have been an essential part of Arab social life throughout the ages.

Appreciating this popular pastime, the ICRC in 2020 produced a series of 10 short videos, each featuring famous folk tales from Arab heritage, such as of the famous poet and knight ʿAntarah ibn Shaddād, which also link to International Humanitarian Law (IHL).

In 1997 and 2004, the Cairo RCC had collected, edited and published a number of stories into a book named “Popular Stories and Paintings from the Heritage”. Delving into the book, a selection of folk stories were chosen to be animated in the Ramadan series format with a narrator recounting the tales in Arabic. Each video furthermore has a description underneath of the character and narrative it tackles.

These ancient folk tales illustrate that concepts of restraint in war are not at all a foreign innovation, but have been a deeply embedded practice within the Arabic and Islamic culture for centuries. They illustrate the value of human life and dignity, while also promoting the respect for vulnerable individuals like children, women and prisoners of war, similar to the rules of IHL, but with a strong emphasis on chivalry.

Please see the video playlist below: