For 150 years, the International Committee of the Red Cross (ICRC) has been striving to alleviate the suffering of victims of war and violence, wherever they may be. 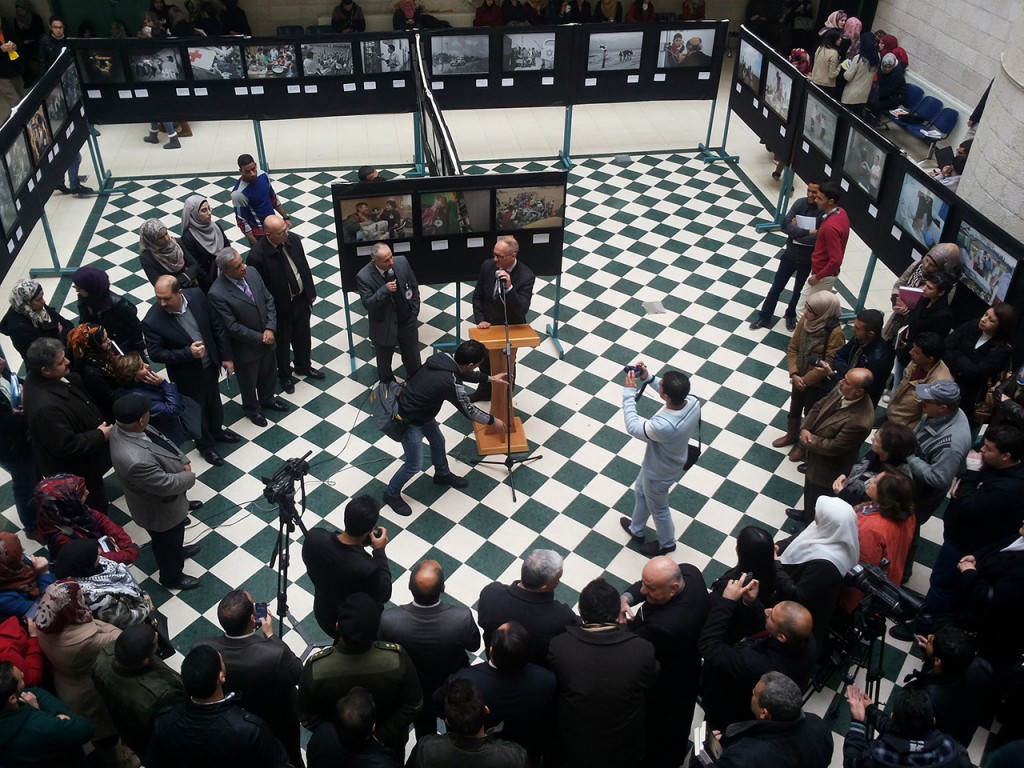 Traveling ICRC150 photo expo came to Nablus in February, at the Law Faculty of an-Najah university.

Photos: 66 Years in Israel and the occupied territories

Over the last months, we have celebrated our 150th birthday – and 66 years of humanitarian work in Israel and the occupied territories – with a travelling photo exhibition in Ramallah, Tel Aviv, Gaza, Hebron, Nablus, Jenin and Bethlehem. (See pictures from the exhibition at the end of this article).

Some of the 55 photos in the exhibition featured historic images from the Arab-Israeli conflict, the Israeli occupation of southern Lebanon from 1982-2000, as well as the ICRC’s humanitarian assistance in the West Bank and Gaza. 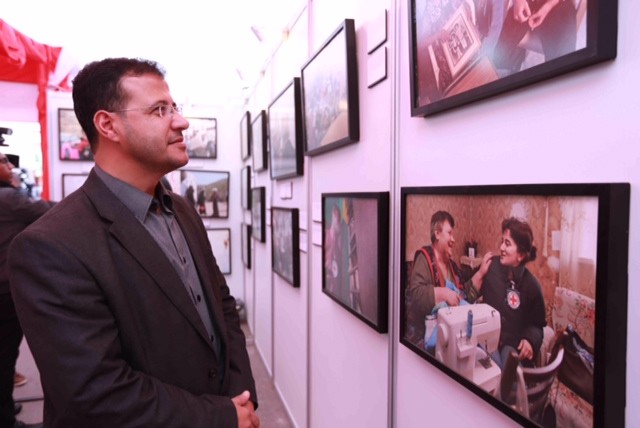 Mr. Asfour, who benefited from ICRC prison visits, was interested to discover ICRC’s many activities worldwide during the exhibition in Gaza.

150 Years: From Battlefield to Detention

Since the ICRC was founded 150 years ago, the constantly changing nature of war and other violence has continually thrown up new challenges for humanitarian action.

Throughout this time, the ICRC has adapted to the latest developments, with the sole aim of protecting and assisting people affected by armed conflict.

Initially restricted to caring for sick and wounded soldiers on the battlefield, the scope of the ICRC’s work grew to include other persons caught up in war and its consequences.

With its mandate extended to prisoners of war, civilians, displaced people and refugees, the organization expanded the range of its activities accordingly. As well as visiting prisoners and facilitating communication with their families, the ICRC gradually began distributing food and other relief items to people in need.

“In the occupied territories, the ICRC supports health care and physical rehabilitation services for war-wounded patients or victims of other violence. We are also repairing water and sanitation systems and offering livelihood programmes for the most vulnerable, for example supplying seeds, farming tools, fishing equipment and livestock,” de Maio said.

The rules of war

Promoting the principles of international humanitarian law is also central to the ICRC’s action. Since it was founded in 1863, the organization has endeavored to impose limits on the methods and means of warfare.

To this end, the ICRC approaches the parties in conflict and urges them to spare and respect the rights of people not, or no longer, taking part in the hostilities.

These efforts have led to the adoption of a set of international laws of war, the most well known being the Fourth Geneva Convention of 1949.

In addition to being the ‘guardian’ of modern international humanitarian law, the ICRC also seeks to raise awareness and foster compliance with this body of law. 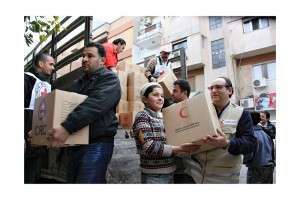 Syrian conflict, 2011 to present. The Al-Ghuta neighbourhood of Homs, 15 February 2012. Volunteers from the Syrian Arab Red Crescent and local residents unload food supplies. The ICRC often works closely with the National Red Cross or Red Crescent Society of the country in which it is operating. 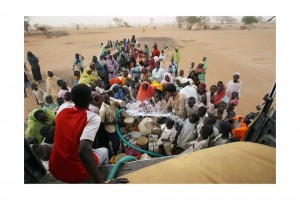 Civil war in the Darfur region of Sudan, 2003 to present. Gereida camp for displaced people, 2006. People wait in line for water distributed by the ICRC. There are more than 90,000 people in the camp. The ICRC provides water and relief items, as well as running a field hospital. 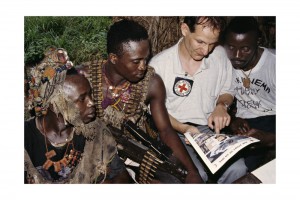 Sierra Leone Civil War, 1991-2002. Between Bo and Kenema. An ICRC delegate explains the principles of international humanitarian law to militia fighters. Introducing fighters to the law of war and maintaining a bilateral dialogue with them to foster compliance is a key part of the ICRC’s work. 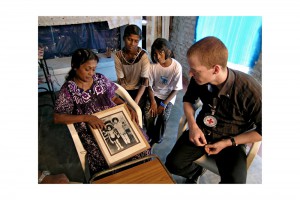 Sri Lankan Civil War, 1983-2009. Pandiruppu, near Kalmunai, 2004. An ICRC delegate visits a family in which two sons are missing in connection with the conflict. Since 2000, the ICRC has been focusing in particular on the issue of people who go missing in wartime. Ascertaining the fate of missing persons, offering material and psychosocial support to their families, and identifying remains are all part of the ICRC’s work, especially in post-conflict situations.