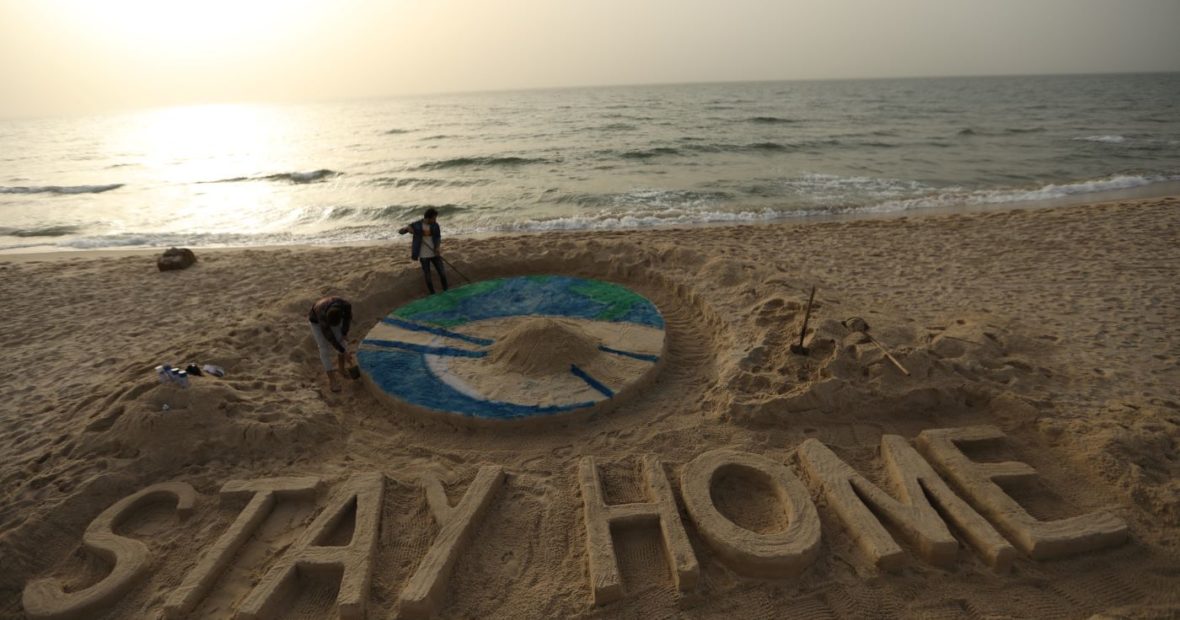 Confinement is not new to Gaza. Gazans have been living under severe restrictions on the movement of people and goods for a decade and a half, paralyzing its economy and affecting all aspects of life, and isolating it from the entire world. The new factor is that it now lives in two isolations; the one imposed on it, and an additional one that started when the world shut down and countries closed their borders, racing against time to limit the spread of the new Coronavirus.

Most of the population in Gaza found in social media and the Internet a virtual bridge that would connect them to the outside world; however, the majority still feels that the suffocating Gaza economy has little to offer for the future. In the last year, the Rafah crossing between Gaza and Egypt was opened, allowing a limited number of residents to travel for treatment, study or work abroad, and return to Gaza after the reason for travel was no longer valid.

The people of Gaza received news about the COVID-19 pandemic with a sense of humor mixed with bitterness. When they first heard “quarantine for fourteen days”, many social media influencers circulated posts and messages like this one: “Fourteen days of quarantine? Gaza is virus-free; it has been forced to quarantine for fourteen years”. However, this sense of humor did not last long when the health authorities in the Strip announced the first two cases of COVID-19 among those coming from abroad.

It wasn’t until two new cases of Coronavirus were announced among returnees to Gaza staying in quarantine centers that the people started to take the matter of precautionary measures seriously. While schools, universities, restaurants and places of worship were closed, unusually light traffic was observed in the usually-crowded streets of Gaza.

Everyone realises that any hint of the virus spreading in this part of the world, a place with one of the highest population densities in the world, would be disastrous. The fragile health system, already stretched by the restrictions imposed, the internal Palestinian disputes, and the lack of medicines and equipment, would not be able to respond to the pandemic. This called on the authorities in Gaza to refer all returnees, including those who had finished treatment outside the Strip, to one of the thirty quarantine centers that had been prepared to keep the situation under control.

Rawan is one of those people who returned to the Strip after giving birth to triplets in a Jerusalem hospital. “I faced health problems during the sixth month of my first pregnancy, and I was one of the lucky ones who had access to advanced medical care not available in Gaza. Thank God for his blessings. As soon as I arrived in Gaza, they told me I should stay in quarantine until April 21st, it was a long and exhausting journey, two months away from home, and now I must spend three weeks in quarantine. I realise this is in my interest and in the interest of my children, but I miss my family, I want my husband to meet the triplets,” Rawan said. She added, “the doctor and nurses here are monitoring my babies, and I still worry about them. Oh, I can’t wait to get back home!”

The necessary care for hundreds of people in quarantine centers is an additional commitment, not only at the financial level and the ability to provide materials for sanitization and personal hygiene, but also the provision of health care to those sick among them, given the lack of medicines and medical consumables. All this puts the medical staff once more in the face of a new crisis, knowing that for the past two years they have worked at full capacity to treat the wounded demonstrators.

This prompted the ICRC to provide urgent assistance to the authorities: 500 mattresses; 1,000 blankets; and personal hygiene items for 1,500 people. It also provided a shipment of medical consumables, personal protective kits and 20,000 surgical masks to the Palestine Red Crescent Society.

Supporting the health system in preparation for any development that may arise is a priority for the ICRC, but the needs are great and urgent. As Gaza waits for the return of hundreds of people stuck in Egypt in the coming days, who will be transferred to quarantine centers, it becomes particularly necessary to keep the health system ready.

To each person coming out of quarantine there is a story to tell family and friends. As the people of Gaza whimsically describe their own individual experiences in isolation, they make sure to carry on with life, education, cultural meetings and music-learning via the Internet. They hope that the world would now have sense of their confinement. They wish that while governments take decisions to eliminate the virus, the overall situation would change and they would be able to break free from confinement in the post-Corona period.