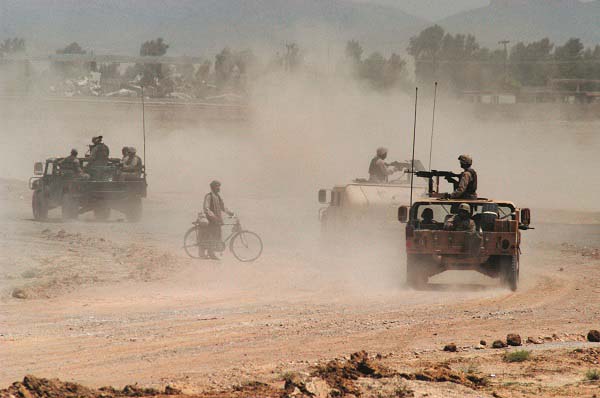 Only States may become party to international treaties, and thus to the Geneva Conventions and their Additional Protocols. However, all parties to an armed conflict – whether States or non-State actors – are bound by international humanitarian law.

At the end of 2003, almost all the world’s States – 191, to be precise – were party to the Geneva Conventions. The fact that the treaties are among those accepted by the greatest number of countries testifies to their universality. In the case of the Additional Protocols, 161 States were party to Protocol I and 156 to Protocol II by the same date.

Multilateral treaties between States, such as the Geneva Conventions and their Additional Protocols, require two separate procedures:

a) signature followed by ratification

While signature does not bind a State, it does oblige the State to behave in a way which does not render the substance of the treaty meaningless when the State subsequently ratifies and solemnly undertakes to respect the treaty.

This is the act whereby a State which did not sign the text of a treaty when it was adopted consents to be bound by it. Accession has the same implications as ratification.

A newly independent State may, by means of a declaration of succession, express the desire to remain bound by a treaty which applied to its territory prior to independence. It may also make a declaration of provisional application of the treaties while examining them prior to accession or succession.

Lastly, national liberation movements covered by Article 1, paragraph 4, of Protocol I may undertake to apply the Conventions and the Protocol by following the special procedure set down in Article 96, paragraph 3, of Protocol I.

Whose duty is it to spread knowledge of the Conventions and Protocols?

States have a legal obligation to spread knowledge of the Conventions and Protocols:

“The High Contracting Parties undertake, in time of peace as in time of war, to disseminate the text of the present Convention as widely as possible in their respective countries, and, in particular, to include the study thereof in their programmes of military and, if possible, civil instruction, so that the principles thereof may become known to the entire population, in particular to the armed fighting forces, the medical personnel and the chaplains.”
(Arts. 47, 48, 127 and 144 of, respectively, GC I, II, III & IV)

“The High Contracting Parties undertake, in time of peace as in time of armed conflict, to disseminate the Conventions and this Protocol as widely as possible in their respective countries and, in particular, to include the study thereof in their programmes of military instruction and to encourage the study thereof by the civilian population, so that those instruments may become known to the armed forces and to the civilian population.”
(Art. 83, Protocol I)

“This Protocol shall be disseminated as widely as possible.”
(Art. 19, Protocol II)

The ICRC and the task of spreading knowledge of humanitarian law

Under the Statutes of the International Red Cross and Red Crescent Movement, it is the task of the ICRC to:
“(…) work for the understanding and dissemination of knowledge of international humanitarian law applicable in armed conflicts and to prepare any development thereof.”
(Art. 5, para. 2g)

“(…) [maintain close contact with National Societies] (…) in matters of common concern, such as their preparation for action in times of armed conflict, respect for and development and ratification of the Geneva Conventions, and the dissemination of the Fundamental Principles and international humanitarian law.” (Art. 5, para. 4a)