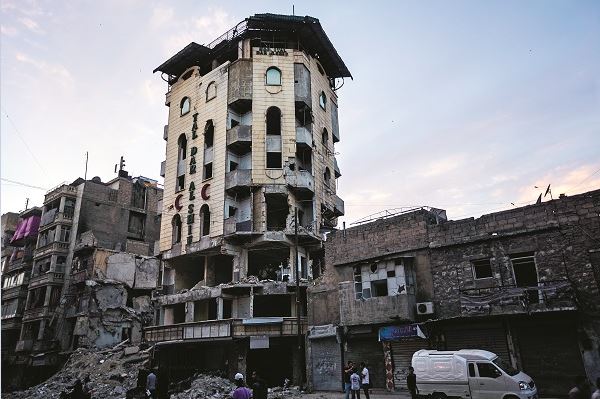 IACs occur when one or more States resort to the use of armed force against another State. An armed conflict between a State and an international organization is also classified as an IAC. Wars of national liberation, in which peoples are fighting against colonial domination and alien occupation and against racist regimes in the exercise of their right of self-determination, are classified as IACs under certain conditions (See Article 1, paragraph 4, and Article 96, paragraph 3, of Additional Protocol I).

Many armed conflicts today are non-international in nature. An NIAC is an armed conflict in which hostilities are taking place between the armed forces of a State and organized non-State armed groups, or between such groups. For hostilities to be considered an NIAC, they must reach a certain level of intensity and the groups involved must be sufficiently organized. IHL treaty law establishes a distinction between NIACs within the meaning of common Article 3 and NIACs falling within the definition provided in Article 1 of Additional Protocol II.

1) It introduces a requirement of territorial control, by providing that organized non-State armed groups must exercise such territorial control “as to enable them to carry out sustained and concerted military operations and to implement this Protocol.”

Simultaneous existence of IAC and NIAC

The rules for NIACs remain less detailed than those for IACs. For instance, there is no combatant or prisoner-of-war status in the rules governing NIACs. That is because States have not been willing to grant members of organized non-State armed groups immunity from prosecution under domestic law for taking up arms. Given the principle of State sovereignty and States’ reluctance to subject internal matters to international codification, it has proven difficult to strengthen the system of protection in NIACs. It should be noted however that the important gap between treaty rules applying in IACs and those applying in NIACs is gradually being filled by customary law rules, which are often the same for all types of armed conflict.

What law applies to internal disturbances and tensions?

Internal disturbances and tensions (such as riots and isolated and sporadic acts of violence) are characterized by acts that disrupt public order without amounting to armed conflict; they cannot be regarded as armed conflicts because the level of violence is not sufficiently high or because the persons resorting to violence are not organized as an armed group.

IHL does not apply to situations of violence that do not amount to armed conflict. Cases of this type are governed by the provisions of human rights law and domestic legislation.