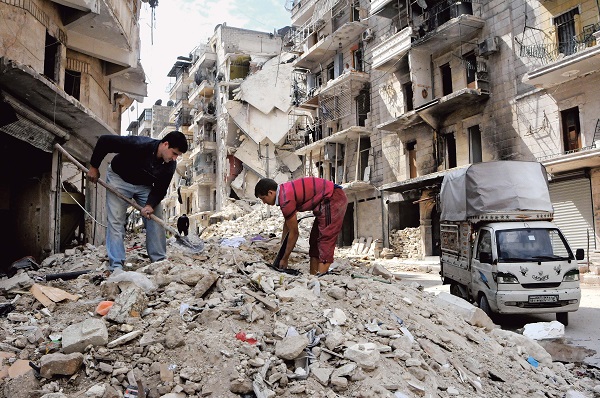 There are three basic rules that regulate the way in which a party to an armed conflict may carry out military operations, i.e. conduct hostilities. These are the rules on distinction, proportionality and precautions. They aim to protect civilians against the effect of hostilities. In addition to these rules, there is the prohibition against causing superfluous injury or unnecessary suffering, which protects combatants and other legitimate targets of attack. These rules have been codified notably in Additional Protocol I. They exist in customary IHL for international and non-international armed conflicts.

Attacks directed against a combatant or a military objective must be in accordance with the proportionality rule. This means that it is prohibited to launch an attack that is likely to cause incidental loss of civilian life, injury to civilians, and/or damage to civilian objects that would be excessive in relation to the concrete and direct military advantage anticipated. In other words, a military objective may be attacked only after an assessment leading to the conclusion that civilian losses are not expected to outweigh the military advantage foreseen.

A party to an armed conflict must take constant care to spare civilians or civilian objects when carrying out military operations. The party conducting an attack must do everything feasible to verify that the targets are military objectives. It must choose means and methods of attack that avoid, or at least keep to a minimum, the incidental harm to civilians and civilian property. It must refrain from launching an attack if it seems clear that the losses or damage caused would be excessive in relation to the concrete and direct military advantage anticipated. Effective warning must be given of attacks that may affect the civilian population, unless circumstances do not permit. Precautions must also be taken against the effects of attacks. For example, military objectives must not, as far as possible, be situated in the vicinity of civilian populations and civilian objects; all other necessary precautions must also be taken.

Civilians are protected against attacks, unless and for such time as they directly participate in hostilities. To clarify what this means in practice, the ICRC conducted several meetings of experts at which this notion was discussed. In 2009, the ICRC published a document based on these discussions: Interpretive Guidance on the Notion of Direct Participation in Hostilities under International Humanitarian Law. Interpretive Guidance stipulates that civilians are considered to be participating directly in hostilities when they carry out specific acts as part of the conduct of hostilities between parties to an armed conflict. In order to qualify as direct participation in hostilities, a specific act must meet the following criteria cumulatively:

2. There must be a direct causal link between the act and the harm likely to result either from that act or from a coordinated military operation of which that act constitutes an integral part.

3. There must be a belligerent nexus. This means that the act must be specifically designed to directly cause the required threshold of harm in support of a belligerent party and to the detriment of another.

Civilian are regarded as directly participating in hostilities, and lose their protection against attack, if and for as long as they carry out such acts.