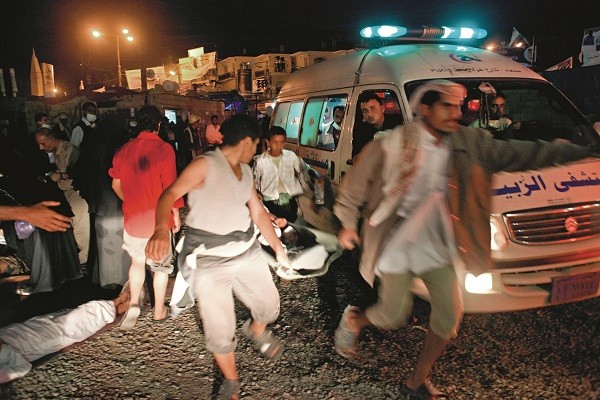 The origins of the 1949 Geneva Conventions

The Geneva Convention for the Amelioration of the Condition of the Wounded in Armies in the Field was adopted in 1864. It was revised and developed in 1906 and 1929. Another convention, relative to the Treatment of Prisoners of War, was also adopted in 1929. In 1934, the 15th International Conference of the Red Cross met in Tokyo and approved the text of an international convention – drafted by the ICRC – on protection for civilians of enemy nationality on territory belonging to or occupied by a belligerent.

No action was taken on that text, States refusing to convene a diplomatic conference to decide on its adoption. As a result, the provisions contained in the Tokyo draft were not applied during the Second World War. It was only in 1949, after the Second World War had ended, that States adopted the four Geneva Conventions, which remain the cornerstone of IHL. While the first three Geneva Conventions of 1949 grew out of existing treaties on the same subjects, the fourth Geneva Convention was absolutely new, being the first IHL treaty to deal specifically with the protection of civilians during armed conflict. The death toll among civilians during the Second World War was one of the reasons for the development and adoption of such a treaty.

The origins of the 1977 Additional Protocols

The 1949 Geneva Conventions were a major advance in the development of IHL. After decolonization, however, there was a need for rules applicable to wars of national liberation as well as civil wars, whose occurrence increased significantly during the Cold War. What is more, treaty rules on the conduct of hostilities had not evolved since the Hague Regulations of 1907. Since revising the Geneva Conventions might have jeopardized some of the advances made in 1949, it was decided to adopt new texts in the form of Protocols additional to the Geneva Conventions, which took place in June 1977.

In 2005, a third Protocol additional to the Geneva Conventions was adopted. This instrument recognizes an additional emblem – composed of a red frame in the shape of a square on edge on a white ground – which has come to be known as the ‘red crystal’. This additional emblem is not intended to replace the red cross and red crescent but to provide a further option. The shape and the name of this additional emblem were arrived at after a long selection process, the goal of which was to create an emblem free of any political, religious or other connotation and that could be used throughout the world.

Content of the Geneva Conventions and the Additional Protocols

The Geneva Conventions protect every individual or category of individuals not or no longer actively involved in hostilities:

• Fourth Geneva Conventions: Civilians, such as:

– foreign civilians on the territory of parties to the conflict, including refugees
– civilians in occupied territories
– civilian detainees and internees
– medical and religious personnel or civil defence units.

Common Article 3 provides minimum protection in non-international armed conflicts. It is regarded as a treaty in miniature, representing a minimum standard from which belligerents should never depart. The rules contained in common Article 3 are considered to be customary law. (See box.)

Additional Protocol I supplements the protection afforded by the four Geneva Conventions in international armed conflict. For example, it provides protection for wounded, sick and shipwrecked civilians and civilian medical personnel. It also contains rules on the obligation to search for missing persons and to provide humanitarian aid for the civilian population. Fundamental guarantees are provided for all persons, independently of their status. In addition, Additional Protocol I codified several rules on protection for the civilian population against the effects of hostilities.

Additional Protocol II develops and supplements common Article 3 and applies in non-international armed conflicts between the armed forces of a State and “dissident armed forces or other organized armed groups which, under responsible command, exercise such control over a part of its territory as to enable them to carry out sustained and concerted military operations and to implement this Protocol.” (On the conditions for applying Additional Protocol II) Additional Protocol II strengthens protection beyond the minimum standards contained in common Article 3 by including prohibitions against direct attacks on civilians, collective punishment, acts of terrorism, rape, forced prostitution and indecent assault, slavery and pillage. It also provides rules on the treatment of persons deprived of their liberty.

In the case of armed conflicts not of an international character occurring in the territory of one of the High Contracting Parties, each Party to the conflict shall be bound to apply, as a minimum, the following provisions:

1) Persons taking no active part in the hostilities, including members of armed forces who have laid down their arms and those placed hors de combat by sickness, wounds, detention, or any other cause, shall in all circumstances be treated humanely, without any adverse distinction founded on race, colour, religion or faith, sex, birth or wealth, or any other similar criteria.

To this end, the following acts are and shall remain prohibited at any time and in any place whatsoever with respect to the above mentioned persons:

(a) violence to life and person, in particular murder of all kinds, mutilation, cruel treatment and torture;

(d)the passing of sentences and the carrying out of executions without previous judgment pronounced by a regularly constituted court, affording all the judicial guarantees which are recognized as indispensable by civilized peoples.

2) The wounded and sick shall be collected and cared for

– An impartial humanitarian body, such as the International Committee of the Red Cross, may offer its services to the Parties to the conflict.

– The Parties to the conflict should further endeavour to bring into force, by means of special agreements, all or part of the other provisions of the present Convention.

– The application of the preceding provisions shall not affect the legal status of the Parties to the conflict.