Efforts have been made, since ancient times, to protect individuals from the worst consequences of war. However, it was not until the second half of the 19th century that international treaties regulating warfare, including rights and protection for victims of armed conflicts, emerged.

Dufour (to Dunant): “We need to see, through examples as vivid as those you have reported, what the glory of the battlefield produces in terms of torture and tears.” 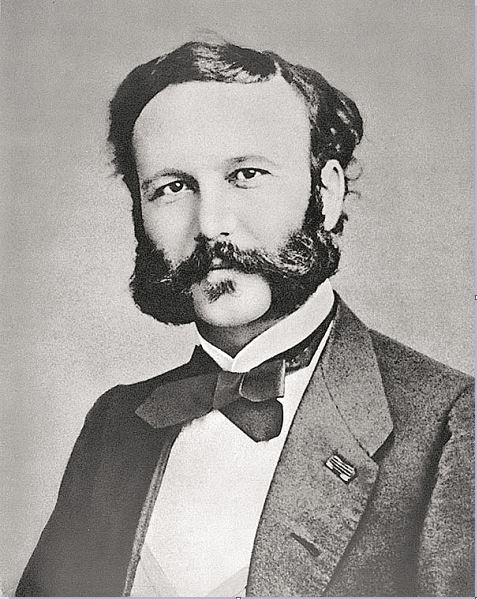 Dunant: “On certain special occasions, as, for example, when princes of the military art belonging to different nationalities meet … would it not be desirable that they should take advantage of this sort of congress to formulate some international principle, sanctioned by a Convention and inviolate in character, which, once agreed upon and ratified, might constitute the basis for societies for the relief of the wounded in the different European countries?”

Who were the founders of contemporary IHL?

Two men played a vital role in the emergence of contemporary IHL: Henry Dunant, a Swiss businessman, and Guillaume-Henri Dufour, a Swiss army officer. In 1859, while travelling in Italy, Dunant witnessed the grim aftermath of the battle of Solferino. After returning to Geneva he recounted his experiences in a book entitled A Memory of Solferino, published in 1862. General Dufour, who knew something of war himself, lost no time in lending his active moral support for Dunant’s ideas, notably by chairing the 1864 diplomatic conference at which the original Geneva Convention was adopted.

In 1863, together with Gustave Moynier, Louis Appia and Théodore Maunoir, Dunant and Dufour founded the ‘Committee of Five’, an international committee for the relief of the military wounded. This would become the International Committee of the Red Cross in 1876.

How did contemporary IHL come into being?

The Swiss government, at the prompting of the five founding members of the ICRC, convened a diplomatic conference in 1864. It was attended by 16 States, who adopted the Convention for the Amelioration of the Condition of the Wounded in Armies in the Field. This was the birth of modern IHL.

What innovations did the 1864 Convention bring about?

The Convention, which was a multilateral treaty, codified and strengthened ancient, fragmentary and scattered laws and customs of war protecting wounded and sick combatants and those caring for them. It was chiefly characterized by:
• standing written rules of universal scope to protect wounded and sick combatants
• its multilateral nature, open to all States
• the obligation to extend care to wounded and sick military personnel without discrimination (i.e. without any distinction between friend or foe)
• respect for and marking of medical personnel, transports and equipment using an emblem (red cross on a white background).

IHL prior to its codification

It would be a mistake to think of the founding of the Red Cross in 1863, or the adoption of the original Geneva Convention in 1864, as the starting point of IHL as we know it today. Just as there is no society of any sort that does not have its own set of rules, so there has virtually never been a war that did not have rules, vague or precise, covering the conduct of hostilities, their outbreak and their end.

“Taken as a whole, the war practices of primitive peoples illustrate various types of international rules of war known at the present time: rules distinguishing types of enemies; rules determining the circumstances, formalities and authority for beginning and ending war; rules describing limitations of persons, time, place and methods of its conduct; and even rules outlawing war altogether.”

The first laws of war were proclaimed several millennia before our era:

“I establish these laws to prevent the strong from oppressing the weak.”

Many ancient texts such as the Mahabharata, the Bible and the Koran contain rules advocating respect for the adversary. For instance, the Viqayet – a text written towards the end of the 13th century, at the height of the period in which the Arabs ruled Spain – contains a veritable code for warfare. Similarly, in medieval Europe, knights were required to follow rules of chivalry, which was a code of honour that ensured respect for the weak and for those who could not defend themselves. These examples reflect the universality of IHL.

From the beginning of warfare to the advent of contemporary IHL, over 500 cartels, codes of conduct, covenants and other texts designed to regulate hostilities have been recorded. They include the Lieber Code, which came into force in April 1863. The Code is important because it was the first attempt to codify existing laws and customs of war. Unlike the original Geneva Convention (adopted a year later), however, the Code did not have the status of a treaty, as it was intended solely for soldiers fighting on the Union side in the American Civil War.