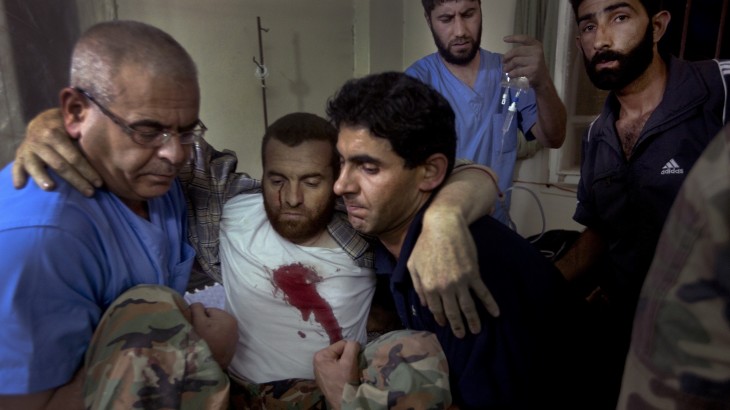 Syria, Homs governorate, Qussayr, field hospital. A doctor moves a wounded and stabilized man, to make room for the wounded who are constantly arriving at the hospital.

The stench of blood and burned human flesh is etched in my memory. Snapshots of adults and children with horrifying injuries are omnipresent in my dreams.

I am a war surgeon. For more than twenty years, I have been piecing together people torn apart by mines and bombs, or riddled by rifle bullets. Uganda, Somalia, Afghanistan, Libya, Syria and Yemen are part of the long list of war-torn countries I have worked in. 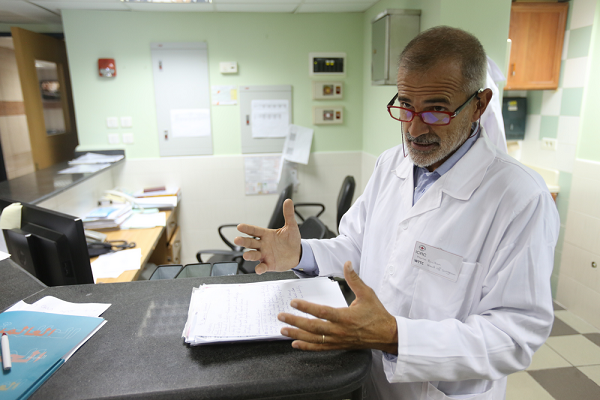 Lebanon, Tripoli, Al-Shifa Hospital. Marco Baldan at a “weapon Trauma Center” in Lebanon. The center takes in war wounded people from both Syria and Lebanon.

In all of them, I have operated on a steady stream of war-wounded patients. From head to toe. I have done so in the most austere environments and as bombs were falling from the sky.

Keeping in mind the high energy that bombs, mines and bullets carry, they generate a terrible amount of harm within the human body. The damage caused requires special medical expertise that is not tutored at most medical faculties. This expertise is referred to as “war-surgery” or “war-trauma care”.

With the sharp increase of armed conflicts in the region, young doctors and nurses are increasingly faced with war-related injuries early on into their tenure. A thirty year old doctor working at a leading hospital in Israel or in Gaza, has already experienced a mass influx of casualties and dealt with a series of horrific injuries: such as blast wounds and several-limb amputations.

War-trauma care must be an integral part of the curriculum of all medical faculties across conflict-affected countries. It improves our chances as doctors to save a war-wounded patient’s life by giving us the technical “know how”.

Our profession can be extremely disheartening even more so when played out against the shadow of armed conflict. . There are times when controlling a patient’s pain is the best we can do, allowing them to die in dignity. The patient’s dignity has as a matter of fact been raped prior to their arrival at my operating table.

Armed conflicts excel at taking away people’s dignity. They start by eating away at people’s livelihoods and the various services they depend on, and then go on to steal away their lives and those of their loved ones. Leaving them at times as fragments of who they once were.

Entire generations, have been permanently scarred. Regrettably, many more men, women and children are destined to join their ranks. Without global and local political action, the fate of these men and women remains grim. 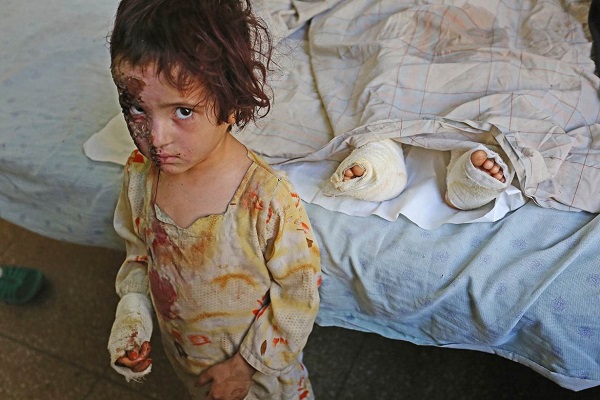 Occasionally, and as I stand in the emergency theater, operating on patients riddled by bullets or torn apart by explosions, I wish a handful of lead politicians in war-torn countries could join me. Would their decisions be different if faced, on a day-to-day basis with the human cost of war- in its most raw manifestation? A piece of meat. The remnants of a human being. 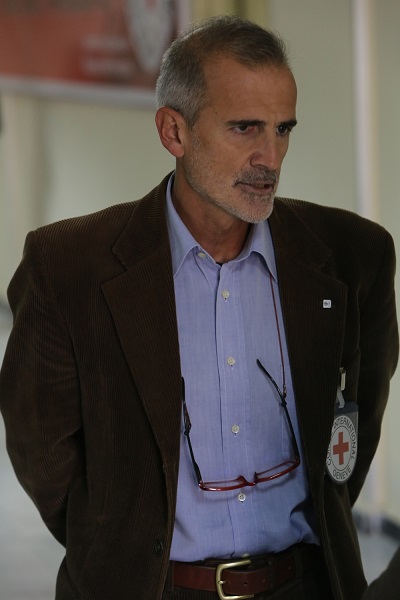 Libya, Benghazi. Marco Baldan heads a war surgery seminar for surgeons and senior nurses at the height of violence in Libya.

The tragedies I have seen so far in my career have left deep scars within me. Unlike many of my patients, my scars are invisible to the eye.

Twenty years into my career, I muster up the courage to say, “it does not have to be this way”. As a war surgeon, I vow to keep doing the best I can to piece people back together and to attend to their wounds. I fear however that my efforts, along with those of my fellow doctors and nurses, remain a rat race when looking at the state of the world today. We will never be able to cure man’s inhumanity to man.

Dr. Marco Baldan is a senior war surgeon who has been working for the International Committee of the Red Cross (ICRC) for about 20 years. He visited Gaza end of February 2017 within the framework of ICRC’s quest to include war-surgery related modules into the curriculum of select Gaza universities.