The International Committee of the Red Cross is thinking outside the box, along with developers and editors of games, on ways to make gamers internalize the Geneva Convention, while playing simulated war games. 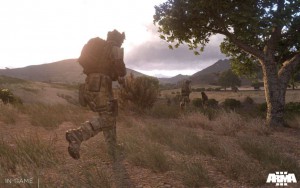 Link to the article published in Haaretz

Wars and violence have become one of the most popular topics in computer games since the days of “Tank Space Invaders”, released for Atari 2600. For over 30 years billions of computerized aliens, orcs, soldiers, criminals, police officers and ordinary characters, unfortunate enough to be at the wrong place at the wrong time, have suffered unnatural deaths at the hands of millions of gamers of all ages.

All this violence has prompted countless campaigns by politicians, religious leaders and educators, certain that they are raising the next generation of killers. However, as mentioned, years have passed and so far studies have failed to demonstrate a direct link between violent games and violent behavior. Still, one cannot say that games, like television or cinema, do not instill a certain world view, do not teach anything.

That is exactly what the International Committee of the Red Cross thought as well, when they decided to try in recent years to see how you can take advantage of precisely those violent games for education. Christian Rouffaer, head of the virtual training tools project at the International Committee of the Red Cross, told “Haaretz” how it started. “The project started in 2011 when we began to ask, ‘What can we do about it?’ Millions around the world play video games so realistic that you feel like you’re in a real battlefield. The question was – Do we know everything about it and do we have anything to say about it? ”

Games such as “Battlefield”, “Call of Duty” and “Arma” always boast about their level of realism, whether by improving graphics from generation to generation and by models of weapons and vehicles, or the capabilities of the gamers. But Rouffaer and his colleagues decided to try to bring a new level of realism to the games.

“The initial goal was to conduct a dialogue with the industry on the Geneva Convention and international law – principles that we are trying to promote as much as possible – through games,” he said. “Of course we will not try to combine it in Skyrim but we do try to do it in games that deal with modern combat.”

Indeed, in the early years of the project they had met with the Game Industry Association and with all the big companies and tried to see how they could influence the content. “It is not a matter of changing the world in a week, but working with the industry and teaching something useful without ruining the fun. There are no major changes but we slowly we can see them changing,” he added. “The credit goes to the editors of the games as they have to make choices that may be perceived as offensive to the players – it is very brave because these companies have investors and economic goals. If they cannot sell the game it will be a problem”.

Rouffaer himself is a bit divided; on one hand, as a gamer he says he loves games with a deep and complex story that is not black and white, such as “Spec ops: the Line”, which relies a lot on the “Heart of Darkness”: “When you challenge gamers and go against the grain and define a conflict in a way that makes people feel uncomfortable, when you leave a strange taste in the mouths of people who have never experienced war, I think it is very interesting and rare – there are not many games like that.”

On the other hand, he tries to introduce elements that remind that there is good and evil, forbidden and permitted. “A good example is torture,” he said. “Once it was only the bad guys who tortured. In recent years, games have scenes of torture in which also you the gamer, as the hero, – torture. For us it is a serious problem – not the torture itself, but blurring the lines of what is legal and what is illegal. I think for us it is obvious that torture is illegal, period. But if you ask 50 percent of the young people, they are not as conclusive regarding the question of torture during war. ”

Contrary to all the campaigns against violence in games, Rouffaer, who describes himself as an enthusiastic gamer since the age of 12, does not try to block content or remove it: “It never helps”, he said. “The idea is not to remove anything from the game – but to understand that every action has results.”

For example, when they met with a company which chose, like many others, to completely remove civilians from the scene and create a neutral playground, where everything that moves is a target, they asked the developers why, actually. The reply was, “We have removed the civilians, because the temptation to shoot them was too great.”

He said that it is exactly what they do not want. “We say, ‘Bring them back and invent a system that requires you to take care where you shoot. Is it really bad for players? Personally, I prefer it that way, and from reading the forums on the net, it seems gamers are looking for more complexity,” he added. We will never ask to kill civilians in a game. But we will ask that there will be consequences.”

The example of their most productive cooperation is with Bohemia Interactive Company, which develops the series “Arma” – a combat simulator and one of the most realistic in the gaming market. Among other things, they use the game’s editing tools to create educational videos on critical issues, and last year even took part in a video competition. But more importantly – they have managed to incorporate this complexity. For example, if there are anti-personnel mines, Rouffaer explained that the idea is not to remove them from the game but to provide the explanation that they are prohibited by various international conventions.

“It is not just the text,” he explained. “In “Arma 3”, and its predecessor Arma 2, if you shoot a civilian in the middle of a battle, it will not be Game Over. But, if you massacre 20 civilians – the program will no longer consider it a mistake, and you will be treated as a person who has committed a crime. In reality you will be arrested and prosecuted, in “Arma 3” your allies will treat you as an enemy.”

This is only one of the issues they are trying to influence in games. Another issue is the tendency of games like “Battlefield” or “Call of Duty” to reward players who use knives to kill by having them collect the victim’s dog tag and get more points. “You killed someone and you collect a kind of a loot from the body. This sounds like a small issue in comparison to torture or killing civilians – but the question is what message are you sending? I am not saying that people should stop collecting things. But we are looking for more ideas – maybe drop the dog tag and collect other, more personal, items”.