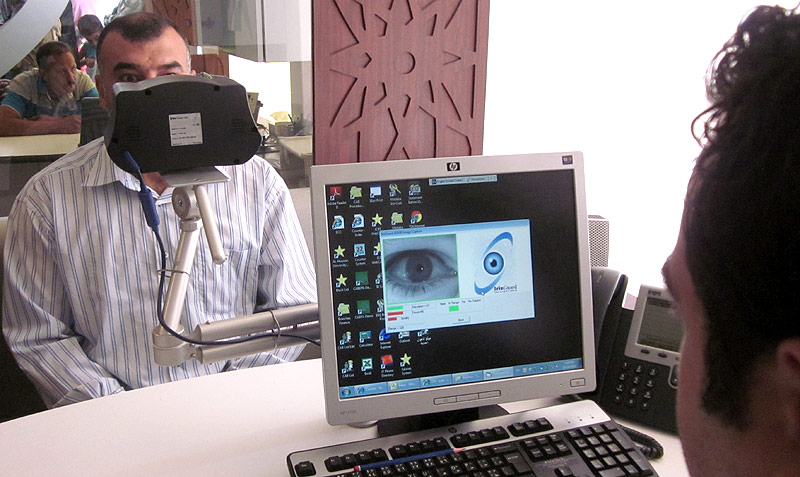 With no solution to the Syrian crisis in sight, people are still crossing into Jordan in search of a safe haven. Many are impoverished and struggle to meet their daily needs. The ICRC is providing them with food, water, basic health care and other aid.

Most Syrian refugees cross into Jordan through the north-eastern border, where they are met by Border Guard Forces and then accommodated at one of six ICRC-supported temporary transit facilities. The ICRC has equipped the facilities with shelter caravans and tents, sanitation caravans, water dispensers and diesel generators, and made available primary health care by providing medical supplies to local authorities.

“The vast majority of refugees undergo an exhausting journey to reach Jordan,” said Catherine Gendre, head of the ICRC delegation in Jordan. “Providing basic necessities such as water, food, shelter and health care – when needed – has been our priority in the north-eastern border area.”

Refugees normally stay from two to three days in the transit facilities before they are taken to Raba’a Al Sarhan Registration Centre in the northern governorate of Mafraq; from there they are sent to one of the refugee camps set up in Jordan to host Syrians. 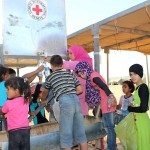 The ICRC recently began to provide health screening and clinical services for refugees at Raba’a Al Sarhan to help identify those who require immediate care before being transferred to the designated refugee camps.

From May to July, the ICRC: 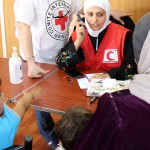