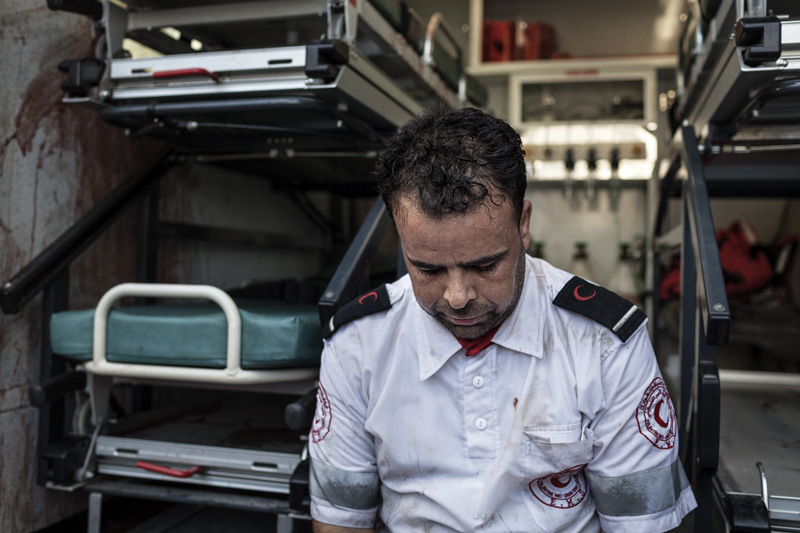 The International Committee of the Red Cross (ICRC) is appalled by the damage caused to the hospitals and branch offices, as well as to the property, of the Palestine Red Crescent Society (PRCS) during the conflict in Gaza. A PRCS compound in Khan Younis came under attack today, and five members of a PRCS worker’s family were injured. About 250 people were sheltering in the compound when it was hit.

On 30 July, the main PRCS hospital and administrative facility – centres for vital emergency and management services throughout Gaza – were caught in the crossfire.

“PRCS staff and volunteers have been working round the clock to save lives, bring help and keep hope alive; with the worsening of the conflict, the obstacles to their work and the danger they face have grown alarmingly,” said Robert Mardini, head of ICRC operations for the Near and Middle East. “The PRCS are doing vital, extraordinary work and they must be allowed to continue doing so in safety. The collapse of the humanitarian space must be averted at all costs. Once again, the ICRC calls on the parties to stop the killing, injuring and endangering of civilians and large-scale destruction of civilian property”, Mr. Mardini added.

Two members of the PRCS’s staff have been killed in Gaza and more than 40 emergency workers injured, while on duty, since early July. At least 26 ambulances have been damaged as well. The PRCS’s workers and ambulances in Gaza, and its hospital and branch offices, are all clearly marked with the protective red crescent emblem.

The ICRC specifically reminds all parties of their obligation to respect and protect medical personnel, ambulances and facilities, as provided for under international humanitarian law. The parties to the conflict must ensure that medical personnel are not endangered or harmed, and hospitals and ambulances not attacked, damaged or misused.