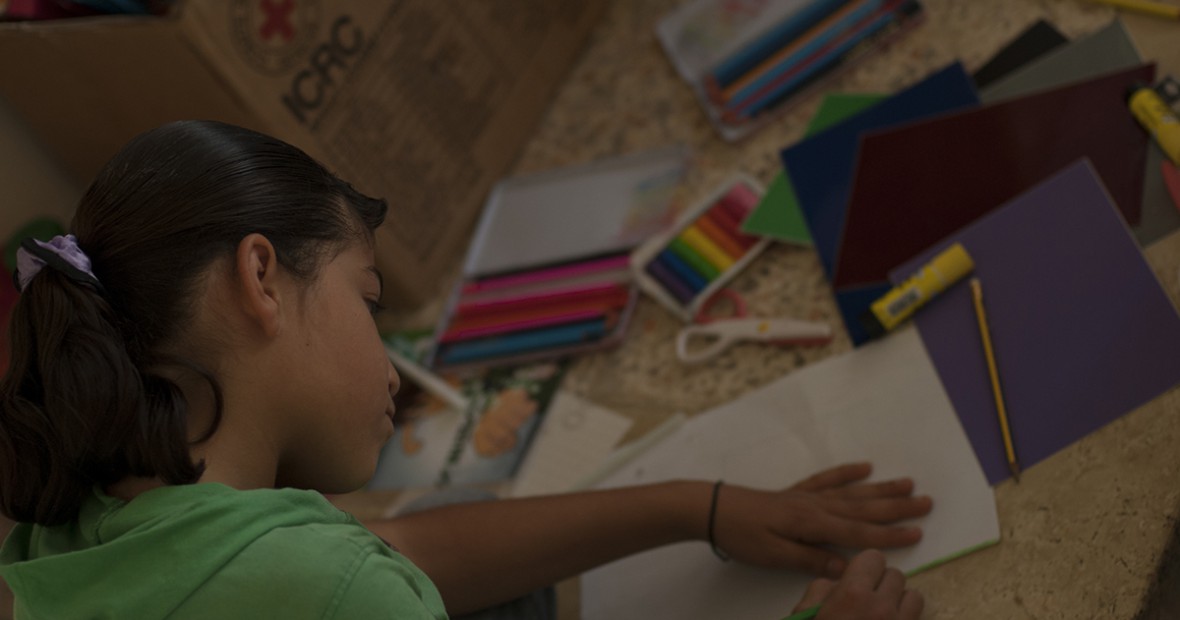 Hostilities continue to cause frequent shortages of water, food and medicine affecting tens of thousands of residents and displaced people in Aleppo city and rural Aleppo. In recent weeks, the ICRC and the Syrian Arab Red Crescent have delivered much-needed medical supplies and other aid across front lines.

“Civilians across Aleppo and in nearby areas are still struggling to keep safe and obtain basic services such as health care,” said Boris Michel, head of the ICRC delegation in Syria. “We intend to continue to work with the parties, as we have been doing over the last three months, to maintain our access to people suffering the effects of the violence throughout the city and rural Aleppo.”

On 19 May, in a significant development, the ICRC received the authorization it needed to deliver food and other items for 60,000 people in eastern rural Aleppo and over 30,000 in Al Bab, Manbij and Greater Orm. No ICRC assistance had reached opposition-controlled areas in the previous nine months.

The ICRC has also provided medical supplies that will enable hospitals across Aleppo to treat up to 800 patients with weapon-wounded or other injuries. On 9 June, it delivered medical supplies to two hospitals in government-controlled Aleppo. On the same day, Syrian Arab Red Crescent personnel crossed into opposition-controlled parts of the city on foot to bring additional supplies to two local hospitals that have struggled to keep up with the constant influx of patients.

“Humanitarian needs across the governorate remain significant,” said Hind Akooly, the delegate in charge of the ICRC’s Aleppo and rural Aleppo operations. “We are standing by, ready to carry on with what we and the Syrian Arab Red Crescent started last month, but the parties must continue to grant us and the Red Crescent unhindered access to people harmed by the conflict, wherever they might be.”

Seeing to it that clean water is available for Aleppo residents remains a priority for the ICRC. The city has been facing a crisis since April, with millions of people regularly cut off from clean water. ICRC and Syrian Arab Red Crescent engineers are working together with local water boards to repair damaged infrastructure with the aim of improving people’s access to clean water over the medium term. In recent weeks, they have provided the Aleppo water board with generators, water pumps, decontamination consumables and water dispensers. The ICRC and the Syrian Arab Red Crescent have also installed toilets, taps and water pumps, and upgraded the pipe network at a temporary facility accommodating detainees recently transferred out of Aleppo Central Prison.

Providing emergency relief in an impartial manner also remains a priority for the ICRC in Aleppo governorate. The organization is once again calling on all parties to meet their obligations under international humanitarian law. In particular, they must spare civilian lives and facilitate the work of humanitarian aid workers.

In May, the ICRC provided food for over 455,000 people in 11 governorates: Damascus, Rural Damascus, Dara’a, Quneitra, Sweida, Homs, Hama, Tartus, Latakia, Aleppo and Idlib. Most of the people receiving the aid were Syrians displaced within their own country. Nearly 6,000 people living in shelters for the displaced in Homs and Damascus had daily meals prepared for them in ICRC-supplied collective kitchens supported by the Syrian Arab Red Crescent. An additional 80,000 people displaced by the fighting were given hygiene items, blankets, mattresses, towels, water buckets, rechargeable flashlights, candles, cooking sets and other household essentials.

Since May, the ICRC has worked closely with the Syrian Arab Red Crescent and local water boards to provide:

Since May, the ICRC has worked closely with the Syrian Arab Red Crescent to provide:

Tracing and other services

Syria is the site of the ICRC’s largest operation in terms of financial resources allocated. The organization has over 240 staff working in offices in Damascus, Aleppo and Tartus. It distributes food and other essentials, provides clean water, helps restore the water supply network where needed, and re-establishes contact between people separated by the conflict.