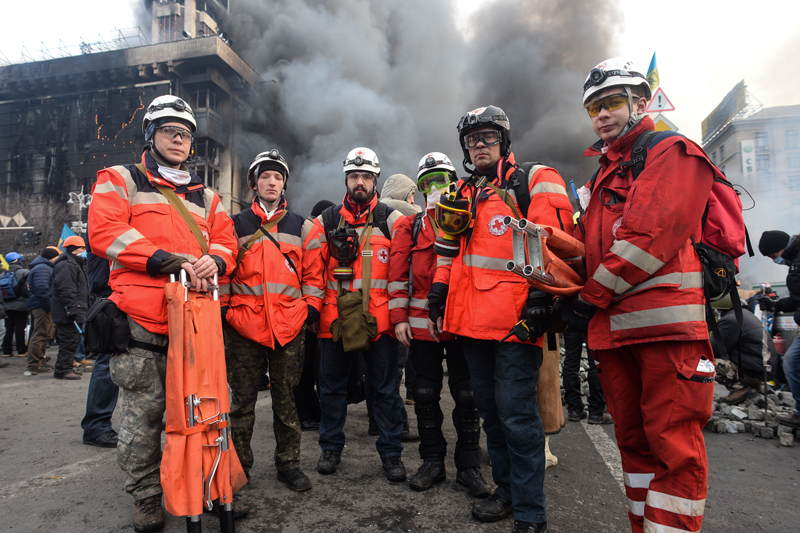 Volunteers in the Ukrainian Red Cross

Despite the volatile environment, more than 300 volunteers and staff of the Ukrainian Red Cross, mobilized since the onset of the crisis, have provided emergency medical and other assistance to more than 1,500 people affected by the situation. The safety and security of staff and volunteers working on the ground are of paramount importance to the Movement. 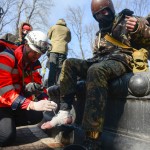 The Ukrainian Red Cross continues to be supported in its efforts by its partners within the International Red Cross and Red Crescent Movement, each of which is acting on the basis of its own specific mandate and in full compliance with the Movement’s fundamental principles, especially neutrality, impartiality and independence. 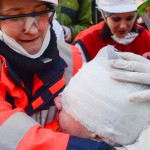 The Ukrainian Red Cross, the Russian Red Cross, the International Federation and the ICRC are calling on everyone involved in the violence to respect the red cross emblem and prevent its misuse, and to allow all Red Cross workers and volunteers on the ground to perform their humanitarian duties. The International Red Cross and Red Crescent Movement is emphasizing that the red cross emblem may only be used by those authorized to do so under the four Geneva Conventions.