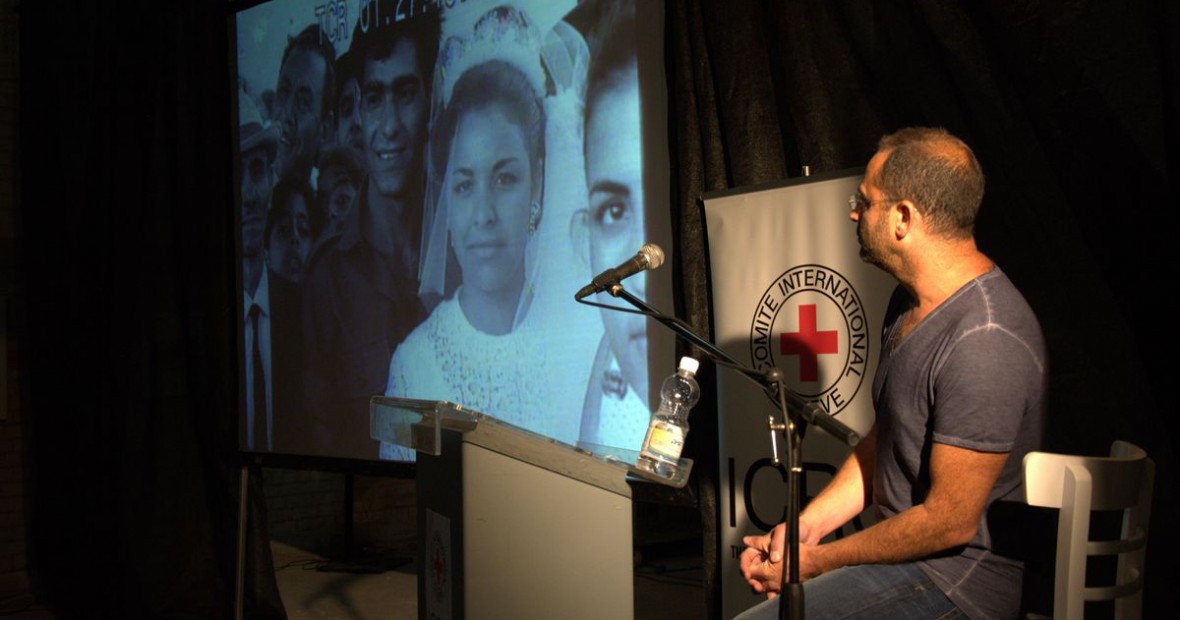 Documentary filmmaker Ra’anan Alexandrowicz has completed a special project in which he collected documentary items from the past 47 years in Hebron. In an event sponsored by ICRC, he presented the insights from a review of almost 50 years of visual documentation. We selected some of Alexandrowicz’s comments on the changes in film documentation between the Hebron of the past and present day Hebron.

“In the course of my work on The Law in These Parts, I sat down and watched everything I could find on the photographed history of the occupation. I found myself wondering a lot about the nature of documentation in the context of historic political events such as a prolonged occupation, and the role of documentation in our society and others like it.” That’s how director Ra’anan Alexandrowicz opened the evening entitled “47 Years of Documentation,” that he moderated, addressing the story of the city of Hebron over the last five decades and the coverage of the occupation and settlement of Jews in the city.

With so many films being made about the occupation, and the fact that the occupation has endured for so many decades, we have to ask: What impact, if any, has all this documentary film making had on the occupation?

“Anyone who deals with film documentation, and with political and social issues in particular, can testify to the immediate feedback we get when 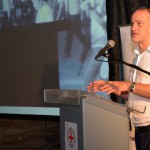 a film or item we produce is shown. This feedback is moving; it may be gratifying and it may be threatening or hurtful, but it is the only way for us to get a sense of whether we achieved what we hoped for or not. And I have to admit that usually we get the sense that we reac    hed our goal – we stimulated discussion, caused people to see something they hadn’t seen before. But actually, if we look at the reality outside of the “film” we are engrossed in, it is very difficult to measure the extent to which the work of filmmakers who document social political issues really affects their audience. That’s a riddle.”

The First Decade: The Age of Innocence

During the event sponsored by the International Committee of the Red Cross in cooperation with the Swiss Embassy, Ra’anan Alexandrowicz divided his review into four chronological periods, following the happenings in the city in parallel with the developments in documentary filmmaking.

“Until 1971, newsreels were the only audiovisual documentary medium in Israel. Anyone who hadn’t been to Hebron 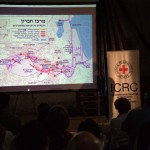 was familiar with the city through the newsreels shown in theaters before films. They were characterized by an official innocence and were also partially funded by the government and their tone was never critical.”

He began the evening with a forgotten excerpt from a documentary about the wedding of a few couples in the Cave of the Machpela. “You can see the Israelis who play a leading role in the story – innocent, good-looking, euphoric and unconcerned – and the local people of Hebron who have just been pushed “offstage” and stand watching the show, amazed.”

In 1968, Israeli television began broadcasting. Within two years, the newsreels disappeared and television became the virtually exclusive documenter of life in Israel in the 1970s and 1980s. In this transition from newsreels to television, several things changed: the items were longer, the pathos disappeared, but the tone was still very official and not investigative. Alexandrowicz showed an item broadcast in 1971, right before the arrival of residents in Kiryat Arba, to demonstrate that the advent of public television changed the scene in terms of format, but did not necessarily change things in terms of investigative reporting and critique.

The Second Decade: The Public is Exposed to Reality. The Question Is What to Do with It?

However, it wasn’t long before the content of what was said on television changed. With the rapid maturing of public television, the coverage became less official. “In the late 1970s and early 1980s, something began to change with respect to coverage,” Alexandrowicz suggested. “More challenging questions were asked and television began to present more investigative and critical journalism.”

Perhaps by chance, and then perhaps not, an event that was to change the situation once again in Hebron was the takeover of Beit Hadassah by Hebron settlers and later, the murder of six settlers in Beit Hadassah by a band of Fatah members. After the murder, the Israeli side took punitive measures, including giving the settlers permission to move into Beit Hadassah. “The news items that reported on these events presented the audience with things never seen on the screen before,” Alexandrowicz said. “In an in-depth item by Ehud Yaari, the terrorists told their story and talked about the motives behind their action. Another item, by Uri Goldstein, also discussed the violence of the settlers, as well as a sketch of what was then the plan for future settlement – a plan that has been completely realized in the meantime.”

Alexandrowicz posed several questions to the audience: What can we learn from the realization that the public was aware of all this? That the journalists gave people the information they needed in order to draw their own conclusions? What does this say about the Israeli public at the time and about the more important question as to the significance of documentation in situations like the one then and that continues to develop to this day in the territories?

The Third Decade: From News Items to Documentary Films

Regarding the decade between 1994 and 2004, Alexandrowicz concentrated on full-length documentary films, which gave documentation more space, enabling the more thorough treatment of issues, abandonment of the news-like tradition, and an attempt to convey the situation to the audience by means of emotion and cinematic expression. The events were no longer

reported in retrospect, but suddenly occurred in front of the camera. The documentary filmmakers earned the trust of people who let them look deeply into their lives and thoughts. Focusing on Micha Peled’s film, Inside God’s Bunker and Anat Even’s Asurot, Alexandrowicz showed what happens to documentation in films like these, where the harsh reality of Hebron “stars” in its own role.

“These types of scenes, where people reveal their own lives in front of the camera, remind us that documentary filmmaking is based on presenting reality by means of reality,” Alexandrowicz commented.

It is an art in which the raw material is the lives of real people, usually in difficult situations, and it presents us, the documentary filmmakers, with many predicaments. The dilemmas are related to the presentation of the “truth,” about how to attain the best cinematic and humane results, about the type of relationship we develop with the people we film in order to create the story and what type of commitment towards them we develop as a result.

The Last Decade: The Documented is the New Documenter

Technology is developing and also changing the form of coverage out there. “Beginning in 2000, films made with compact video cameras began to appear in the news and cinematic work as well. In 2005, the technology changed even more, and the founding of YouTube now enables almost anyone to film and distribute material without the need of documentary filmmakers, editors, producers or offices,” Alexandrowicz said. “The arrival of international organizations, Israeli political organizations and human rights organizations in the city brought the use of cameras to a record high, with filming becoming an effective means in legal struggles, as well. In this new situation, people who used to be the subjects became the documenters.

As a result, the new documentary filmmakers differ somewhat from the traditional

But what other effects can the era of total freedom of documentation have on the perception of reality and the impact of documentation on reality? Is the loss of the “documenter’s” power over the process and distribution of documentaries a good thing or does it also have a downside? How does the flood of videos really affect public opinion? These are questions that remain unanswered after this evening.

Alexandrowicz chose to conclude on a pessimistic note, “Our basic assumption when we think about documentaries is that if people are aware of specific situations they will correct them, aspire to make things better. It’s an almost religious type of belief. But we have to look at the case of Hebron, the case of the occupation, the case of Syria and say that this assumption is, at the very least, questionable.”