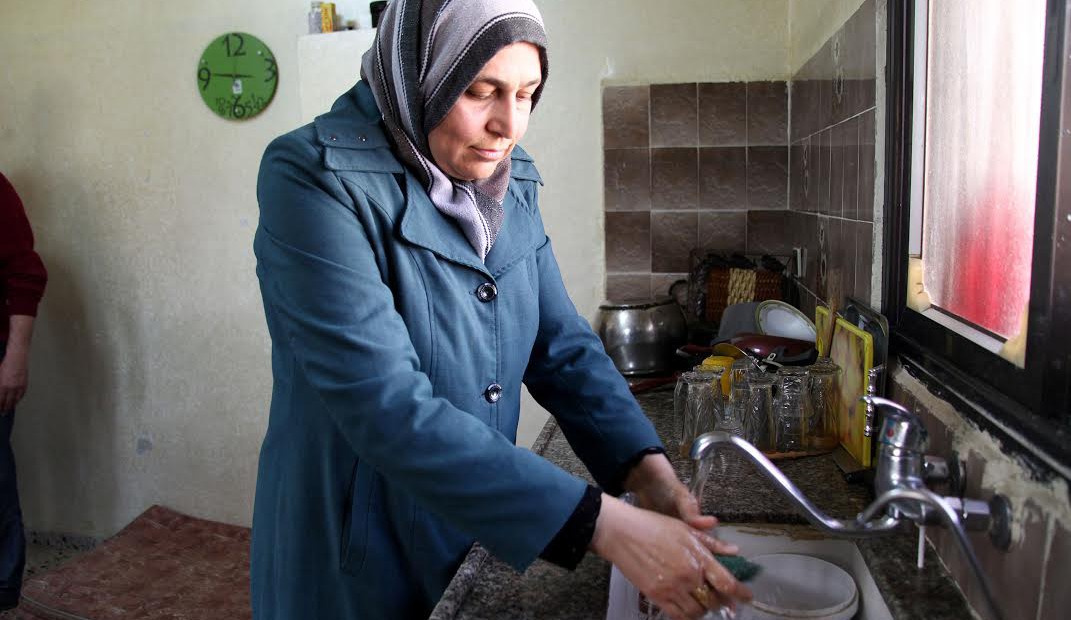 “If there is no water, life would be nonexistent”, Aysha Qadoumi, a Palestinian housewife from the village of Jayyous, West Bank, exclaims. Through a unique project by the ICRC, Jayyous has been connected to a water pipeline that passes underneath the West Bank Barrier.

Water shortages used to be a common occurrence in recent years for the 4,000 or so residents of Jayyous. Following the construction of the West Bank Barrier in Qalqilia, the residents of Jayyous found themselves no longer able to access the five water wells located in agricultural lands, which now lie on the other side of the barrier.

This impacted every day life and the livelihoods of the residents, the majority of whom are farmers relying on a regular water supply for their crops, particularly during the long, hot Middle Eastern summers.

“We used to suffer,” says Aysha Qadoumi, “in the summer, the water would be cut for ten days to two weeks at a time.”

”During the water shortages in the town, the cost of water per cubic meter was 50 shekels (15USD). Not everyone could afford to buy water, and unfortunately sometimes it would be cut for several days.”

The ICRC installed a 5 km-long transmission pipeline, passing underneath the West Bank Barrier, in order to provide running water to the community.

“This 14-month project has been challenging, especially in terms of the coordination required to connect Jayyous to the water resources located behind the West Bank Barrier,” Jacques de Maio, head of ICRC delegation explains.

“ICRC was a neutral intermediary, coordinating between the Israeli authorities and Palestinian stakeholders. All the hard work paid off.”

The ICRC facilitated the passage of all necessary materials, engineers, workers and equipment. Today, a stable water supply has returned to Jayyous.  The residents say they are hoping to build farming infrastructure, as well as plant more trees.

“Everything will change,” says Aysha. “When consuming water now, even a small amount, we no longer need to worry about it being cut off. We’ll be able to go about our daily life, cleaning, watering the plants and so on. And we’ll be able to plant trees again.

“Following the implementation of the ICRC project, we no longer have a water crisis”, Ma’zouz Qadoumi, the Head of Public Relations at Jayyous Municipality, concludes.

“Eight years ago, ICRC initiated its support to the Palestinian Water Authority, at a time when external financial support was limited,” Jacques de Maio explains. “Together with our partners in the West Bank and in Gaza, we have laid down the foundation for several water and sanitation projects that have improved the daily lives of thousands of Palestinians by providing them with better access to clean drinking water and water for irrigation.”.

Summary of the project: