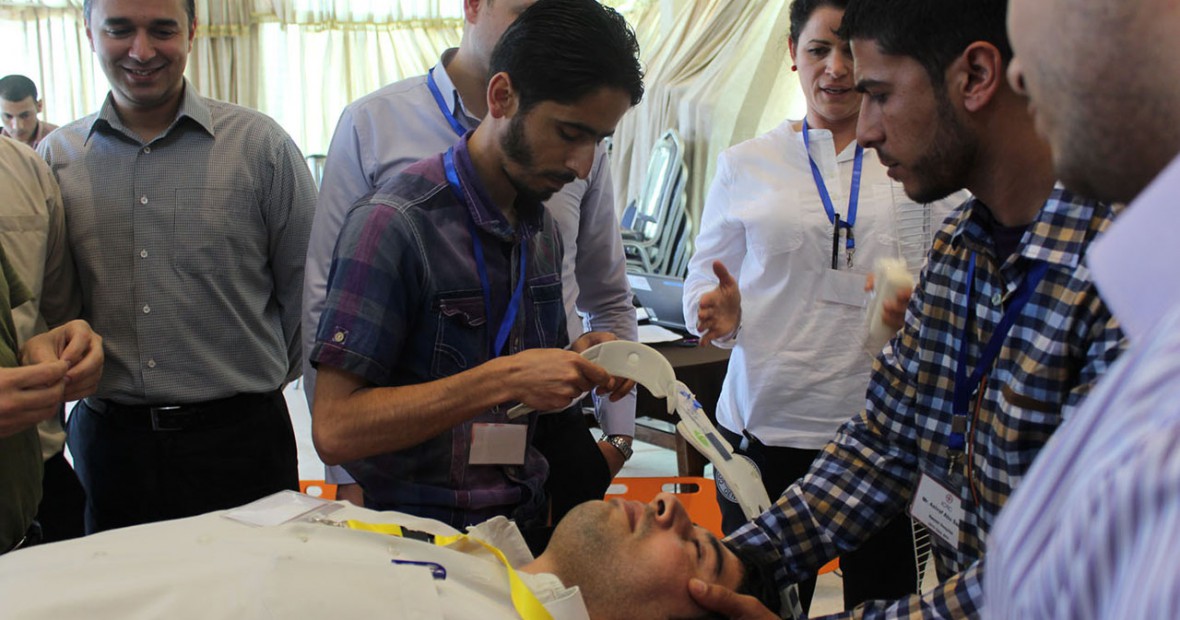 The ICRC launched a 3-year Emergency Trauma Course project to support the capacity of the Ministry of Health’s medical staff in the Gaza strip.

The project will take place in the 3 main hospitals in the Gaza strip: Al Shifa, Nasser and the European Hospital.

Aiming to strengthen the practical and theoretical knowledge of nurses and doctors working in the emergency departments, the project will run for 3 years ensuring long-term sustainability and development. 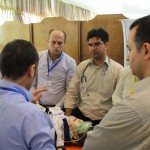 Gail Corbett, Health Delegate at the ICRC said: “The project is designed to teach a systematic approach for doctors and nurses to use with trauma patients on a day to day basis or in the event of mass casualties.

The training will include 48 doctors and 48 nurses per year. At the end of the course, the participants are expected to be able to demonstrate clear priorities in terms of trauma management. 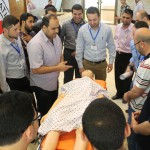 The training project follows an extensive ICRC program that took place over the past three years, during which emergency departments in Nasser, European Gaza, Beit Hanoun, Al Aqsa and Kamal Odwan hospitals were rehabilitated.

“People in Gaza need reliable, effective emergency medical services,” Christian Cardon, Head of the ICRC in Gaza, explained. “ICRC’s contribution has been to improve the facilities and strengthen emergency treatment. Today, around 55,000 patients per month benefit from improved emergency services supported by the ICRC and we are now taking the next step with our new emergency trauma course.”

In 2013, ICRC contributed to the management of 194,873 hospital admissions cases, 40,519 surgical interventions and 480 haemodialysis patients in the Gaza strip, while maintaining ICRC’s capacity to respond to health emergencies. This included support to 13 Ministry of Health hospitals – totaling 2,097 beds – with 141 tonnes of emergency drugs and disposables, biomedical parts, preventative maintenance kits (haemodialysis and medical gases), and spare parts for generators. Similar support will continu

The organization also provided rehabilitation services to 2,500 patients through its support for the Artificial Limb and Polio Centre in the Gaza strip. It also provided the Palestine Red Crescent with financial support for its emergency medical services, which operate throughout the Palestinian territory.