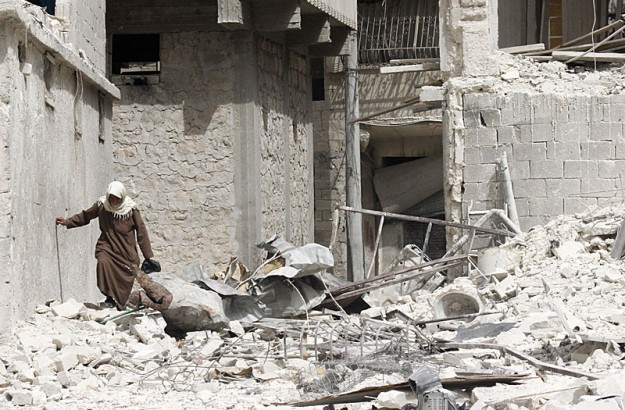 The International Committee of the Red Cross (ICRC) has announced a budget extension that will bring funding for its operations in Syria and neighbouring countries to a level unmatched by any other ICRC operation over the past 15 years. The total budget for the organization’s activities within Syria will come to 139 million Swiss francs (approximately 157 million US dollars) once the extension is fully funded.

“The relentless violence in Syria continues to affect millions of people, thousands of whom are struggling merely to survive. Because of the widespread destruction, basic services and vital infrastructure are in a state of near collapse, and the economy is at a standstill. It is urgent that the ICRC expand its activities in Syria and neighbouring countries in order to respond to the most pressing needs,” said Robert Mardini, the ICRC’s head of operations for the Near and Middle East. “The gap between the constantly increasing needs and the humanitarian response continues to deepen as the crisis worsens. Needs are growing at a much faster pace than the humanitarian aid being provided. We remain unsatisfied with the current scope of our protection and health activities and endeavour to intensify our dialogue with all parties.”

Although the ICRC, working together with national Red Cross and Red Crescent societies, has been able to provide millions of people in Syria with food, water and other relief items, it has yet to gain the safe access it needs to deliver urgently needed relief to tens of thousands of people living in certain areas. Lack of respect for the rules of international humanitarian law, extreme levels of violence and daunting constraints pose huge challenges to neutral, impartial and independent humanitarian action. The ICRC and the Syrian Arab Red Crescent need access to areas in Syria that are currently hard to reach not only to deliver water, food and other relief items, but also to provide much-needed medical assistance.

“Neighbouring countries already suffering from a lack of political or economic stability are reeling from the impact of the Syrian conflict as refugees continue to flow in,” said Mr Mardini. “As the conflict drags on, the inability of neighbouring countries to cover the basic needs both of refugees and of the local population could easily result in a further aggravation of the humanitarian crisis. It is therefore crucial that the ICRC, national Red Cross and Red Crescent societies and others coordinate their activities to meet both the emergency and the long-term needs of Syrian refugees and host communities.”
In Lebanon, Jordan, Egypt and Iraq, where hundreds of thousands of Syrians have gone to seek refuge, the ICRC is working together with national Red Cross and Red Crescent societies to help people restore or maintain contact with family members and to carry out other important humanitarian activities.

The budget extension announced today amounts to 76 million francs (83.6 million dollars), bringing the total budget for humanitarian operations for conflict-affected Syrians to 193 million francs (212 million dollars). Most of the funding is used to help Syrians inside Syria, with the rest going to help refugees and host communities in Lebanon, Jordan, Egypt and Iraq.

In March and April, the ICRC and the Syrian Arab Red Crescent provided about 900,000 people inside Syria with water, food and other essential items. To enhance its ability to perform its tasks, the ICRC is also seeking to improve its acceptance by all parties to the conflict and to increase respect for international humanitarian law and for aid workers.

Additional information on the budget extension: