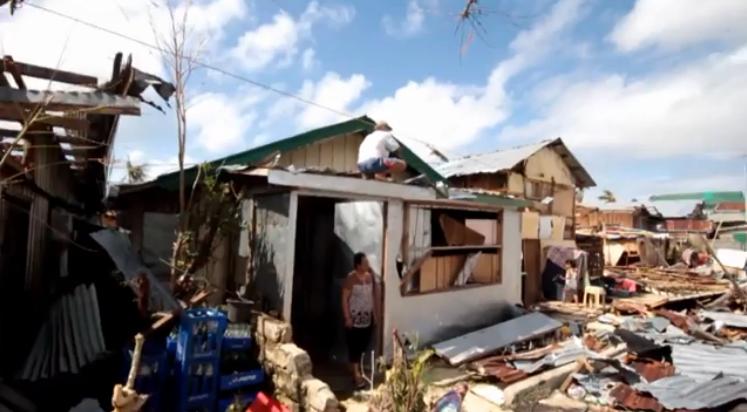 After Typhoon Haiyan ravaged and destroyed considerable parts of The Philippines last year, killing 6,000 and displacing over 4 million people, the ICRC is implementing a long-term recovery plan for the survivors.

In the immediate aftermath of the mega storm, ranked as the strongest tropical cyclone to ever make landfall, the Philippine Red Cross, together with the International Federation of Red Cross and Red Crescent Societies (IFRC) and International Committee of the Red Cross (ICRC) have been at the forefront of relief efforts, between them distributing emergency relief, including food, shelter items, water and cash to more than 1 million people.

But now longer term relief efforts are needed. “We are barely getting by”, says 70 year old Sofronio Macasca in Eastern Samar. “We were already poor, now life is very difficult”, he says. Samar island – where the storm first made landfall –  is a priority area for recovery operations.

One family in Basey lost 135 coconut trees, which each year yielded more than 500 coconut fruits worth 15 pesos (about a third of a US dollar) per kilogram. These will take ten years to grow back to their previous capacity.

A recent Red Cross assessment of the typhoon-affected area reveals that many communities in the process of recovery are hindered from further progress due to the pre-existing levels of poverty. As well as being the country that is the most exposed to tropical storms in the world, the Philippines is also one of the world’s poorest states, with a GDP per capita of just $4,500 in 2012. The ICRC assessment team recommended that to have a greater impact, recovery work needs to focus on livelihoods and shelter.