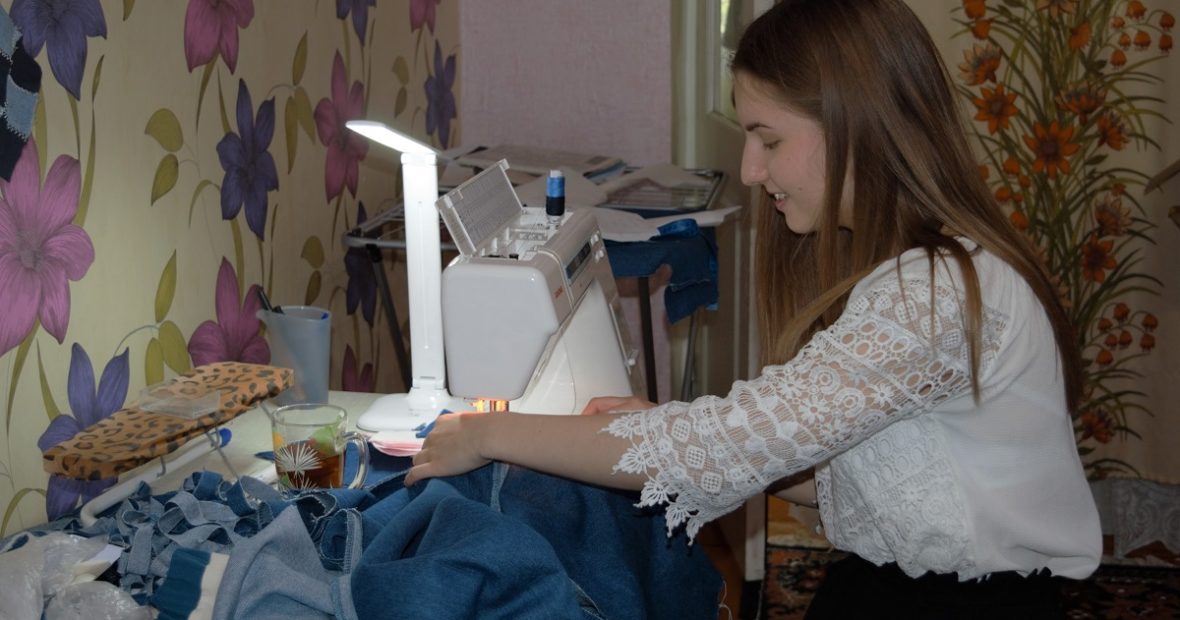 Yana Solomko is 19 and she often thinks of her home town Gorlovka in the East of Ukraine. Gorlovka is the place where she had school friends and favorite spots, where her parents had a successful business that helped them raise Yana and her younger siblings. A place, which they all had to leave when it turned into a conflict area in 2014.

Back then, Yana’s parents threw summer clothes into a suitcase and fled the town, being sure that they would be back within a few weeks. Back then, they didn’t know that this plan was not meant to come true.

Having spent a few months close to Mariupol, the family moved to their relatives in Mykolayiv, a town in the southern part of Ukraine. Despite hearty relations and hospitality of the hosts, comfortable living of 8 persons in a small 2-rooms apartment can be a challenge. Yana’s family started looking for a modest accommodation for rent. The family budget was strictly limited as the father was the sole breadwinner – an owner of a fish selling company in the past, here he managed to only find a job of a driver. Mother Oksana is taking care of children, two of whom, including Yana, have disabilities. Yana was born with a prenatal pathology and lives with one kidney.

Many internally displaced people faced difficulties in finding new accommodation – it was not uncommon to be refused to even have a look at an apartment because of where they came from. Still, after a long search, the family found a small clean flat on the ground floor – the location would have discouraged some, but for this family it was a stroke of luck, even if the rent and food ate up the whole family budget. 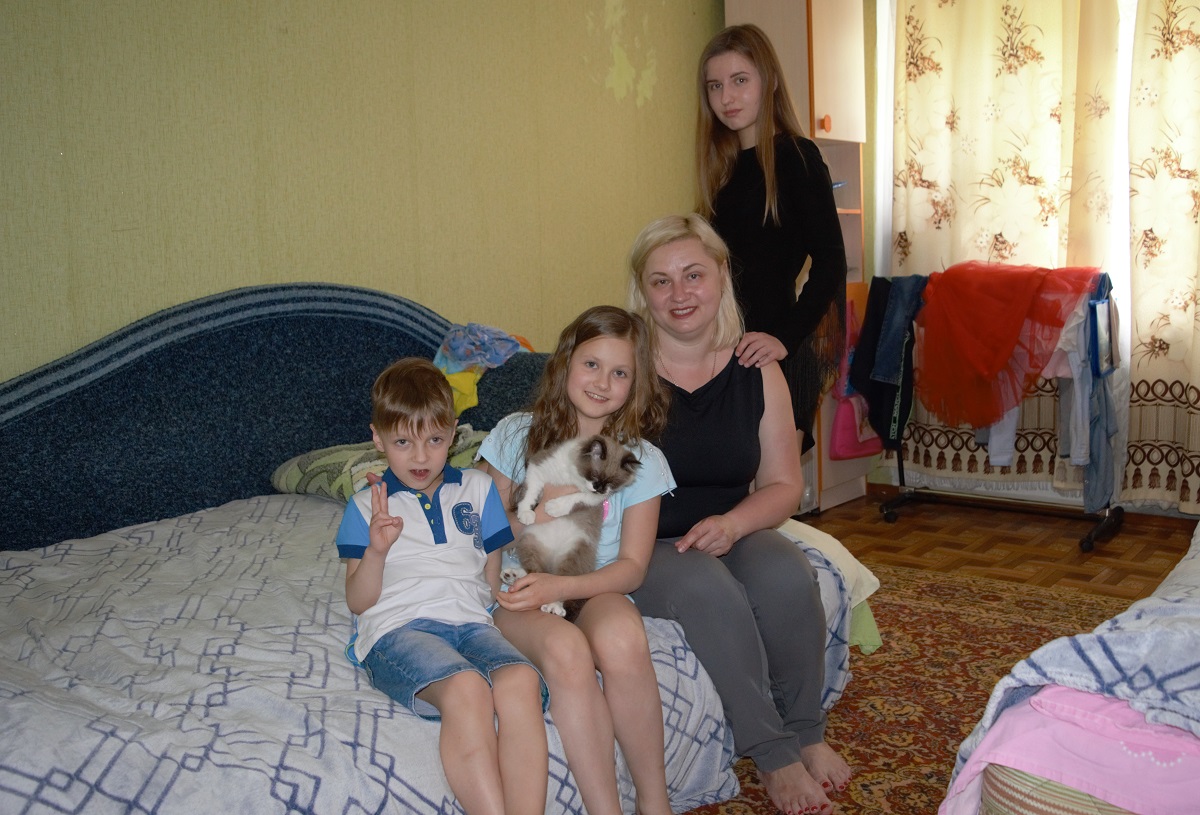 This year, the youngest member of the family starts school – it is a real victory for Yana’s little brother Sasha. Because of complications during labor and the childbirth, the boy was lagging in his development. In the first 2 years of his life Sasha underwent 5 rehabilitation courses but the program was terminated after the move. Still, Oksana hopes that children will accept her unusual son, especially since the family is already known at the school – her second daughter Dasha, who is 10, also studies there.

As a family with children who have disabilities, the Solomkos receive ICRC food parcels and hygiene kits every two months. The assistance program is implemented in three southern cities – Odesa, Mykolayiv and Kherson, since this region has received a large number of internally displaced people and many of them have special needs. The relief assistance, comprised of basic foodstuffs and hygiene items, is called to lift some of the financial burden off modest budgets of the most vulnerable families.

It is thanks to this assistance that Yana’s dream of having her personal sewing machine came true. Yana’s mother managed to save the necessary sum as now she could spend much less on food. ‘I also stopped taking younger children to a shop with me. They always ask for sweets or candies. It’s hard to say no, but I don’t have the money. I prefer to leave them at home, even when they promise they won’t whine.’ – shares Oksana.

Yana Solomko is finishing her second year at the Mykolayiv Academy for Arts and Design. Without a sewing machine, an exemplary student was not able to do all the assignments. Now, the girl sees a new path ahead. She dreams of becoming a designer of clothes for children, but also making clothes for sale to help her family. 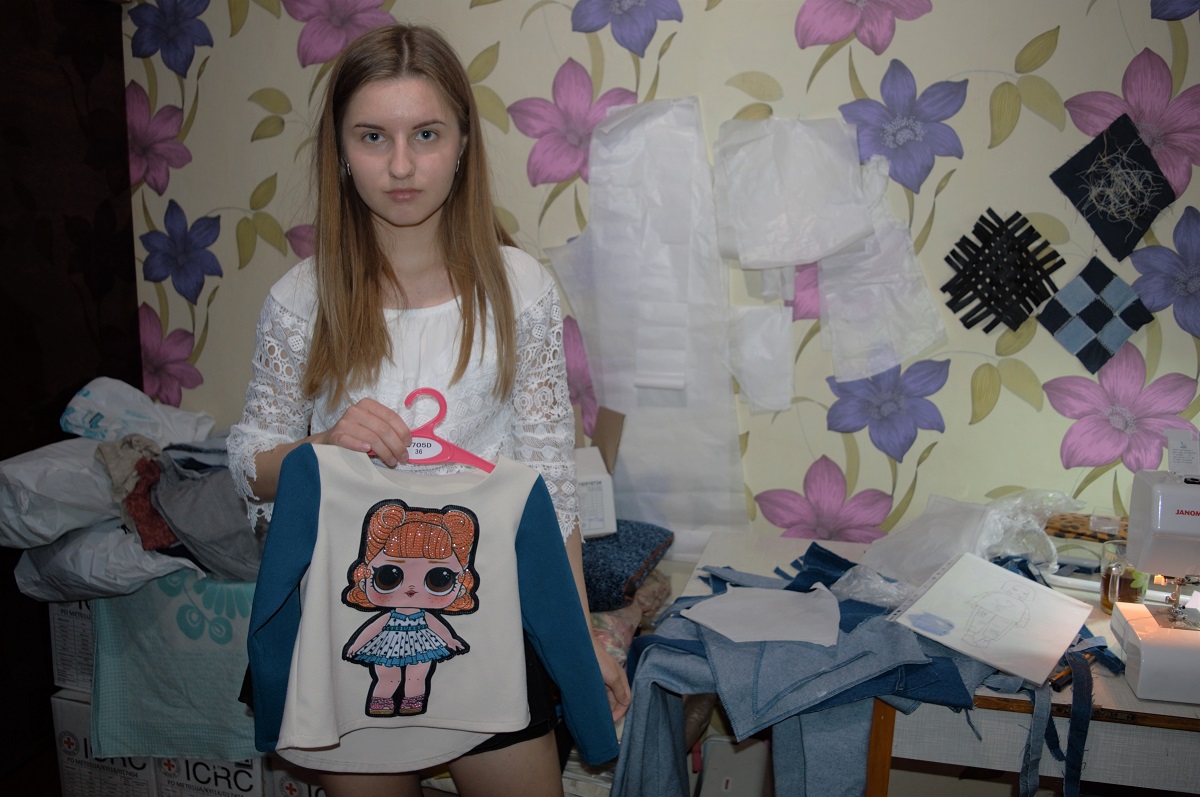 Now, she still lacks some equipment to start her own business, and above all – an overlock. Yana explains that proper hemming is what makes clothes last long. But an overlock costs much more than a sewing machine and the family doubts that they will manage on their own this time.

‘Clothes must be pretty to underline individuality of kids. Plus, children grow fast, and parents always need to buy something new. But if they are disappointed in the quality, they won’t come back the second time’. – Yana adds and admits that she even has a name for her future brand already – the ‘Solokids’.