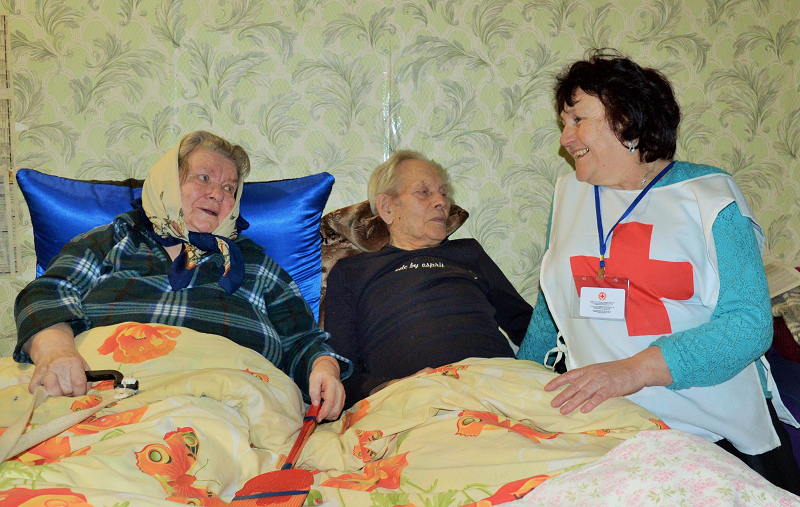 Fedir and Valentina moved from their house in the village of Novozvanivka, caught up in hostilities in Eastern Ukraine, to Lysychansk a few years ago. Since then, they have been renting a small room without windows – the only accommodation they could afford with their modest pension. Every morning, they wake up with the hope that the conflict will end and they will be able to return to their home. Every evening, they fall asleep with disillusionment because sad news from their native village do not cease.

Back in Novozvanivka, Valentina and Fedir spent several months living in a humid basement, seeking a shelter from regular shelling. For the second time in their lifetime, they bore witnesses to military operations in close proximity; in their childhood, both of them had to endure the hardships of the Second World War. Hungry and frightened that, at any moment, their journey could be abruptly ended, they eventually decided to leave their home. Thus, the couple turned up in Lysychansk.

Valentina, who suffers from diabetes, became paralyzed very soon after moving. Other health complications added to that, which significantly worsened her health. Fedir is convinced that the worsening of his wife’s state is a consequence of all that they endured during the conflict.

Fedir did the house chores and took care of his wife, until he suffered a micro-stroke himself. As a result, he unfortunately lost the ability to move almost completely. 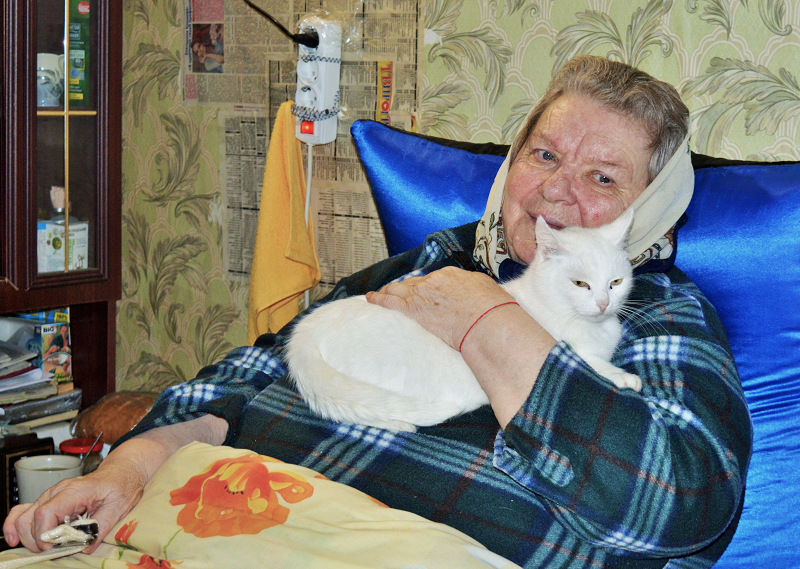 With help of various devices, Valentina and Fedir try to keep a modicum of independence. It is the hardest for Valentina, who is bed-ridden. She can sit up by pulling herself up on a handle attached to the bed frame by a rope. Her biggest problem is that there is no toilet in the room.

She has not been outside for a long time and misses the fresh air and sunshine. If there was a window, she could at least see the sunrays through the windowpane. Their cat, however, provides consolation and company. It is the only help for Valentina when the painkillers or blood pressure pills are not working.

The elderly couple cannot shop and cook, so they have to rely on help from exterior. Hence, several times a week, Nina, who is their caregiver, visits them.

“Stay a little longer and try the borsch that Nina has prepared. She is such a good cook!” – Valentina invites us to stay for dinner.

Nina takes care of Valentina and Fedir as one of the home-visiting nurses of the Ukrainian Red Cross Society, which operates with the financial support of the ICRC. As part of this programme, more than one hundred nurses regularly provide care for people in need on both sides of the contact line in the Donbas. Last year, 680 elderly people living on their own, including persons with disabilities, received assistance in maintaining personal hygiene, housekeeping, and the necessary care throughout the conflict zone. For them, the regular visits of the nurses like Nina are a lifeline.