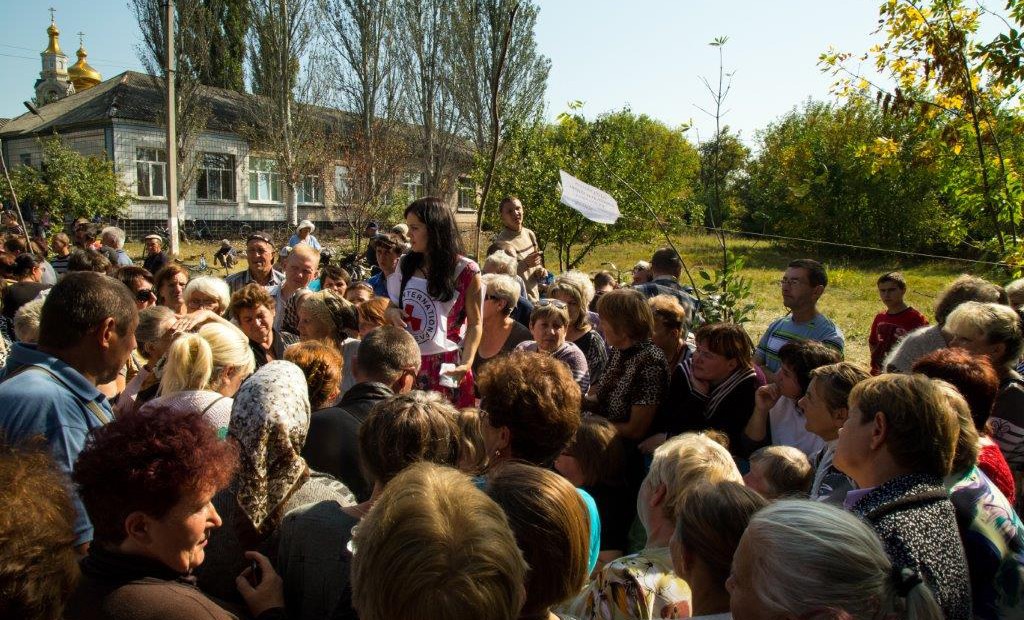 Yaroslava Tulku, member of the ICRC team in Donetsk, carrying out a major aid distribution in Staromikhailovka town. Residents of this town, which is situated close to the front line on the opposition-held territory, belong to the category of people most vulnerable and worst affected by the ongoing conflict. © Yurii Orlov /ICRC

Some women have directly experienced violence and loss during the armed conflict in Eastern Ukraine. Many of them have to deal with the conflict’s consequences – from moving their family out of harm’s way to finding food and shelter. Men are more likely to die fighting in a conflict, thus it is women who must pick up the pieces, support their families, raise children on their own and keep the community going despite their emotional, physical, and financial losses.

Some women still play an important role in the crisis: promoting peace, treating wounded and sick people and supporting those affected by the violence. They can be powerful agents to change things for the better.

On the occasion of International Women’s Day 2016 the ICRC shares portraits of women who have been affected in some way by the crisis in Ukraine. 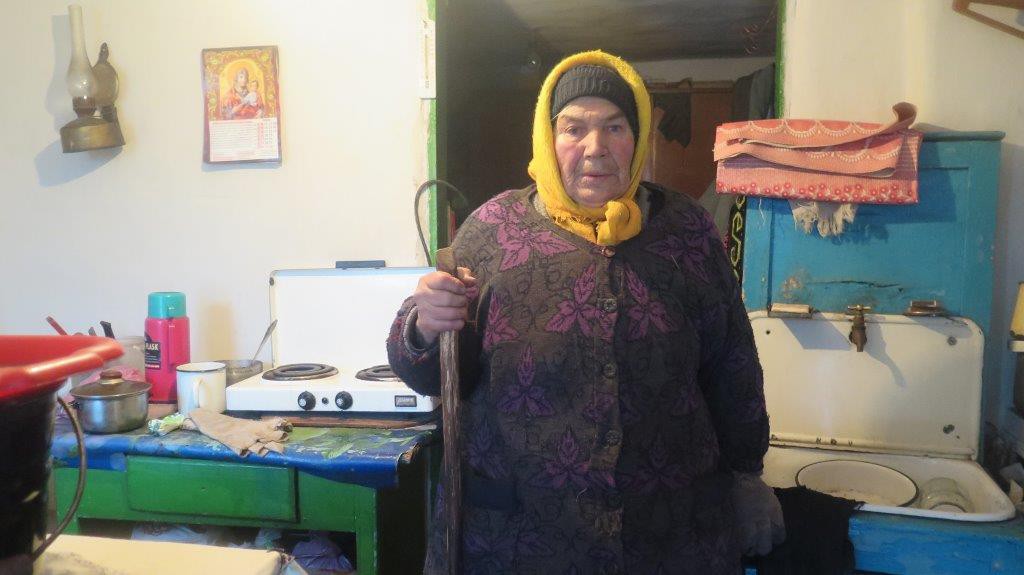 Sima – lonely 94 year old resident of Tsentralnyi town in the non-government controlled area. The town was shelled and partially destroyed in November 2014. Sima’s only son was killed at that time in the yard of her house. Since then she has been facing the hardships in the conflict area alone. © Tetyana Khyzhnyak /ICRC 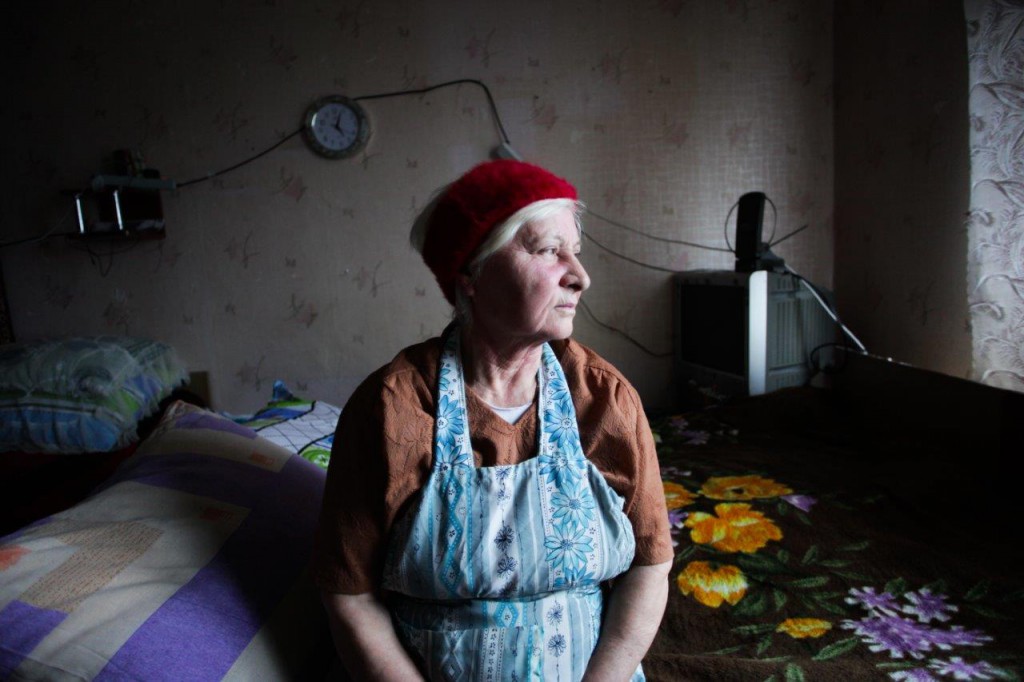 Maria – 74 year old displaced person, suffering from pneumonia. She is living in a dormitory of Donetsk University which serves as a shelter for internally displaced people. Her home, which was situated in close proximity to Donetsk airport, has been destroyed. © Roman Stepanovich /ICRC 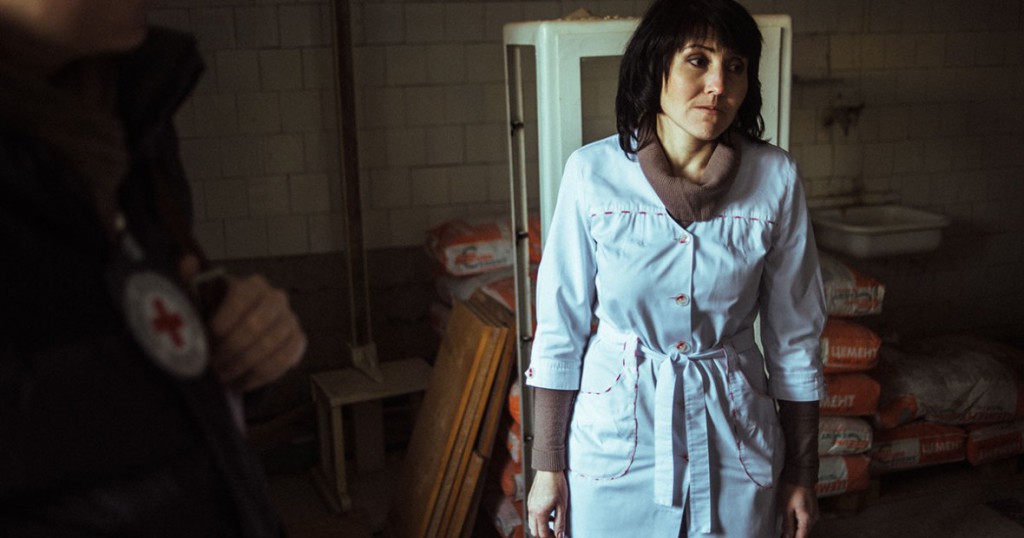 Olga Slipets – head doctor of the policlinic in the town of Lysychansk, Luhansk region. The building housing the policlinic was heavy damaged during the conflict but the treatment of patients has resumed despite difficulties in repairing the damage. Olga has involved everyone she knows in the town in the repair process. © Maxim Dondyuk /ICRC 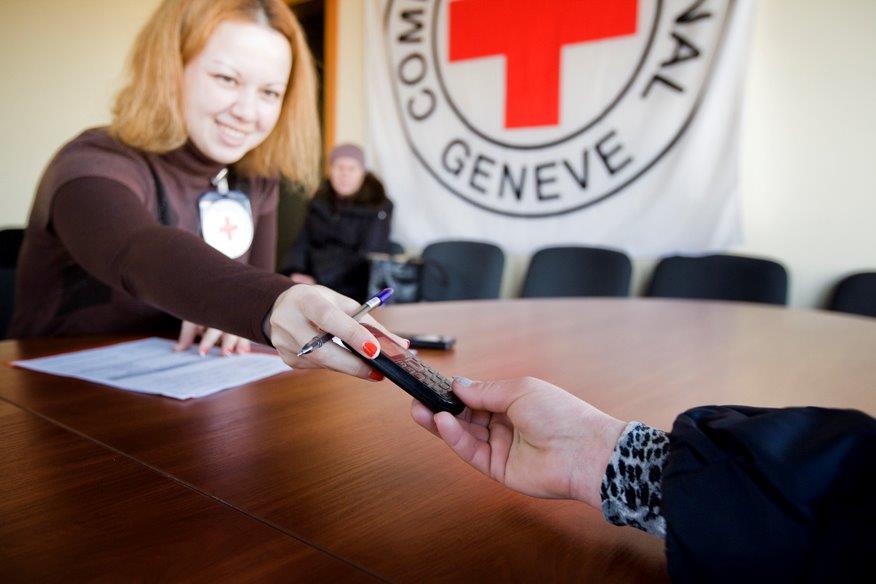 Many of the people who have gone missing in connection with the conflict in Ukraine have a mother, wife or daughter looking for them who have not given up hope. We cannot show their faces since the search for, and clarifying of the fate of, people who have gone missing is continuing. Tatyana Ryabchenko, ICRC officer in Lugansk, is pictured here during a confidential conversation with a woman who is searching for a missing relative. © Pieter-Jan De Pue/ ICRC