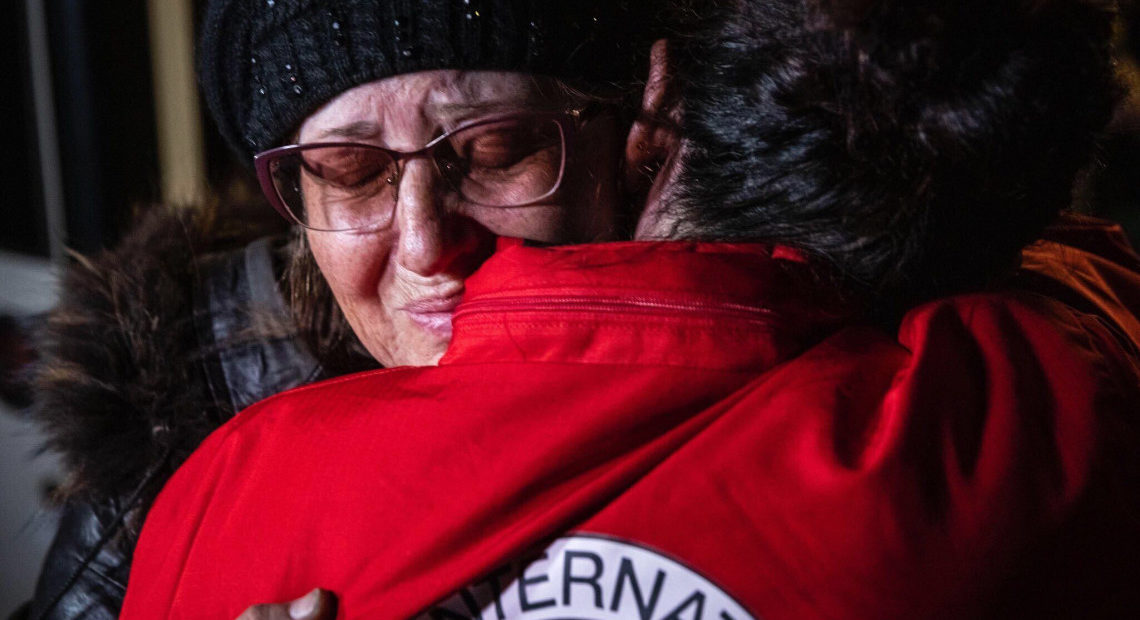 Geneva (ICRC) – The depth of emotional anguish that the international armed conflict is inflicting on communities is evident in the voices of families desperate for news of their loved ones.
NEWS RELEASE 22 AUGUST 2022 UKRAINE

Since end of February, the International Committee of the Red Cross (ICRC) has received more than 27,000 calls and emails from people looking for news of their loved ones who have been affected by the international armed conflict in Ukraine.

The ICRC has provided nearly 3,000 families affected by the conflict with news on the fate or whereabouts of their loved ones. The information provided to each of those families brings a profound sense of relief. But the fact is that many more families are waiting for news, particularly families of prisoners of war, who feel frustrated, hopeless, and angry as the days and months go by without any information.

“Over the last six months, the international armed conflict raging in Ukraine has caused a huge number of civilian deaths and injuries, massive population displacement, immense physical and mental suffering, and horrific damage to civilian infrastructure. It’s also taken an extreme emotional toll on victims of conflict and families of soldiers,” said Robert Mardini, the ICRC’s director-general. “Families are anxious and desperate for news. We hear it in their voices and read it in their words. Conflict makes it clearer than ever that families belong together. We’re determined and will continue to work as hard as we can to reconnect separated relatives.”

The consequences of a missing family member can be devastating, and families have a right to know what happened to their loved ones.

The last six months have taken a huge toll. If frontlines continue to shift, more civilians will be subjected to the horrors of conflict, with lives needlessly lost and families torn apart. The Red Cross Red Crescent Movement is working to alleviate the suffering of victims of conflict, including by providing unconditional cash grants to 625,000 people.

Some of the other work that the ICRC, the Ukrainian Red Cross and other Red Cross and Red Crescent Movement partners, including the IFRC, have carried out since February includes:

For additional information about the assistance provided by the International Red Cross and Red Crescent Movement to communities affected by the international armed conflict, please see here.

To find out what the ICRC is doing to put an end to attacks on health workers and patients, go to www.healthcareindanger.org