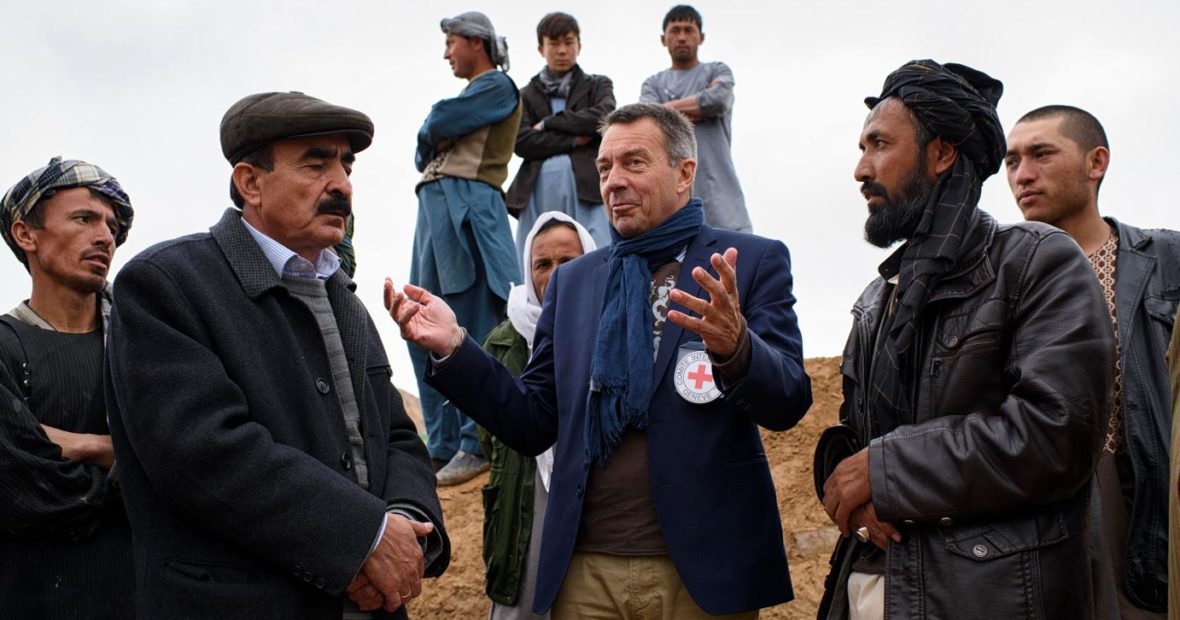 On Monday (13 September 14h00 CET), United Nations member states will gather to discuss the humanitarian situation in Afghanistan. The International Committee of the Red Cross (ICRC) is urging the international community to put the Afghan people at the heart of their deliberations.

The needs in Afghanistan are acute: the effects of 40 years of conflict have been compounded by drought and the COVID-19 pandemic.

ICRC President Peter Maurer, who has just returned from a four-day visit to Afghanistan (5-8 September) in which he travelled from Kabul to Lashkar Gah and Kandahar, said: “This war of 40 years has created enormous needs in the civilian population in particular. Now is the moment to invest much more and to support the Afghan people more in their immediate and long-term needs.”

A visit to just one ICRC-supported health facility, Mirwais Regional Hospital in Kandahar, is a stark illustration of those needs. Thousands of people were injured in fighting over the summer. More than 41,000 people wounded by war were treated at ICRC-supported facilities from June to August, an 80 percent increase from the same period last year.

At the same time, hospitals like Mirwais continue to see a steady stream of children and adults wounded by mines. Children who should be out playing with their friends, or learning in school, are being treated for injuries which may affect them for life. So too are adults—breadwinners—who now cannot support their families. These are stories we see across Afghanistan.

The UN estimates that 18 million Afghans, almost half the population, need humanitarian support. Ninety percent of Afghans live on less than $2 a day, according to the Afghan Ministry of Economy, and some 11 million people are experiencing high levels of food insecurity. The ICRC remains committed to delivering impartial assistance to all those who need it, now and in the future, but humanitarian aid is not a sustainable long-term solution for any country.

The ICRC has been present in Afghanistan since 1987 and has continued to work throughout. Its teams across the country remain operational, together with our partner the Afghan Red Crescent Society.

Today (Monday 13 September 14h00 CET), President Maurer will speak at a High-Level Ministerial Meeting on the Humanitarian Situation in Afghanistan, convened by the U.N., in Geneva. At the meeting, Mr. Maurer will warn the international community about the dangers of “conditional humanitarianism” — linked to political, human rights or other stipulations — which erodes the principles of impartial humanitarian assistance. The Ministerial Meeting and press conference will be webcast live on UN web TV.