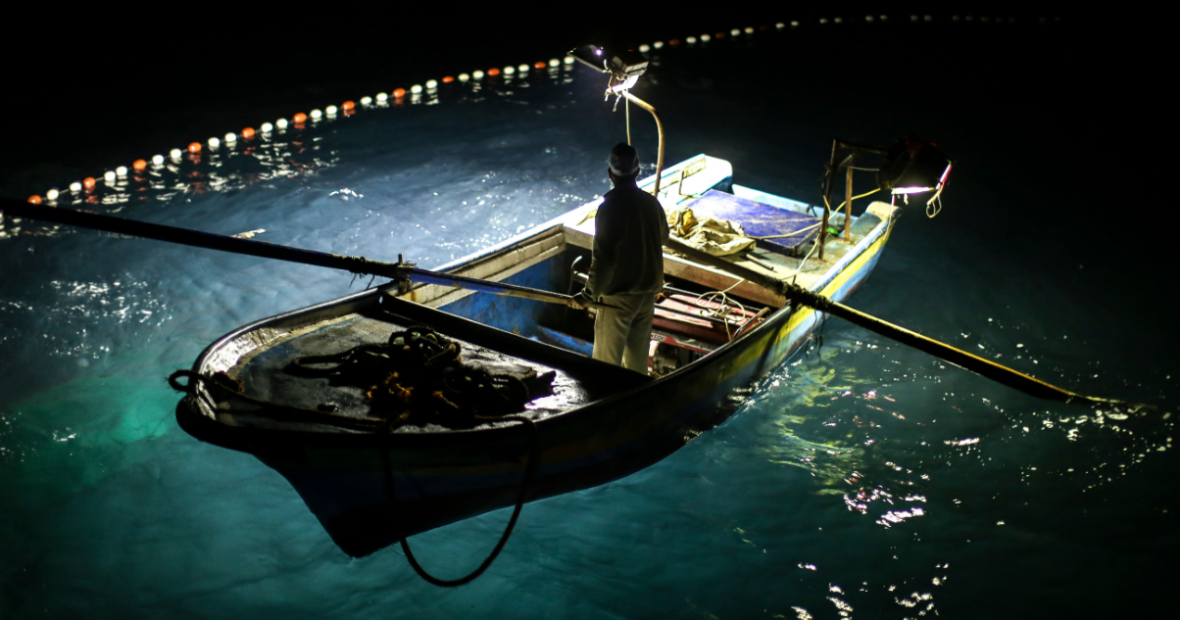 The ICRC Innovation Team expanded its Climate & Conflict Challenge to the Near and Middle East (NAME) in 2022, supporting and funding 12 new experimental initiatives aimed at strengthening climate adaptation and resilience of affected communities.

The scale of the response to the Challenge reflects “the strong appetite for experimentation, creativity, and new ways of working in the region,” says Innovation Team Portfolio Manager Mima Stojanovic. It also reflects a growing understanding of the positive role that innovation can play across the ICRC.

“Delegations are making the links between innovation and their day-to-day work,” Stojanovic says. “We provide some seed funding, a safe space for testing and experimentation, and technical support at regional and global levels, but the ideas and the drive to foster new solutions are coming from the teams in the field.”

This is a point that Marco Albertini, NAME Partnerships Operations Coordinator, underscores. “To have innovation we must open channels that are really bottom up,” he says. Albertini is based in Geneva, but stresses that the ideas submitted to the Challenge did not come from Headquarters. “These are grassroots initiatives, ideas that come from people who are out every day, who talk to the farmers, who spend time with the water engineers, who know the prices in the markets, and who are hands-on.”

All the selected pilots focus in different ways on water, energy, and food production. Because they tackle cross-cutting challenges, they demand collaboration between various technical units, and they also share elements of the core characteristics of innovation at the ICRC: testing, user engagement, and anticipation of the future.

In each case, Stojanovic says, “The solution is between the teams, and this collaboration is evident in the proposals themselves.”

Despite the geographic range of the proposals – which come from Gaza, Iraq, Jordan, and Syria – there are common themes and approaches that illustrate common threats across the region as climate change and conflict coalesce to make life even more challenging for affected communities.

A selection of the pilots are outlined below:

The community microgrid is for an initial group of 16 households and one business that will pay for their electricity, with revenues covering maintenance costs as well as replenishing a revolving fund for further investment in solar infrastructure.

The solar pumps are intended to reduce the cost of fuel used for irrigation of farmlands by switching to renewable energy, while avoiding the usual energy losses associated with converting the DC power that come from solar panels for use in standard AC water pumps. Central to this initiative is engaging the local private sector in testing the technologies in order to overcome possible market failures and ensure sustainability.

The aim of both initiatives is to reduce the economic and environmental costs of using expensive and dirty diesel generators in the energy-starved Gaza Strip.

“The rainfall patterns have changed drastically, and we are facing more frequent drought episodes,” says Melisa Bonzo, Water and Habitat Deputy Coordinator in Iraq, a country that was once a breadbasket, but is now seeing plummeting harvests and ever scarcer water for irrigation.

Among the pilots underway in Iraq are ones seeking to reduce water consumption in agriculture through condensation irrigation using geothermal heat exchange, and solar-powered sprinkler systems using water from boreholes. As water shortages increase, solutions that enable food production with less water and energy consumption are essential.

“Water poverty is the main issue in Jordan,” says Economic Security Coordinator Dragana Rankovic. Her team is turning a patch of disused wasteland into a permaculture test site, using hydroponics, aquaponics, composting, and wicking beds to reduce water use and chemical fertilizer inputs while enriching soils and increasing yields for households and small farms.

The pilot, in partnership with Jordan’s National Agricultural Research Center (NARC), will benefit Syrian refugees and their Jordanian hosts, and is intended to use 90 percent less water in the production of vegetables.

As with the initial Climate & Conflict Challenge round in Africa in 2021, the Innovation Team’s intention behind issuing a time-constrained, geographically specific call for ideas was to support colleagues with testing new interdisciplinary solutions that focus on climate adaptation programming. 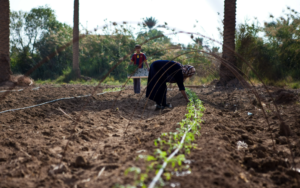 Acting as the connective tissue between staff in the field and regional and global technical experts, Stojanovic says the Innovation Team’s role is to help delegations with well-structured innovation pilot design – from clearly identifying the problem, proposing a solution that is relevant and systemic, to planning rigorous testing that can lead to a proof of concept and eventual integration into daily business.

The Innovation Team also offers seed funding of CHF 40,000-60,000 per pilot, a comparatively small amount for large country operations, but Albertini compares it to what commercial companies would term Research & Development.

“This funding gives the delegations an opportunity to do something that is really in the essence of R&D,” says Albertini, adding that it was about “fun as well as the funds.” Day-to-day jobs can become routine, and the Challenge allows staff to break out of the ordinary, focus on something they are passionate about, and make it happen.

According to Albertini, the response to the Challenge went beyond expectations, with the selected initiatives representing “the immediate concerns of people who see the reality of climate change” happening around them.

Albertini emphasizes the timely and essential nature of the Climate & Conflict Challenge in addressing what is happening on the ground and becoming the daily lived reality for so many. “When you have similar proposals from different countries on the same topic, it is a wake-up call to say, ‘Guys, this is the concrete need. Already. Now.’”

The pilots supported by the Challenge offer a series of potential solutions – both now and into the future.