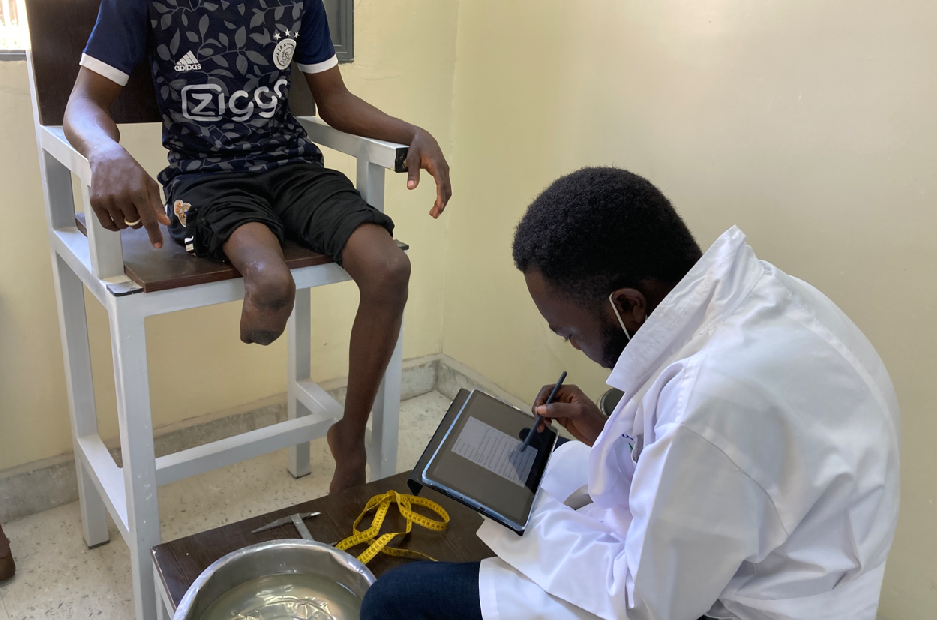 Not every innovation takes the shape of a shiny new product. As important are improved processes and better ways of providing everyday services, as the ICRC’s new digital management system for rehabilitation centers shows.

The solution is the Digital Center Management System (DCMS), “a comprehensive digital tool supporting and improving the efficiency of physical rehabilitation.”

In a nutshell, it replaces paperwork with a device that can be used at point of care, a tablet, a desktop or a laptop, ensuring files are neither lost nor illegible, and that records are close at hand at all times. And it integrates clinical data with manufacturing information so that essentials such as plaster of paris, polypropylene, metal joints and limb components, don’t run out of stock.

Adapting to the users

In some places, hospitals already use similar software for medical data recording, but when ICRC looked for options specifically for physical rehabilitation, found nothing. “It’s something that does not exist as such today in the market,” she says. So, the ICRC developed it, building on an open-source medical record system called OpenMRS.

The clinical side was combined with an Enterprise Resource Planning (ERP) open-source software called Odoo, that tracks supplies, production and other resources, to create an integrated system, says Yvan Sidler, DCMS project manager and ERP advisor.

Again, the challenge was adapting existing applications to answer a specific end user need. While ERP is widely deployed in industry, tracking the use of resources, and maintaining adequate supplies for continued production, Sidler says, “This had never been done before for physical rehabilitation in the humanitarian sector, linking service users with stock management.”

Improved efficiency means staff can focus on helping those in need rather than spending time scrabbling about for missing paperwork, or suddenly finding crucial supplies have run out.

But for Chupin it’s also important that low-income countries—where much of the physical rehabilitation work is carried out—are not left behind. In rich countries, healthcare is becoming digitalized, she points out, “so why not help the countries we’re working with to advance at the same time?”

Exchanging sheafs of paper (or, in some cases, nothing at all) for electronic devices met with some resistance, partly because people tend to like what they know, partly because computer literacy was sometimes low, and partly because using the DCMS requires applying the new standardized processes, day-to-day.

Having built the tool and found it to be effective through testing with ICRC partners in a variety of contexts in eight countries in Asia and Africa, the next step might see it returned to the altruistic community of open-source developers from which it originated, by making the ICRC’s new digital management system available to all physical rehabilitation centers, everywhere.

“We are starting to spread the information, to show what we have developed, and there is serious interest from the international community,” says Chupin.